By Choonsik Yoo and Jihoon Lee

SEOUL (Reuters) -South Korea’s consumer inflation slowed for a second month in September, data showed on Wednesday, but economists said the data would do little to change the central bank’s tightening bias amid growing talk it could opt for a bigger hike next week.

Economists said the latest data suggested inflation was at or past its peak, but expected the central bank to stick to its stance given the weakening won and an aggressive monetary policy in the United States.

The consumer price index (CPI) rose 5.6% in September from the same month a year ago, according to the Statistics Korea data, slowing for the second straight month. In August, inflation cooled to 5.7%, the first slowdown in seven months.

An aggressive tightening stance by the U.S. Federal Reserve has raised economists’ expectations that the Bank of Korea could raise the policy interest rate by a bigger-than-usual 50 basis points next week for the second time on record.

“I think overall inflation pressures have already past their peak in South Korea, but the Bank of Korea is not making policy decisions only on inflation numbers but has to consider the U.S. policy and the foreign exchange rate,” said Moon Hong-cheol, economist at DB Financial Investment.

September’s annual rate of growth in the CPI was the slowest in four months and slightly below economists’ median forecast for 5.7%, although predictions ranged widely.

The Bank of Korea has raised its policy interest rate by a total of 2.0 percentage points since August last year from record-low 0.5% to fight inflation and Governor Rhee Chang-yong has said tightening stance would continue for the time being.

The Bank of Korea’s policy board next meets on Oct. 12.

The Bank of Korea affirmed at an internal meeting on Wednesday its previous view that inflation prospects were uncertain, listing the won and global oil prices as the main possible drivers of future inflation.

The won’s steep fall has raised concerns about possible capital flight and rising import prices. The currency has weakened by 16% against the dollar so far this year.

The core consumer price index, which strips off volatile food and energy prices, fell month-on-month for the first time in a year although its annual rate accelerated to 4.1% from 4.0% in August. 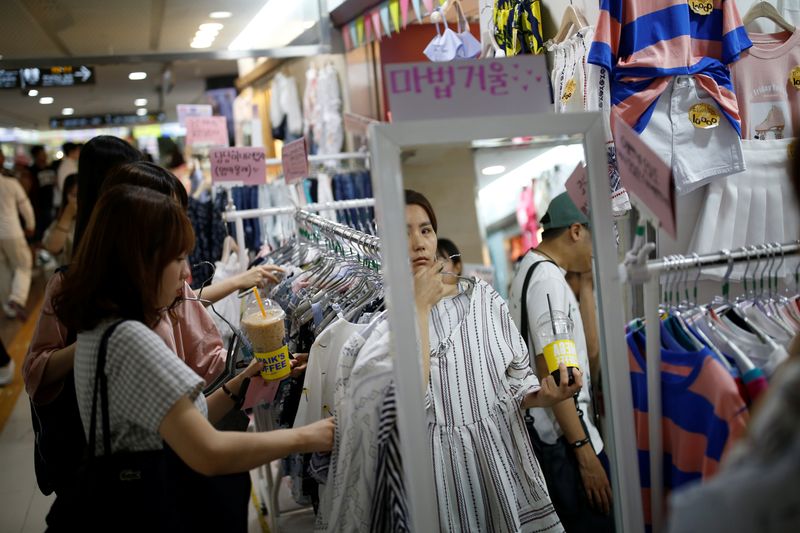