(Reuters) -Loretta Lynn, the coal miner’s daughter and moonshiner’s wife who became one of American country music’s biggest stars and a leading feminist in the genre, died on Tuesday at the age of 90, her family said on Twitter.

Lynn died at her home in Hurricane Mills, Tennessee, the family said in a statement posted on Twitter.

“Our precious mom, Loretta Lynn, passed away peacefully this morning, October 4th, in her sleep at home in her beloved ranch in Hurricane Mills,” the statement said.

“She showed us all how to unapologetically tell the truth,” country music singer-songwriter Carly Pearce wrote on Twitter.

“One of the greatest there ever will be. I’ll be singing ‘Dear Miss Loretta’ with a little extra love tonight at the @opry,” Pearce said, referring to the famed Grand Ole Opry in Nashville, Tennessee.

In the male-dominated world of country music in the 1960s and ’70s, Lynn built a reputation as a hillbilly feminist who was bold enough and talented enough to write her own songs. In “Rated X” she sang about the inequities of man-woman relationships and her song “The Pill” celebrated the sexual freedom that birth control gave women. She also sang about philandering husbands – a subject she knew about personally.

Lynn told an interviewer that 14 of her songs had been banned by radio stations.

“I wasn’t the first woman in country music,” she told Esquire magazine in 2007. “I was just the first one to stand up there and say what I thought, what life was about. The rest were afraid to.”

Lynn’s down-home twangy voice was a regular feature on country music radio and honky-tonk juke boxes in the 1960s and ’70s as she scored hits with songs such as “Fist City,” “Don’t Come Home a’Drinkin’ (With Lovin’ on Your Mind),” “You Ain’t Woman Enough (to Take My Man)” and the autobiographical “Coal Miner’s Daughter.” According to her website, Lynn had more than 50 top-10 hits.

Stardom seemed unlikely for Lynn as she grew up in a coal-rich area of Kentucky known as Butcher Holler, where her miner father died of black lung disease at age 52. Lynn said she was only 13 years old in 1948 when she married 23-year-old Oliver Lynn and by the time she reached 18, she was the mother of four children. Documents uncovered by the Associated Press, however, indicated she was 15 when she married.

She and her husband – known as Doo, Doolittle and Mooney because of his involvement in the moonshine trade – moved to Washington state in the 1950s and it was there that her music career began to bloom. On her 24th birthday Doo gave Lynn a $17 guitar and lots of encouragement. She taught herself to play and began performing at radio stations. By 1960 she had a recording contract and a self-written hit, “I’m a Honky-Tonk Girl.”

The couple drove around the United States visiting radio stations to promote her work before ending up in the country music capital of Nashville, Tennessee.

Lynn’s relationship with Doolittle was complicated and marred by his drinking and cheating, her drug abuse and mutual violence.

“He never hit me one time that I didn’t hit him back twice,” she said in a CBS interview.

But before his 1996 death, Lynn set aside her career for five years to stay home and care for her husband.

“I was devastated,” she said. “I was lost without him. I knew I had to go on but it was hard.”

Lynn, whose sister Crystal Gayle also became a country star, was the first female to win the Country Music Association’s “Entertainer of the Year” honor in 1972. She won seven other CMA awards, was voted into the Country Music Hall of Fame in 1988 and won 12 Academy of Country Music Awards.

She won three Grammy awards as an artist – one for the song “After the Fire Is Gone” with longtime duet partner Conway Twitty and two in 2004 for her work on the album “Van Lear Rose,” a collaboration with rocker Jack White of the White Stripes on which she wrote or co-wrote every song.

Lynn’s 1976 autobiography “Coal Miner’s Daughter” made the New York Times bestseller list and Sissy Spacek won an Academy Award for portraying her in a movie of the same name based on the book.

Much of the movie was shot at Lynn’s 1,500-acre (600-hectare) ranch 75 miles (120 km) west of Nashville where she maintained a Southern mansion. Lynn and her husband bought the town of Hurricane Mills – post office and all – to start the property on which they raised corn and purebred quarter horses and staged concerts.

In 2003, Lynn was a Kennedy Center honoree for her contribution to American culture and was given a Grammy Award for lifetime achievement in 2010. Three years later, President Barack Obama presented her a Presidential Medal of Freedom.

Lynn suffered a stroke in May 2017, a little more than two weeks after celebrating her 85th birthday with a two-night stand at the Grand Ole Opry’s historic Ryman Auditorium, and a broken hip in January 2018. 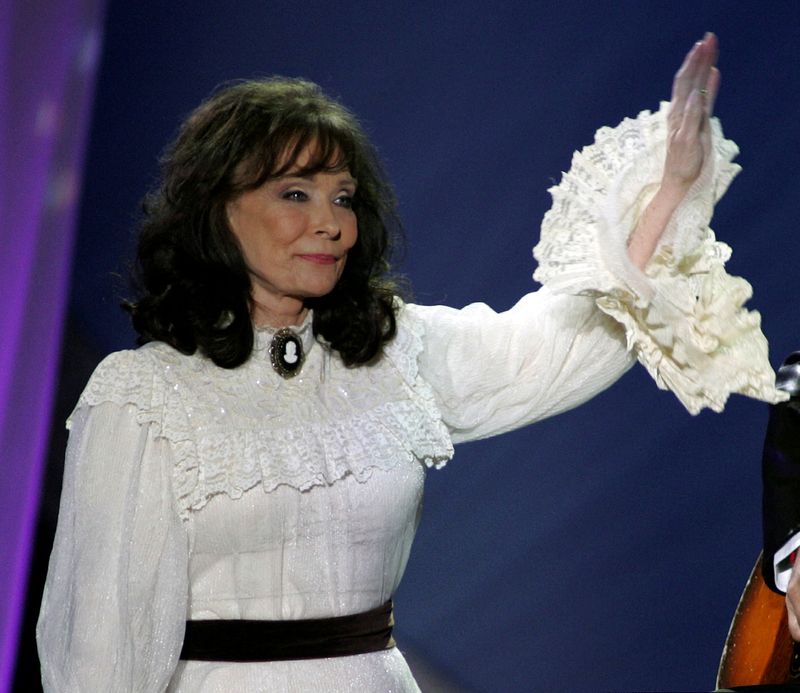 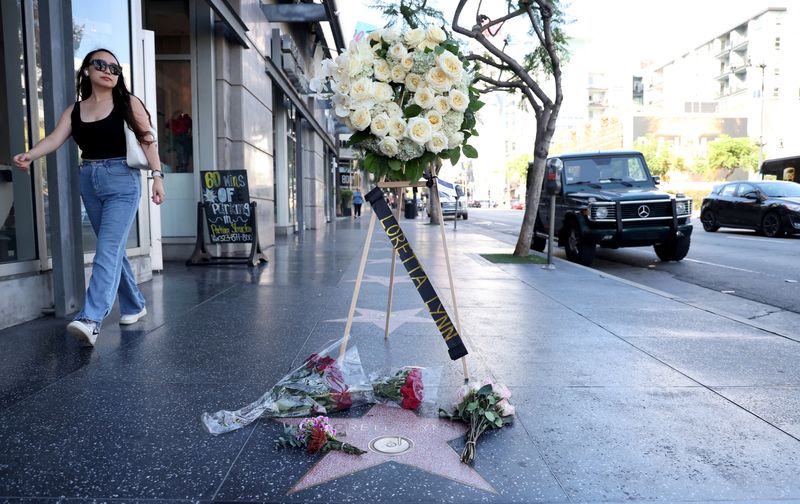 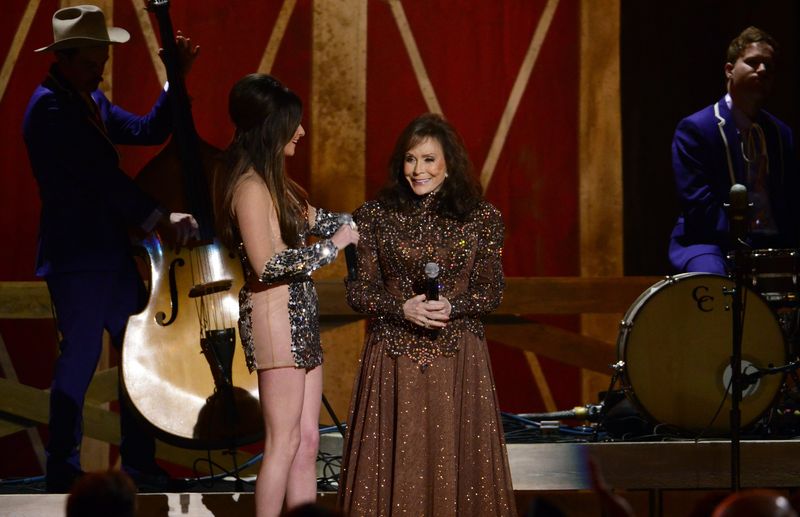 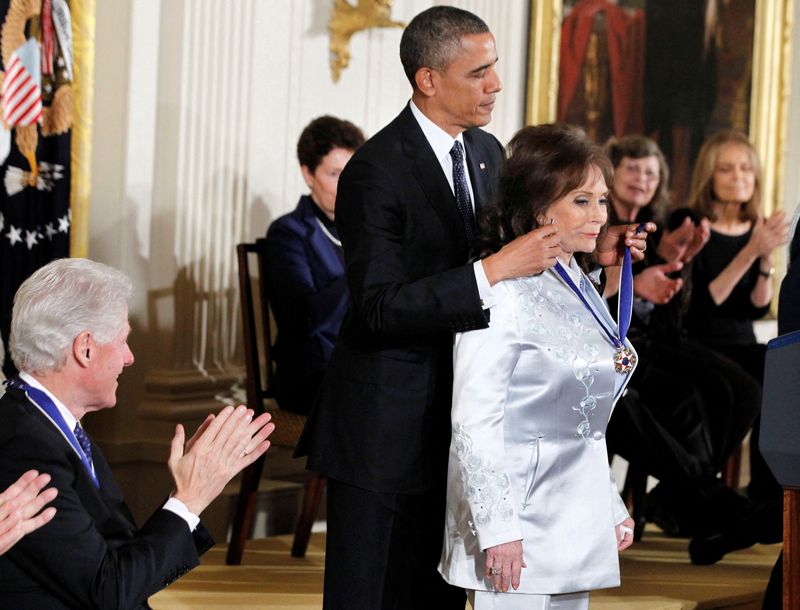 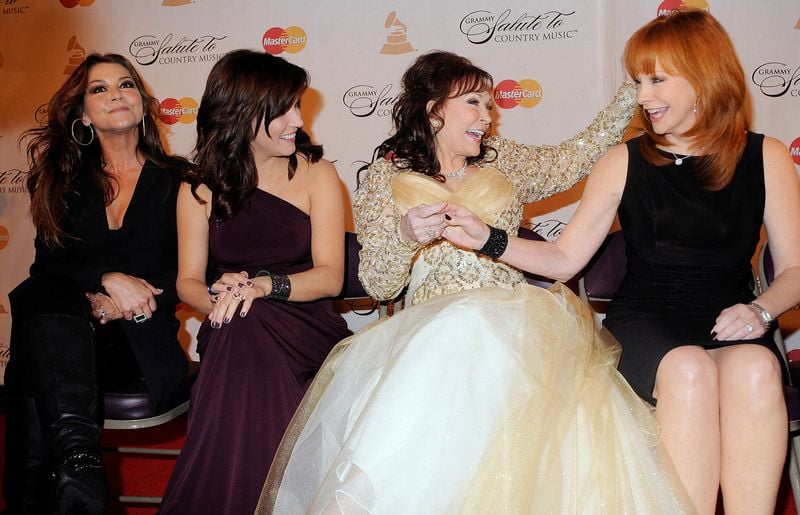