By Gabriela Baczynska and Philip Blenkinsop

BRUSSELS (Reuters) -The European Union gave its final approval for a new batch of sanctions against Russia over its war against Ukraine, the bloc’s executive arm in Brussels said on Wednesday.

The EU was spurred into action by Russia’s nuclear threats and military mobilisation for its seven-month war in Ukraine, as well as Moscow announcing annexation of parts of its neighbour – a former Soviet republic that now wants to side with the West.

The measures include more restrictions in trade with Russia in steel and tech products, and an oil price cap for Russian seaborne crude deliveries to third countries through European insurers meant to align the bloc with the United States.

In addition, the sanctions will target more individuals at the Russian defence ministry, people involved in Moscow’s ad-hoc annexation votes in occupied eastern Ukraine and those participating in bypassing sanctions.

“We will never accept Putin’s sham referenda nor any kind of annexation in Ukraine. We are determined to continue making the Kremlin pay.”

The agreement is to be formalised by 0800 GMT on Thursday if no EU country raises last-minute objections. With sanctions requiring unanimous backing of all the bloc’s 27 members, the deal is more modest than Russia hawks had proposed.

That group, which includes Poland and the Baltic states, had sought a complete ban on nuclear energy cooperation and diamond imports from Russia, as well as the blacklisting of the head of the Russian Orthodox Church Patriarch Kirill, a Kremlin ally.

Moscow-traded shares of Russia’s state-controlled diamond miner Alrosa were up on the news as Belgium – home to the world’s biggest diamond trading hub Antwerp – blocked an EU embargo on the luxury industry.

“The package could have been far stronger,” said Poland’s EU ambassador, Andrzej Sados. “But given that we require unanimity… it is important that we have this strong response to Russia’s latest aggressive steps.”

The oil cap – designed to align the whole of the EU with the G7 group of the world’s most industrialised countries – was also watered down to give exemptions to seafaring countries like Greece, Malta and Cyprus, EU diplomats said, with some doubting its practical feasibility or efficiency.

Eurasia consultancy said that tying the EU’s insurance ban to a price cap was actually watering down a blanket ban on providing insurance and financial services for Russian seaborne oil that the bloc had agreed previously and which would have taken effect from December.

Law firm Hughes Hubbard & Reed said the latest sanctions were swift for EU standards, left the room for more and affected third parties to a larger extent than before.

“The eighth package shows that the top of the sanctions ladder has not been reached, there may be more to come,” said Jan Dunin-Wasowicz, a lawyer with the firm. 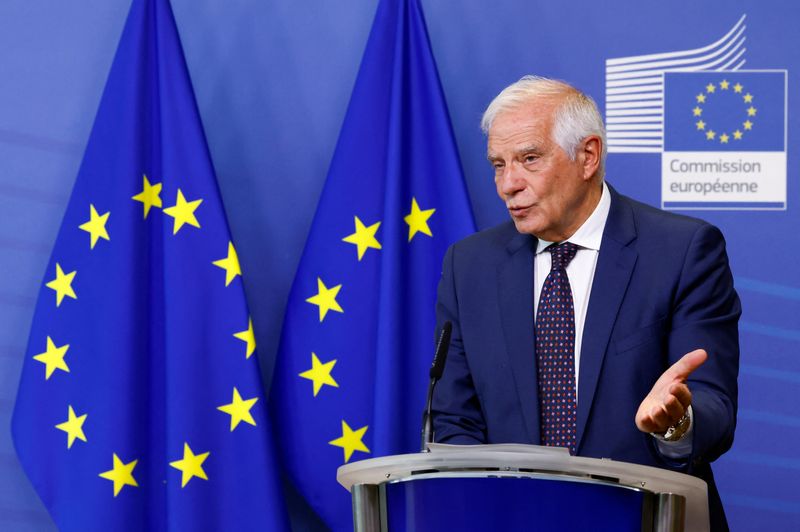