By Philip Blenkinsop and Kate Abnett

EU governments have debated a gas price cap for weeks, without reaching agreement. While a majority of EU members support some form of cap to tackle soaring inflation, Germany, Denmark and the Netherlands are opposed, citing concerns over security of supply.

The EU executive’s chief laid out her proposals in a letter on Wednesday to EU country leaders, who will discuss whether or how to cap gas prices at a meeting in Prague on Friday.

“We should consider a price limitation in relation to the TTF in a way that continues to secure the supply of gas to Europe and to all Member States,” her letter said, referring to the Dutch Title Transfer Facility (TTF) gas price.

Such a cap would be a temporary fix while the EU works on a new gas price benchmark, von der Leyen said.

The Commission has said a new index is needed since the main TTF benchmark is guided by pipeline supply and no longer representative of a market that includes more liquefied natural gas (LNG).

Europe has hiked LNG imports after Moscow slashed gas deliveries to Europe since its invasion of Ukraine. Russia has blamed the supply cuts on western sanctions imposed over the invasion.

Breaking News:  Factbox-What are Russia and Ukraine's positions on talks to end the war?

Von der Leyen said the EU should also consider a price cap on gas used to generate electricity – but that any cap must be matched with tougher requirements to cut gas demand, to ensure gas consumption does not rise at a time when the fuel is scarce.

Speaking in the European Parliament on Wednesday morning, von der Leyen said EU countries should also start jointly buying gas, to ensure individual members did not outbid each other for gas on world markets and drive prices up.

She also said the EU should try to negotiate a price “corridor” on supplies from trusted suppliers.

Von der Leyen said the EU should look into extra funding sources to ensure all 27 member countries can make the investments needed to weather the energy crisis.

The Commission has said it is in talks with Germany about its 200 billion euro ($198.8 billion) support package that critics say threatens to distort competition in the bloc. 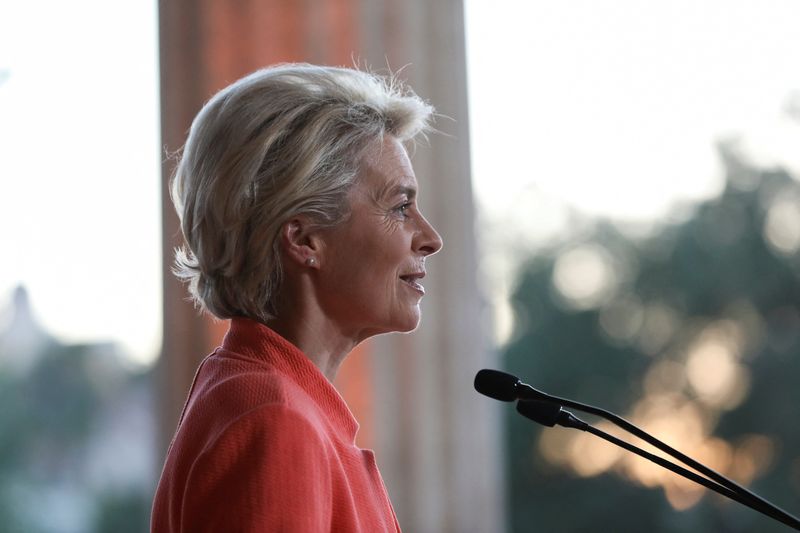