S&P Global’s Purchasing Managers’ Index (PMI) for Italian services fell to 48.8 in September, from 50.5 in August and below the 50 mark that separates growth from contraction.

The reading was slightly lower than the median forecast of 49.1 in a Reuters survey of 14 analysts.

The sub-indexes for both input prices and prices charged by service providers rose compared with the month before, with the former sub-index rising to 75.3 from 69.9 and the latter increasing to 57.3 from 54.3.

The rate of contraction in new business also accelerated from August, standing at 49.1 compared to 49.9.

The PMI for Italy’s smaller manufacturing sector, released on Monday, showed a contraction for a third month running in September as inflationary pressures and uncertainty weighed on that sector too.

The composite Purchasing Managers’ Index combining services and manufacturing stood at 47.6, down from 49.6 in August.

The latest Treasury forecasts show the euro zone’s third largest economy probably shrank in the third quarter and will continue to contract for the following two quarters. 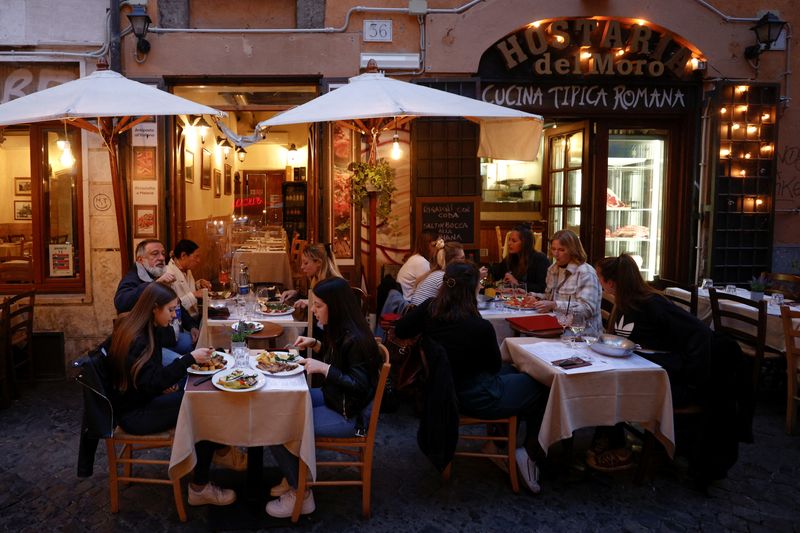