WARSAW (Reuters) -The National Bank of Poland (NBP) kept its main interest rate on hold at 6.75% on Wednesday, it said, opting to leave borrowing costs unchanged despite soaring inflation as it warned of an economic slowdown in the coming months.

With regional peers finishing monetary tightening cycles, Polish policymakers had also signalled that the end of rate hikes was near.

However, with inflation rising to 17.2% in September, the highest since 1997, most economists had predicted that the cost of credit would continue to rise.

Economists polled by Reuters had expected the main rate to rise to 7.00%.

“The Council assessed, that the hitherto significant monetary policy tightening by NBP… will contribute to curbing demand growth in the Polish economy, which will support a decline in inflation in Poland towards the NBP inflation target,” the banks said in a statement.

The bank said it expected economic growth to slow in the coming quarters.

“In our opinion, the economic situation in Europe and the USA shows that there is less room for further rate hikes,” the Polish Economic Institute said in a note.

“Possible further increases will be a reaction to unexpected increases in inflation or strong currency depreciation.”

However, ING analysts said that they expected further tightening in 2024 due to high inflation, and said that relying on an economic slowdown to curb price growth was “risky”.

The Polish decision follows similar moves in Hungary and the Czech Republic.

In Hungary the central bank raised its base rate by a larger-than-expected 125 basis points to 13% in September but said it was ending its rate-hike cycle amid a slowing economy, while in the Czech Republic policymakers kept rates steady at 7.00% for a second time in a row.

Romania’s central bank lifted its benchmark interest rate by a more than expected 75 basis points to 6.25% on Wednesday. 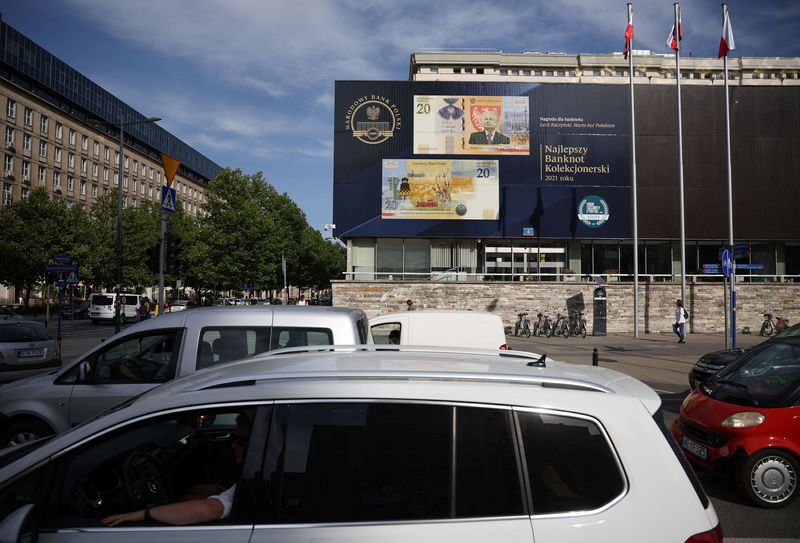