(Reuters) – Struggling wind turbine maker Siemens Gamesa will replace the head of its onshore unit due to recent financial losses that have piled pressure on the business, an internal memo seen by Reuters showed.

Chief Executive Jochen Eickholt said in an emailed internal memo seen by Reuters that Lars Bondo Krogsgaard, chief executive of the Spanish-listed company’s onshore unit, “will not be with Siemens Gamesa any longer”.

“This decision is driven by a need for change due to the losses in the onshore business and the continuous underperformance that has triggered several profit warnings and massive deviations from budgets, forecasts, market plans and non-conformance costs,” Eickholt said in the email.

Krogsgaard, when asked for comment on Wednesday, said he wished his “former employer and colleagues all the best for the future”.

A Siemens Gamesa spokesperson confirmed that the executive had left the company and “we are looking for a successor.”

The company was formed in a 2017 merger between Spain’s Gamesa and the wind unit of Germany’s Siemens. It reported a loss of 446 million euros in the three months to August, deeper than the 314 million euros it lost in the same period of 2021, and said component failures and repairs, mostly in the onshore business, cost around 4.6% of revenue.

Turbine makers are struggling to profit from strong global demand for clean energy from sources like wind while they grapple with soaring raw material and logistics prices, lofty import duties, the fallout from COVID-19 and Russia’s invasion of Ukraine.

Siemens Gamesa, long a leader in the offshore turbine market, has said its recent warnings on profit were partly due to problems delivering new products at its onshore division. The issues have contributed to main shareholder Siemens Energy moving to buy the stake in the company it does not already own.

The company aims to fix issues at the onshore unit over the next three months, Eickholt told Reuters last week. The company also plans to lay off 2,900 staff.

Eickholt now expects a return to profit in 2024, in spite of a number of onerous projects in the onshore division that will likely stretch into that year. 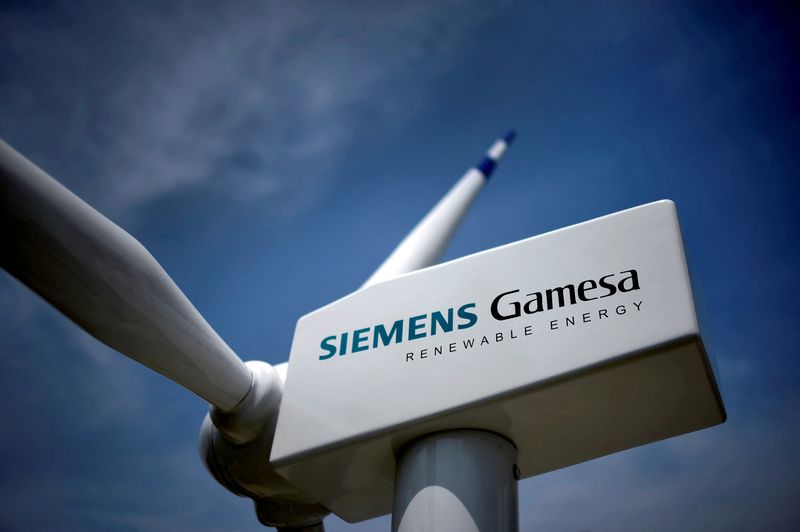