LONDON (Reuters) – Britain’s battered pound will be around 3.6% stronger in a year, according to a Reuters poll in which analysts were divided, however, on whether the currency would reach parity with the U.S. dollar by year-end after it sank to a record low last week.

Sterling dived to an all-time low in Asian trade on Sept. 26, extending losses from the week before after new Finance Minister Kwasi Kwarteng unveiled historic tax cuts and the biggest increase in borrowing since 1972 to pay for them.

The plans sent investors fleeing from British assets but cable has staged a modest recovery after the Bank of England stepped in to calm markets and Kwarteng reversed his decision to scrap the top rate of income tax.

On Wednesday, the currency stayed well off recent lows but ended a six-day rally after Prime Minister Liz Truss spoke at the Conservative Party conference.

They were all sharp downward revisions from a September poll when the respective forecasts were for $1.16, $1.18 and $1.23.

“We expect further significant weakness in the pound. With the UK still seen falling into recession and CPI inflation expected to peak lower than previously, we expect BoE rate hikes to fall well short of the Fed,” noted analysts at Wells Fargo.

Offering some support to the currency, the BoE has been raising interest rates and is expected to add 75 basis points to borrowing costs when it meets on Nov. 3. It has failed to keep pace with the U.S. Federal Reserve, however, which has been hiking aggressively and has vowed to “keep at it.”

“We are not yet convinced that the BoE will be able to – or want to – respond forcefully enough on policy rates to shore up the currency in the near term,” analysts at Goldman Sachs said.

When asked about the chances the pound would reach parity against the greenback by year-end, 18 respondents to an additional question said low while one said very low. However, 17 said it was high and one said very high.

“Where could GBP eventually fall? What we’ve witnessed is a record improvement in the USD’s terms of trade – thanks to the U.S. becoming a net exporter of oil and LNG,” said Jordan Rochester at Nomura, who expects cable at $0.975 by end-December.

Against the common currency the pound will weaken from the 87.5 it was around on Wednesday. In one month a euro will fetch 88.5 pence and in a year 88.0p, the poll found.

(For other stories from the October Reuters foreign exchange poll:) 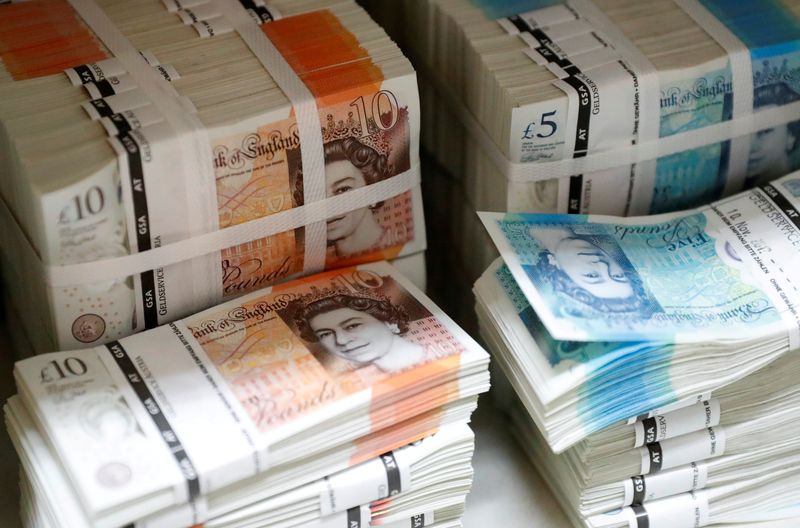