By Michael Martina and David Brunnstrom

WASHINGTON (Reuters) -Taiwan will not rely on others for its defense, President Tsai Ing-wen said on Wednesday, while welcoming a U.S. commitment to the democratically governed island’s security during what she called Chinese encroachment on its sovereignty.

Tsai’s remarks, pre-recorded and delivered to a U.S. audience at a Washington forum, come after U.S. President Joe Biden pledged in September to defend Taiwan in the event of any “unprecedented attack” by China.

In her address to the Washington-based Global Taiwan Institute think tank, Tsai thanked the Biden administration and the U.S. Congress for upholding the U.S. commitment to Taiwan’s security and for recent U.S. military arms sales.

“But we will not depend on others to come to our own defense,” Tsai said.

“That is why I want to reiterate that Taiwan is fully committed to protecting our security and maintaining our democratic way of life. We’re also working to adapt our defense strategy to the changing threats we face.”

Though the White House has said Biden’s pledge did not signify a change in U.S. policy, critics argue he may have undercut – intentionally or not – a U.S. stance of not taking a position on Taiwan’s independence.

China, which views Taiwan as its own territory, mounted large-scale military drills to display its anger over an August visit there by U.S. House Speaker Nancy Pelosi.

Taiwan said on Wednesday that eight Chinese fighters flew across the median line.

Tsai said those operations “encroach on Taiwan’s sovereignty and threaten peace and stability in the Indo-Pacific region.”

James Moriarty, the U.S.-based chairman of the American Institute in Taiwan, Washington’s de facto embassy in Taipei, said “strategic ambiguity” over whether Washington would come to the island’s defense had never been stated as policy in any documents.

“It’s never been a policy. It’s been a description of what we do,” Moriarty told the forum.

Referring to the decades-old Taiwan Relations Act, which forms the basis of the United States’ unofficial ties with Taiwan, he said: “The original documents make it clear that we would have to do something if there is an attempt to change Taiwan’s status by force.”

Moriarty added that he did not think Chinese leader Xi Jinping had set a deadline of 2027 to take Taiwan, only that China’s military should have the capability to do so by then.

(Reporting by Michael Martina and David Brunnstrom in Washington, and Ben Blanchard in Taipei; Editing by Mark Heinrich and Josie Kao) 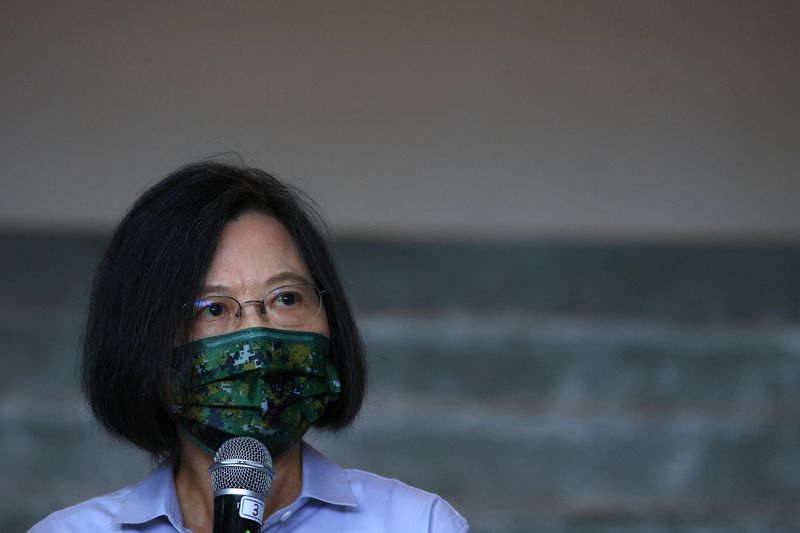