The headline consumer price index (CPI) rose 6.41% in September from a year earlier, helped by easing energy prices and last year’s low base, and down from August’s 7.86% increase, which was a 14-year high, according to commerce ministry data.

The reading compared with a forecast rise of 6.60% in a Reuters poll, and the central bank’s target range of 1% to 3% for headline inflation.

The core CPI index, which strips out energy and fresh food prices, was up 3.12% in September from a year ago, also less than a forecast rise of 3.20%, and followed August’s 3.15% rise.

Inflation may fall further in the fourth quarter of this year due mainly due to government support measures for energy and food prices, the ministry said.

It forecast headline inflation to average between 5.5% and 6.5% this year.

The Bank of Thailand will adopt a gradual and measured approach to bring inflation back to target, according to Governor Sethaput Suthiwartnarueput.

Last week, the Bank of Thailand raised its key interest rate by a quarter point to 1.00% to contain inflation. It will next review the rate on Nov. 30, when most economists expect a further, gradual hike.

The BOT predicts average headline inflation of 6.3% this year before falling to 2.6% next year. It forecasts the core rate at 2.6% this year and 2.4% next year.

In the January-September period, headline inflation was 6.17% and the core rate was 2.26%. 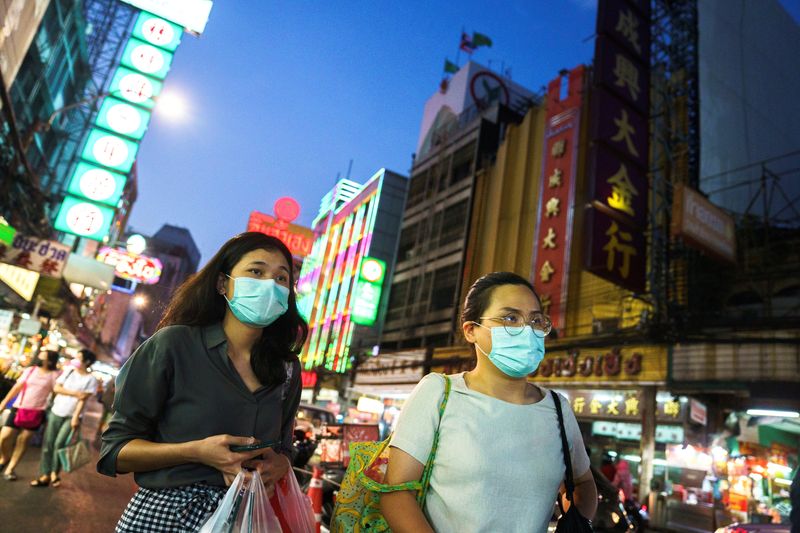