(Reuters) -Chipmaker Advanced Micro Devices Inc on Thursday provided third-quarter revenue estimates that were about a billion dollars less than previously forecast, signaling the chip slump could be much worse than expected.

AMD shares dropped 4% in after hours trading, dragging down shares of Nvidia Corp and Intel Corp by over 2%.

Runaway inflation and the reopening of offices and schools have led people to spend less on PCs than they did during lockdowns when many bought computers for work and school as they stayed home during the pandemic. Chipmakers are also under pressure from COVID curbs in key PC market China, while the Ukraine war has worsened supply-chain snarls and dragged demand further.

The Philadelphia Semiconductor Index, which tracks prices of major silicon-producing and allied businesses, has fallen 36.4% this year so far, compared to a 41.2% rise in 2021.

“I think AMD is showing that nobody is safe from the post-pandemic PC downturn, and those inventory corrections are also impacting the company,” said Anshel Sag, chip analyst at Moor Insights & Strategy. “Overall, this looks to be more of a cyclical correction within a single, albeit large, business unit rather than a structural or strategic one.”

The company said it expects third-quarter revenue of about $5.6 billion. That compares with its forecast in August of $6.7 billion, plus or minus $200 million.

AMD is the latest chipmaker to be hit by the sector’s slump. Last week memory chip maker Micron Technology warned of tougher times and said it was cutting its capex investments in fiscal 2023 by over 30% to a total of $8 billion. Nvidia Corp and Intel Corp both delivered much worse than expected earnings in their latest reports.

AMD said its earnings will be released Nov. 1.

(Reporting by Yuvraj Malik in Bengaluru and Jane Lanhee Lee in Oakland, California; Editing by Sriraj Kalluvila and David Gregorio) 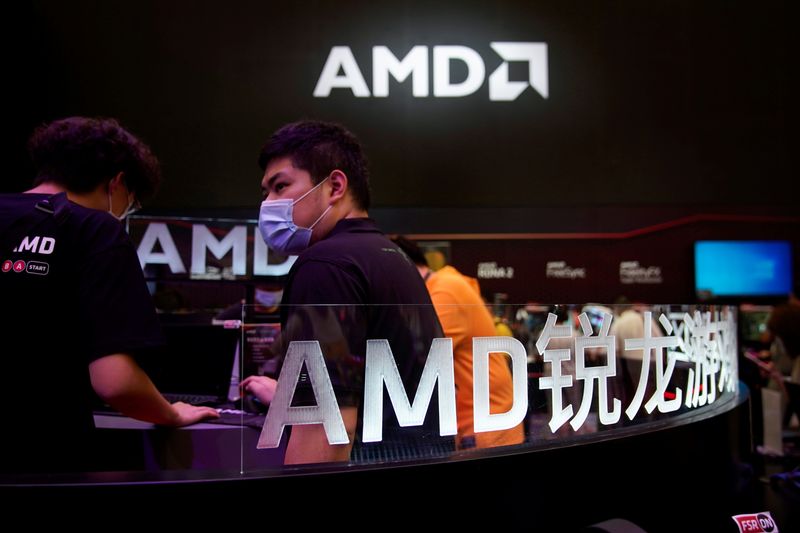