By Ricardo Brito and Bernardo Caram

BRASILIA (Reuters) -Right-wing Brazil President Jair Bolsonaro on Thursday announced a debt pardon for some consumers and a tax on dividends to pay for welfare spending, shifting the focus of a his re-election campaign to the economy as polls tightened.

Recent opinion surveys show Bolsonaro cutting into Lula’s lead since last week following the president’s stronger-than-expected performance in the first round of voting on Sunday.

The two will face off in an Oct. 30 runoff vote.

Bolsonaro told lawmakers in Brasilia that he had agreed with the speaker of the lower house of Congress to tax dividends for Brazilians with incomes above 400,000 reais ($77,000) in order to extend a more generous welfare program expiring in December.

He and Lula have both vowed to continue the monthly payments of 600 reais to the poorest Brazilians next year, but neither had detailed how they would pay for it. Both candidates are looking to change Brazil’s budget rules, without giving details.

Bolsonaro added that state bank Caixa Economic Federal would waive up to 90% of what it is owed by some 4 million people and 400,000 companies. Lula had included such a proposal in his presidential platform after it gained visibility with its rival Ciro Gomes, who endorsed Lula after failing to go to the runoff.

Around 68 million Brazilians were blacklisted by credit score agencies in August due to debt in arrears, according to credit agency Serasa.

Caixa CEO Daniella Marques in a press conference on Thursday said the bank expects to restructure around 1 billion reais ($192.3 million) in credits that are overdue for more than a year and have already been booked by the bank as losses.

Separately, Lula received a written endorsement from several economists who helped stabilize the economy in the 1990s when the country was governed by the Brazilian Social Democracy Party, a traditional rival of Lula’s Workers Party.

Arminio Fraga, Edmar Bacha, Pedro Malan and Persio Arida wrote that they were voting for Lula and expecting “responsible handling of the economy” from the former president.

A survey published by pollster PoderData on Thursday showed Lula with 48% of voter support, compared to 44% for Bolsonaro. The same polling firm last week showed Lula winning a simulated second-round vote by 51% to 39% of total votes.

PoderData was one of several polling firms criticized for underestimating Bolsonaro’s support in the first-round vote, which Lula won by a slimmer-than-expected 5 percentage points. 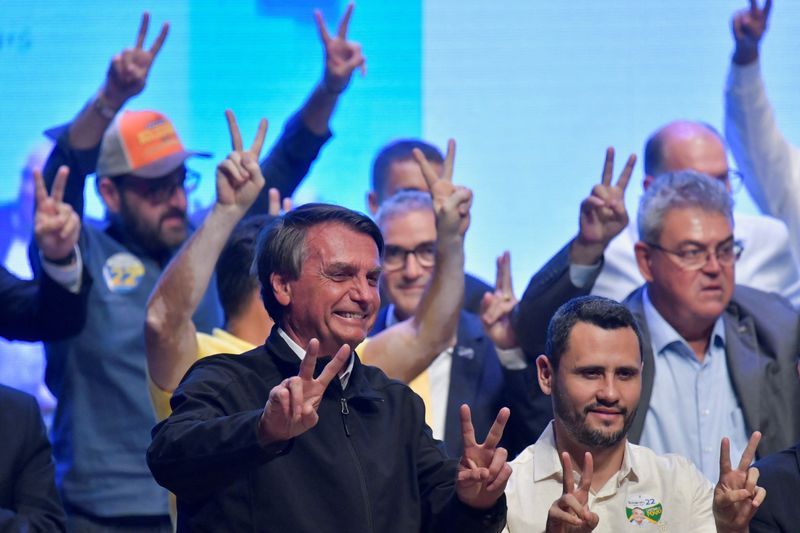