TORONTO (Reuters) – Canada’s Supreme Court Justices questioned whether asylum-seekers that Canada sends back to the United States are really automatically detained and if “safety valves” are available, peppering lawyers with questions during a hearing on Thursday over a U.S.-Canada asylum-seeker pact.

A years-long battle over the Canada-U.S. Safe Third Country Agreement has reached Canada’s highest court, where lawyers sparred over whether existing protections are sufficient for asylum-seekers turned back at the Canada-U.S. border.

The agreement, signed 20 years ago, allows each country to turn back asylum-seekers at official land border crossings on the grounds they should seek refugee status in the first “safe” country they arrived in.

It predominantly applies to people trying to cross into Canada, which is seen as having a more welcoming asylum system.

A decision could have implications for Canada’s justice system beyond asylum rules, lawyers told Reuters.

Lawyers for refugees argued Thursday morning that by turning back asylum-seekers to the United States, Canada denied them “effective protection.”

Lawyers argued the agreement violates asylum-seekers’ rights to equal treatment and to life, liberty and security of the person under Canada’s Charter of Rights and Freedoms.

Lawyer Andrew Brouwer said if Canada wants to rely on the United States as a refugee protection partner then Canada should have confidence its neighbour will uphold international obligations towards asylum-seekers. But Canada “is sending refugees to a circumstance where they face a risk of detention and refoulement.”

The Canadian government said not everyone turned back is subject to detention and that there are adequate “safety valves” in place.

A government lawyer said on Thursday that because this challenge deals with a foreign state, the bar for determining whether the Charter is breached should be higher.

If Canada’s Supreme Court finds the agreement breaches the Charter, Canada could no longer be party to the bilateral agreement.

The hearing ended Thursday. There is no set time frame for a decision.

Canada is also lobbying the United States to extend the agreement so it applies the length of the Canada-U.S. border, not just at formal crossings. Public Safety Minister Marco Mendicino told reporters Thursday these talks were “on the right track.” 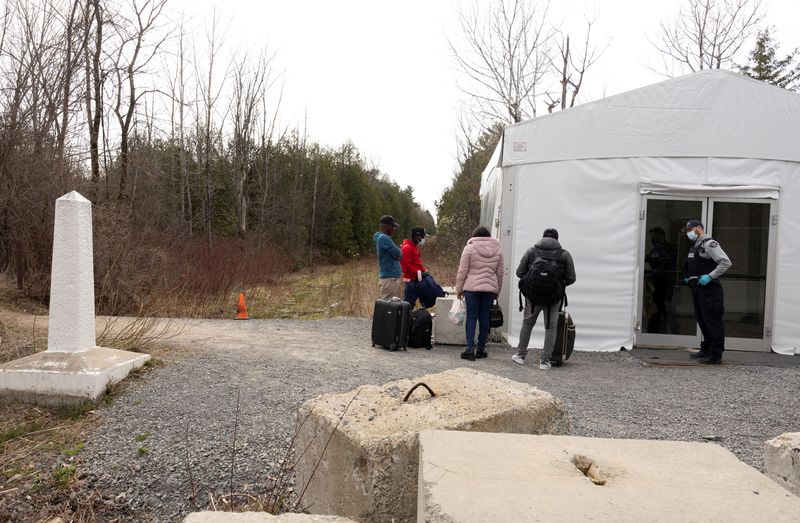