By Sarah Wu and Ann Wang

TAOYUAN, Taiwan (Reuters) – Days away from Taiwan’s National Day, a long line of people snakes out of Chang Lao-wang’s restaurant, where the Chinese civil war refugee displays his ardent love for Taiwan’s flag while serving up Yunnan rice noodles to the lunchtime crowd.

Chang has hung 30,000 flags around his “National Flag House” restaurant and an adjacent park ahead of the public holiday that marks the founding of the Republic of China – Taiwan’s official name.

“This national flag, the whole country must love it together. Only if everyone collectively loves the flag, does the country have a future,” Chang, 81, told Reuters at the park in Taiwan’s northern city of Taoyuan.

“If everyone loves this flag, other countries won’t dare to bully you.”

The red flag, featuring a white sun against a blue sky, holds different meanings for people in Taiwan, and is generally not flown outside of Taiwan as other countries seek to avoid upsetting China, which views Taiwan as its own territory and not a country.

Many in Taiwan, especially among the younger generation, associate the flag with the martial law era of the Kuomintang party that fled to the island with the defeated Republic of China government in 1949 at the end of a civil war with Mao Zedong’s communists.

Some Taiwanese think a new flag is needed to avoid association with China.

But Chang is proud of the flag, the sight of which he says helped him and his mother track down his father after battles. His family would not have stayed together and found safety in Taiwan if not for the flag, Chang said.

Born in China’s southwestern province of Yunnan, he and his family fled to Myanmar at the end of the civil war along with the remnants of Kuomintang troops before arriving in Taiwan in 1953.

Chang started hanging flags at age 37, putting out fewer than 100. Back then, Taiwan’s flags were ubiquitous around National Day, but he says he sees few people hanging them today.

Each year, he receives complaints, with some describing the flags as “garbage” and asking him to take them down.

But his flag-raising ceremony draws large crowds each year, with an estimated 20,000 last year, Chang said.

“In those moments, I forget myself,” he said. “I think ‘Oh, there are still so many people who love this flag and my heart feels very comforted.” 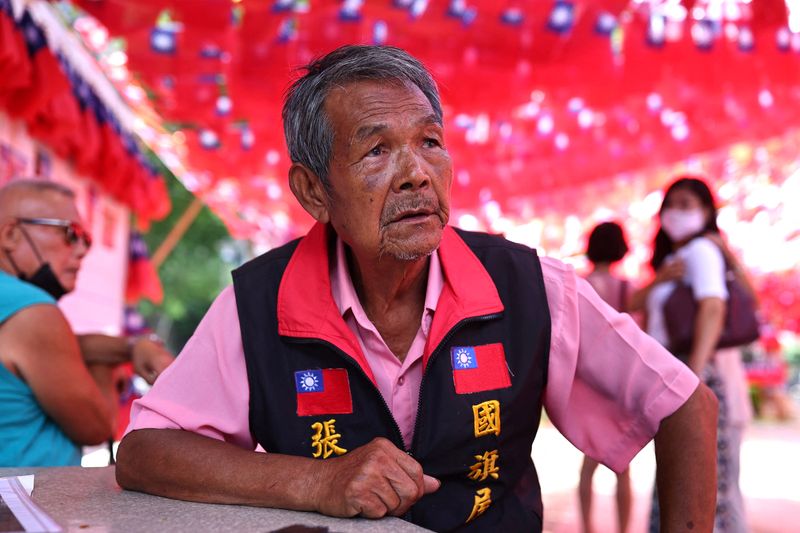 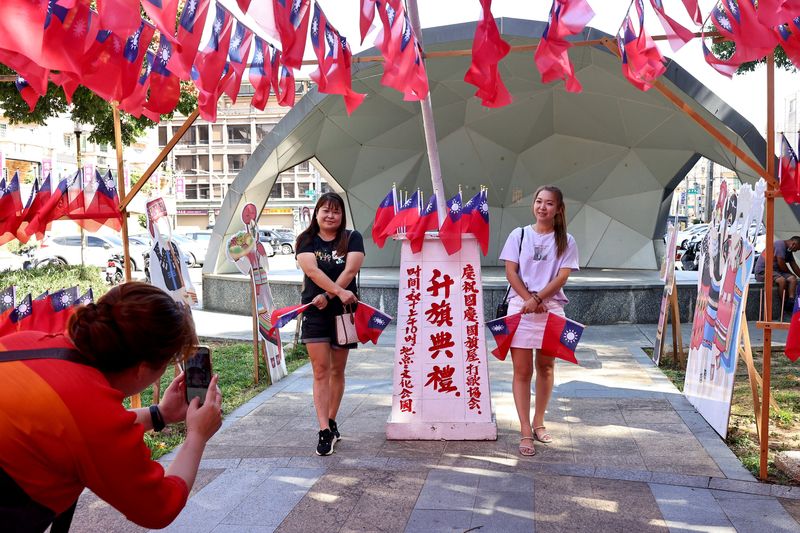 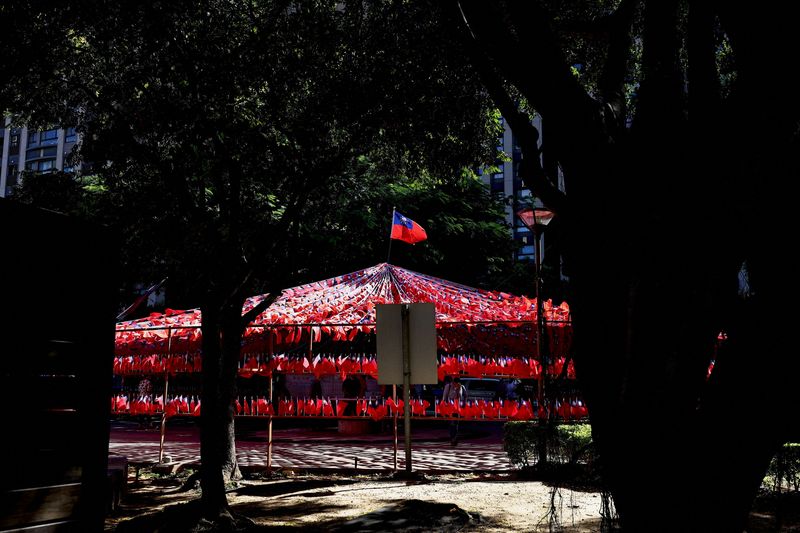 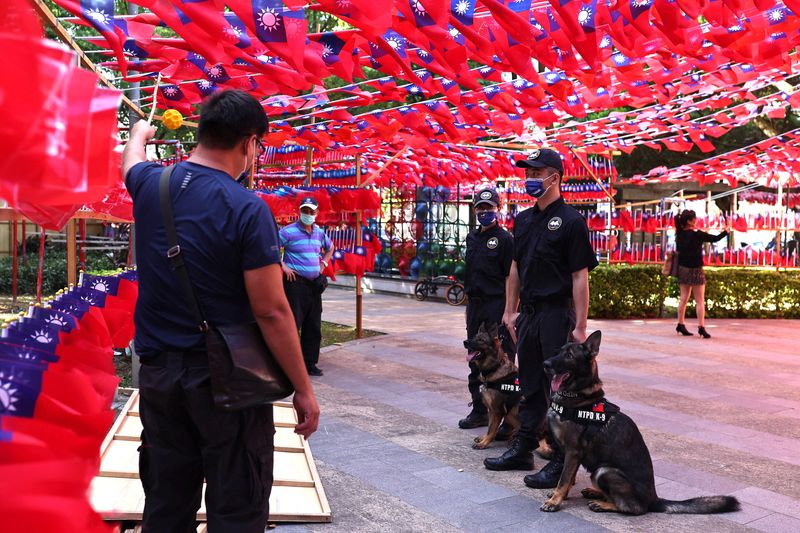 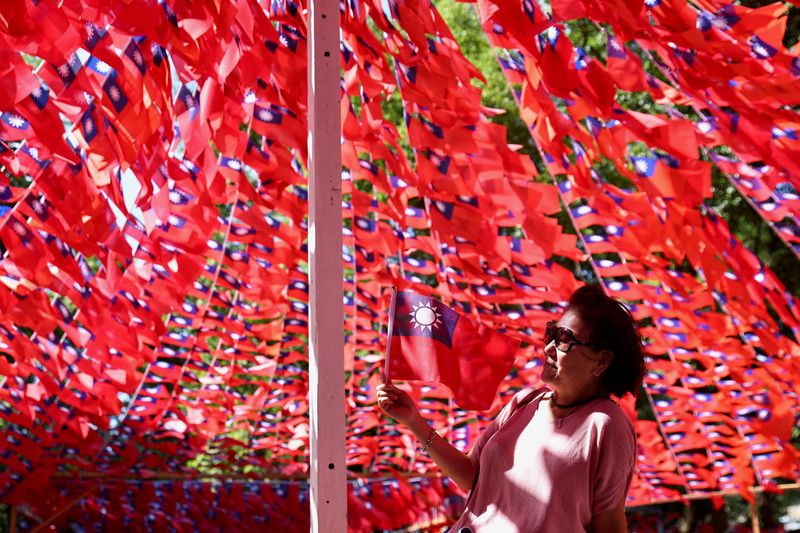