By Mehr Bedi and Granth Vanaik

(Reuters) -Conagra Brands Inc beat quarterly sales and profit estimates on Thursday, boosted by higher prices for its Marie Callender’s and Slim Jim brands even as consumer demand wanes under the weight of decades-high inflation.

Global food companies have been increasing prices over the past year to shield profit margins, which have been squeezed by elevated freight and labor expenses, and spiraling costs of raw ingredients like corn, wheat, proteins and edible oils.

“I think the operating environment for Conagra Brands as well as the entire package food industry is becoming a little bit more challenging and I say that … because every dollar of additional price increases will be harder to come by,” CFRA analyst Arun Sundaram said.

“That’s just because the demand environment while still highly favorable is not as strong as it was over the past two years,” Sundaram added.

Shares of Conagra, known for brands like Birds Eye and Chef Boyardee, fell about 2% as the company witnessed a 4.6% decline in sales volumes in the reported quarter that was offset by average selling prices rising 14.3%.

(Reporting by Granth Vanaik and Mehr Bedi in Bengaluru; Editing by Shounak Dasgupta and Maju Samuel) 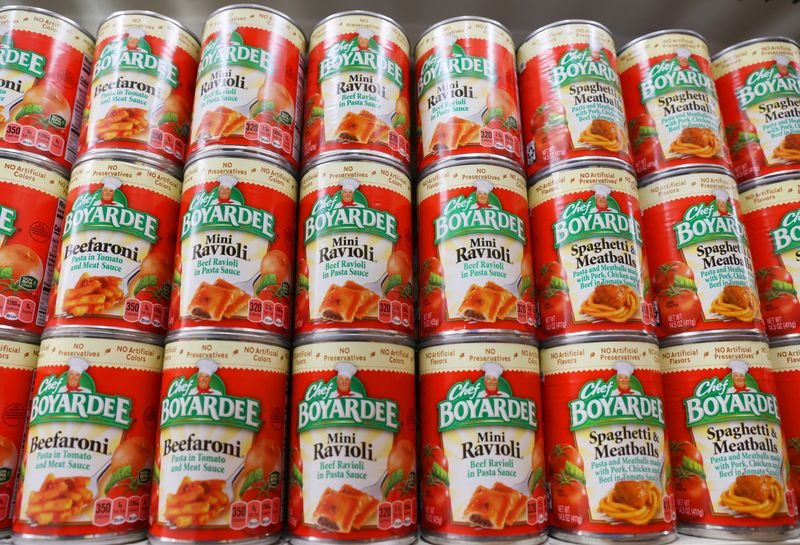