The following are some of their policy proposal differences.

Brazil amended its constitution in 2016 to establish a fiscal ‘ceiling’ that only allows spending by the federal government to grow as much as inflation in the prior year.

Financial markets have treated the constitutional spending cap as Brazil’s principal fiscal anchor in recent years, but politicians across the political spectrum criticize it as a budgetary straightjacket during economic crises.

Congress has made exemptions and modifications to the spending cap a half dozen times under President Jair Bolsonaro, eroding the rule’s credibility, according to many economists.

WHAT DOES BOLSONARO PROPOSE?

The president has supported repeated exceptions to the current spending cap, and said his Economy Minister Paulo Guedes is working on alternatives to be implemented in a second term.

“There are some changes you can make to the spending cap, as the team of Paulo Guedes has proposed. But we’ll leave that to discuss after the elections,” he said in a June interview.

Guedes said last month that the spending cap should be modified to allow, for example, revenue from the privatization of state firms to fund expanded welfare programs.

There are two main proposals under development in the Economy Ministry, according to officials who requested anonymity to discuss them. Both proposals would target public debt over gross domestic product (GDP) as a medium-term fiscal anchor to allow more short-term fiscal flexibility.

Under a proposal developed by Treasury staff, public spending could grow a set amount above inflation as long as gross public debt remains below a certain share of GDP.

The ministry’s Special Advisory of Economic Studies has put forth a more flexible alternative in which government spending could grow above inflation, depending on both the rate of economic growth and the gross-debt-to-GDP ratio. The rule would also open room for more spending in the event of a recession, regardless of public debt levels.

WHAT DOES LULA PROPOSE?

Lula, Bolsonaro’s leftist challenger, has been more explicit in his criticism of the current spending cap. But he has been coy when pressed for details of what new fiscal rules he would propose.

“I’m against the spending cap,” he told a gathering of economists last month. “If you’re responsible, you don’t need a spending cap.”

Economists from Lula’s Workers Party have argued that public spending should jumpstart economic growth, which in turn boosts tax revenue. Some suggest medium- and long-term commitments to stabilize public debt instead of an annual budget cap.

In 2020, the Workers Party proposed an alternative fiscal regime that would treat public investments differently from other forms of government spending.

Lula responds to questions about fiscal responsibility by pointing to his record as president. Brazil posted budget surpluses every year of his 2003-2010 presidency, due in part to strong prices for its commodity exports. 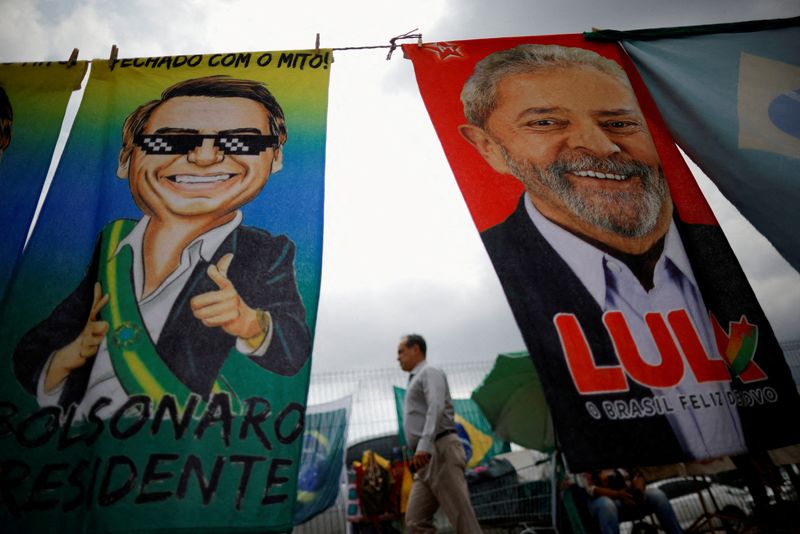