QUITO (Reuters) -United Nations human rights officials are concerned about Ecuador’s prison violence crisis, they said on Thursday, after yet another riot at a Guayaquil jail left at least 13 inmates dead and more than 20 prisoners and police injured.

Violence has plagued Ecuador’s prison system since early 2021, with close to 400 killed in clashes since February last year, according to the Andean country’s SNAI prison authority.

The violence is due to decades of state abandonment of the prison system, a delegation from the United Nations’ Subcommittee for the Prevention of Torture said in a statement.

The existence of self-governance within Ecuador’s so-called mega prisons, including by inmates belonging to criminal gangs, has led to human rights violations, the statement added.

Ecuador’s government did not immediately respond to the U.N. agency’s findings.

Two deadly riots rocked Ecuadorean prisons this week alone, with the most recent taking place at the Penitenciaria prison in Guayaquil on Wednesday.

The SNAI authority raised the number of prisoners killed to 13, up from five it reported earlier, after authorities were able to get inside the facilities.

At least six police officers were also injured during that riot, authorities said.

Clashes at a prison in the city of Latacunga, south of the country’s capital Quito, on Monday and Tuesday left at least 16 prisoners dead and left 43 injured.

The Inter-American Commission on Human Rights, which criticized conditions in Ecuador’s jails earlier this year, called on the government to investigate the riots in Latacunga.

The riots are a reminder of the urgent reforms Ecuadorean prisons require, Juan Pappier, senior researcher for the Americas at advocacy group Human Rights Watch, told Reuters via WhatsApp.

Families waiting for information about their loved ones outside of the Guayaquil prison were dispersed by police using tear gas on Wednesday night, according to local advocacy group the Permanent Committee for the Defense of Human Rights in Ecuador.

“A lot of people here are only asking for information about their relatives, but there’s no one coming to say if their relative is OK or not,” said Fabiola Zambrano, who has waited outside the prison for news of her cousin since Wednesday.

The government attributes prison violence to infighting between gangs over territory and drug trafficking routes.

The prisons house some 33,500 inmates and exceed maximum capacity by 11.3%, according to official figures.

“Here it’s like there are no authorities,” Zambrano said. “Here, the strongest survive.” 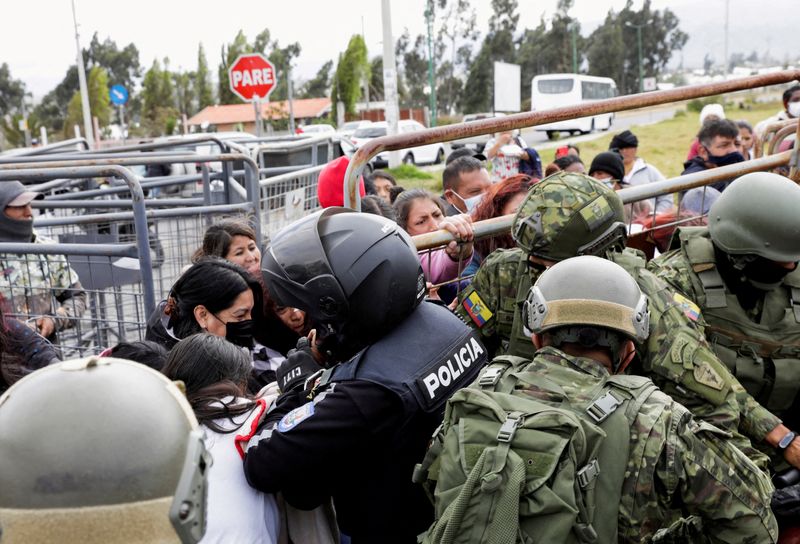 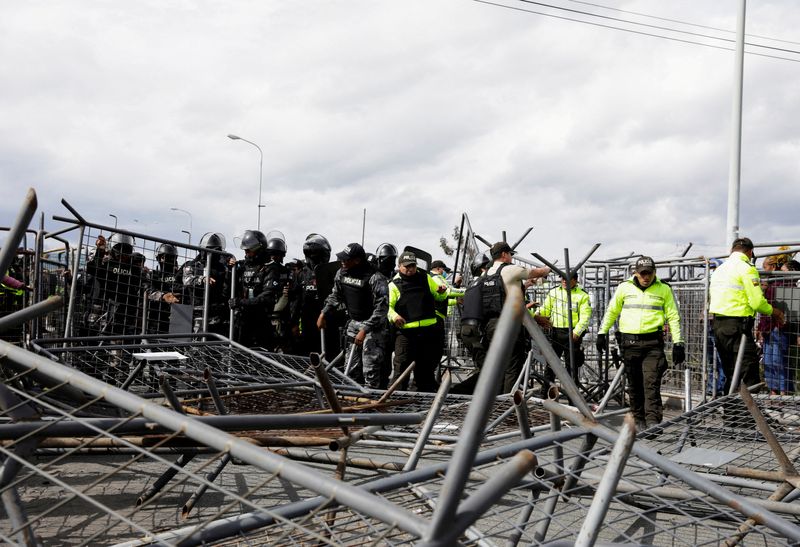