TOKYO (Reuters) -Japanese households increased spending in August compared with a year earlier as the economy continued to recover from COVID-19 restrictions, but rising prices are clouding the outlook for further gains.

Separate data on Friday showed real wages falling for a fifth month, underscoring growing pressure on Japanese consumer spending, which accounts for more than half of the country’s gross domestic product (GDP).

Household spending rose 5.1% in August from a year earlier, government data showed on Friday. The reading was lower than economists’ median estimate for a 6.7% gain and followed a 3.4% rise in July.

While there are clear signs that activity is slowly picking up, gains in August have been flattered by the comparison with August 2021, when the government ramped up state of emergency restrictions to battle a resurgence of COVID cases.

On a seasonally adjusted, month-on-month basis, household spending slid 1.7% in August, bigger than a 1.4% decline in July. It was a negative surprise as economists were forecasting 0.2% monthly growth for August.

With inflation still quickening and the yen’s plunge to 24-year lows expected to cool consumer spending, economists polled by Reuters have downgraded their growth projections for the world’s third-largest economy.

Retail price hikes by food and beverage companies are peaking in October, with nearly 6,7000 items seeing an average of 16% higher prices, according to a monthly survey by the market research firm Teikoku Databank.

Analysts are expecting the Bank of Japan’s favourite measure of consumer inflation to exceed 3% in October.

Prime Minister Fumio Kishida has pledged to compile a fresh stimulus package by end-October, which will likely include subsidy schemes for utility and gas bills backed by at least $100 billion of fiscal spending.

Meanwhile, the government is set to ease strict border control restrictions from Monday in an effort to attract foreign tourists with the weak yen, offering hope for the battered services sector.

“But the momentum of what could have been a consumption-led recovery is curtailed by the inflation.” 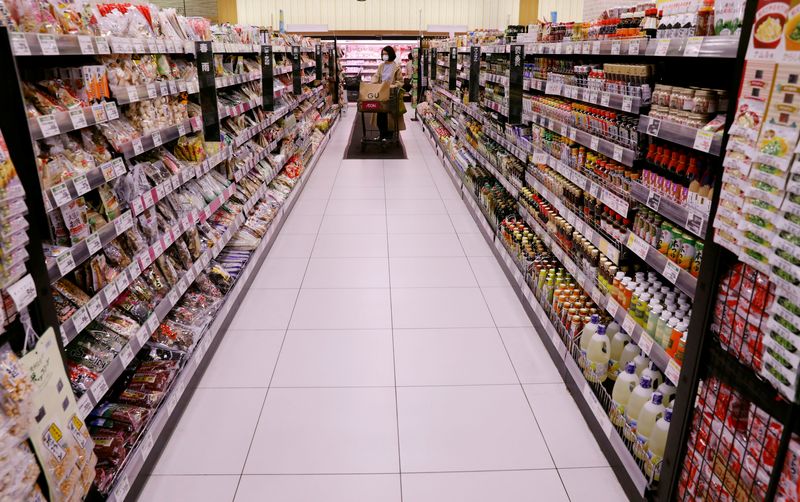