By Tetsushi Kajimoto and Takaya Yamaguchi

TOKYO (Reuters) – When Japanese Prime Minister Fumio Kishida vowed this week to wring more gains from the weak yen, which has become instead a source of economic pain, he was pinning his hopes on the likes of Soichi Yoshimura, 33, and his strawberry farm north of Tokyo.

Most Japanese farmers – like many other key players in the economy – are up in arms about the yen’s 20% slide this year, which has inflated costs for imported fuel, fertiliser and other production inputs.

But prospects are different for Japan’s exporters of “wagyu” beef, green tea, and premium fruits and vegetables, including the “Sky Berries” from Yoshimura’s greenhouses that can fetch as much as 800 yen ($5.50) or more apiece in the supermarkets of Hong Kong, Bangkok and Singapore.

“Everyone seems worried about a weak yen,” Yoshimura said. “But it’s good for our exports of strawberries because it helps make our prices competitive at overseas markets.”

Agriculture exports were among a clutch of sectors that Kishida targeted in a policy speech on Monday – along with tourism and the construction of foreign chip and battery plants in Japan – that could get a boost from the yen’s steep fall, and offset some of the economic damage it has caused.

The government aims to boost farm exports further to 5 trillion yen by 2030, and Kishida also set a 5 trillion yen target for annual revenue from tourism, which is expected to rebound after COVID-related border restrictions are lifted on Oct. 11.

That would still be relatively modest compared with last year’s 83 trillion yen in overall exports and roughly 550 trillion-yen GDP, but marks steady progress for agricultural exports, which totalled just 450 billion yen in 2012.

Related News:   ‘Hate, Racism And Misogyny:’ Dems, Liberal Activists Melt Down Over Meta’s Decision To Allow Trump Back On Facebook

This is not Japan’s first go at this sort of structural realignment, to diversify its manufacturing-dominated economy and revive its stagnant rural areas.

Similar efforts have emerged from Japanese policymakers since the early 2000s, including proposed reforms by former Prime Minister Shinzo Abe’s government in the last decade.

But the yen’s steep drop this year to a 24-year low, triggering a surge in import-driven cost-push inflation that severely threatens both Japan’s economic growth and Kishida’s popularity, has given new impetus to the campaign.

In southern Japan’s Miyazaki prefecture, the local government is offering $5,200 subsidies to farmers developing new farm products for export and setting up new facilities exclusively for use in exports.

Not far away in rural Saga prefecture, nestled between the cities of Nagasaki and Fukuoka, the prefectural government is building a new wagyu processing plant to gear up for export of “Saga beef”, a leading domestic brand, to European markets.

And in Gunma prefecture, north of Tokyo, about 40 small firms have begun exporting farm products since 2018 under the auspices of the Japan External Trade Organization, a semi-governmental export promotion entity that has provided expertise on brand development, export pricing and other export-related operations.

But export-oriented farmers in Japan say the sector will need more investment to increase productivity and produce higher-value goods, especially since the weak yen has become a double-edged sword that also boosts costs.

“The cost of fertilisers and shipping materials have risen a lot,” said Hideyuki Otsuki, 65, a peach farmer in Fukushima prefecture north of Tokyo, who exports his produce to Thailand, Singapore, Indonesia and Hong Kong.

“It’s true the weak yen helps food exports. To maximise the positive impact, we must add more value to farm goods and boost output so that more of us make ends meet.” 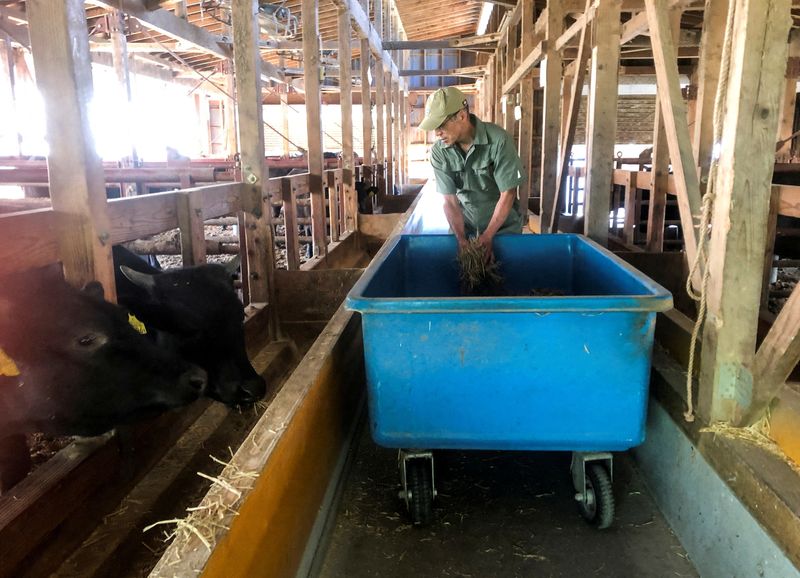