By Tom Hals and Anirban Sen

WILMINGTON, Del. (Reuters) -Elon Musk and Twitter Inc may reach an agreement to end their litigation in coming days, clearing the way for the world’s richest person to close his $44 billion deal for the social media firm, a source familiar with the matter told Reuters.

Musk, who is also chief executive officer of electric car maker Tesla Inc, proposed to Twitter late on Monday he would change course and abide by his April agreement to buy the company for $54.20 per share, if Twitter dropped its litigation against him.

In their effort to end the litigation, the two sides agreed to postpone the billionaire’s deposition in court scheduled for Thursday, the source said on Wednesday, but negotiations are continuing with a full resolution expected to take more time.

However, Twitter’s legal team was yet to accept any agreement and Chancellor Kathaleen McCormick, the judge on Delaware’s Court of Chancery, earlier in the day said she was preparing for the looming trial.

“The parties have not filed a stipulation to stay this action, nor has any party moved for a stay. I, therefore, continue to press on toward our trial set to begin on Oct. 17, 2022,” McCormick wrote in a Wednesday court filing.

Musk’s proposal on Monday included a condition that the deal closing was pending the receipt of debt financing. The potential agreement would likely remove that condition, said the source, who requested anonymity as the discussions are confidential.

Twitter’s legal team and lawyers for Musk updated the judge on Tuesday with their attempts to overcome mutual distrust and find a process for closing the deal.

Two firms that were interested in partly financing the deal, Apollo Global Management Inc and Sixth Street Partners, had ended talks to provide up to a combined $1 billion, two sources told Reuters.

An attorney representing a proposed class action against Musk on behalf of Twitter shareholders said in a letter to McCormick that Musk should be required to make a “substantial deposit” in case he again reneges on his commitment to close. He should also be liable for interest delaying the closing of the deal, said the letter from attorney Michael Hanrahan.

Representatives of Musk and Twitter held several unsuccessful talks in recent weeks about a possible price cut to his $44 billion deal to buy the social media platform before he reversed course on Monday, the New York Times reported on Wednesday.

Musk initially sought a discount of as much as 30%, according to the report, which was later narrowed to about 10% and ultimately rejected by Twitter.

It is not clear what led the Musk legal team to offer to settle, but his scheduled deposition on Thursday in Austin, Texas, was expected to include some tough questioning, which could have given Twitter leverage in talks to close the deal.

Shares of Twitter closed 1.3% lower at $51.30 on Wednesday. The stock on Tuesday hit its highest level since Musk and Twitter agreed in April that he would buy the company for $54.20 per share.

Tesla stock ended down 3.5% on Wednesday as investors worry that Musk may have to sell more shares in the electric carmaker to fund the Twitter deal and that Twitter could be a distraction for the entrepreneur.

Musk sold $15.4 billion worth of Tesla stock this year, but analysts said he may have to raise an additional $2 billion to $3 billion provided that the rest of his financing remains unchanged.

Musk said in July he was walking away from the takeover agreement because he discovered Twitter had allegedly misled him about the amount of fake accounts, among other claims.

Part of Musk’s case was based on allegations by Twitter whistleblower Peiter “Mudge” Zatko that became public in August, and Musk’s legal team on Wednesday rejected the idea that they had inappropriate talks with Zatko or spoken with him before his concerns became public.

Twitter’s legal team has wanted to investigate if Alex Spiro, a lawyer from legal firm Quinn Emanuel, who has led the case for Musk, communicated with the whistleblower as early as May.

Twitter lawyers were suspicious that Zatko sent an anonymous May 6 email to Spiro. The sender claimed to be a former Twitter employee, offered information about the company and suggested communicating by alternate means.

Spiro said in a filing with the court on Wednesday he never read the email until Twitter brought it to his attention and it appeared to be someone seeking a job. Spiro also said he was unaware of the existence of Zatko’s allegations before they became public on Aug. 23. 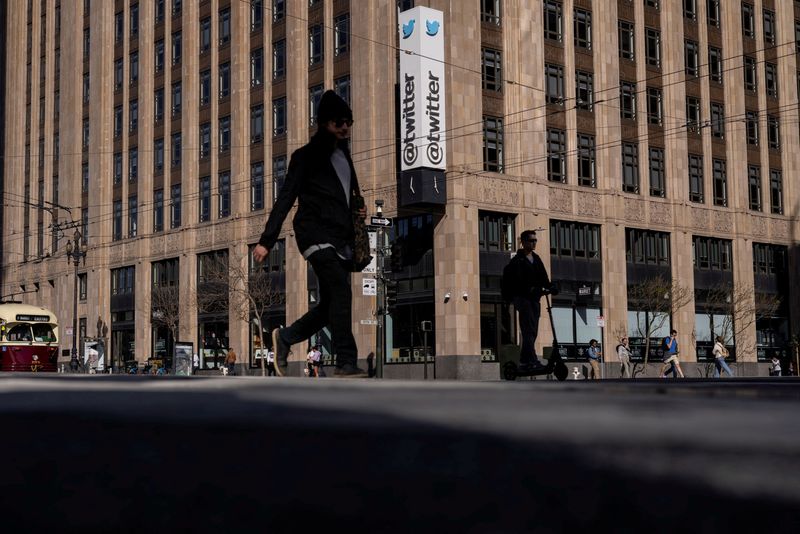