SEOUL (Reuters) -The South Korean government would take steps to spur capital inflows and ensure there were enough dollars available in the local currency market, President Yoon Suk-yeol said on Friday, noting that uncertainty had spread across markets.

South Korea’s won has lost about 16% in value so far this year, caught in a massive switch to dollar assets by global investors as U.S. interest rates rose sharply, and the Ukraine war spurred a flight to safety.

“The government will strengthen the safety valve by taking steps to improve the dollar supply-demand situation on the foreign exchange market,” a presidential office statement quoted Yoon as saying at a meeting of economy ministers.

He also said preparation to re-activate a stock market stabilisation fund would be completed during this month and that the government would take steps to spur foreign investment in local stock and bond markets.

The finance ministry said in a statement released after the meeting that it would prepare to have tools ready for the authorities to supply foreign exchange liquidity to financial institutions if needed.

The central bank said early on Friday the country posted the largest current account deficit in more than two years in August as global demand cooled and higher global prices of raw materials pushed up the import bill.

After the assurances given by Yoon and the finance ministry, South Korea’s won pared losses versus the dollar to about 0.4% on the day from an early loss of as much as 0.8%, although dealers said the market was more influenced by a rebound in U.S. stock index futures.

President Yoon, whose approval rate has fallen sharply since taking office in early May, held the meeting as part of his weekly meetings on various issues.

A weekly poll by Gallup Korea showed on Friday Yoon’s approval rating rebounded to 29% from 24% last week, when the rating matched a previous low for his presidency. His approval rating had stood at more than 50% in early June. 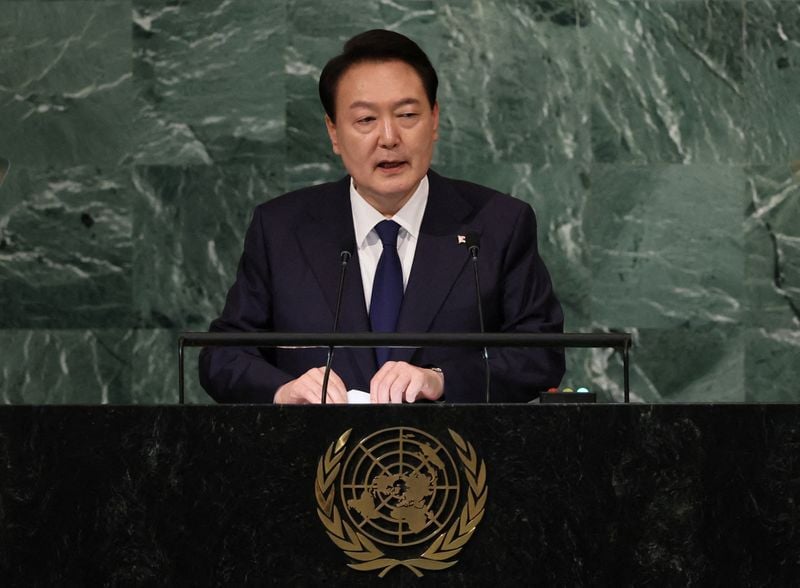