Reuters could not immediately verify the report, which cited unidentified U.S. officials. Ukraine repeated on Thursday its denial of any involvement in the attack.

The United States took no part in the attack on Dugina and was not aware of it ahead of time, the Times reported. American officials later admonished Ukrainian officials over the assassination, the Times said.

Dugina, 29, was killed when a car bomb tore through the Toyota Land Cruiser she was driving on Aug. 20. Her father, Alexander, who had been in a separate car, was pictured holding his head in shock as he surveyed the wreckage of the vehicle.

After the killing, Ukraine denied any involvement, while Russia’s Federal Security Service (FSB) accused Ukraine’s secret services of being behind it.

In a message to Dugina’s family, President Vladimir Putin described her as a “bright, talented person with a real Russian heart – kind, loving, sympathetic and open”. He called her murder a “vile, cruel crime”.

If Ukraine were behind the killing, it would illustrate Kyiv’s ability to strike at targets in Moscow while also potentially opening up the Ukrainian elite in Kyiv to revenge attacks from Russia.

“The involvement of the Ukrainian state in this terrorist act, in this murder of a young girl was argued and proven by our special services,” Kremlin spokesman Dmitry Peskov said on Thursday.

Peskov said the Times report was positive in the sense that it appeared that U.S. intelligence agreed with Russia on who was behind the killing.

However, he added: “I really want to hope that this is not some attempt by our American colleagues to absolve themselves of responsibility for any preparations for future terrorist acts which the Ukrainian state, the Ukrainian regime, might prepare.”

The U.S. officials cited by the Times did not disclose which elements of the Ukrainian government were believed to have authorised the attack, who carried it out, or whether President Volodymyr Zelenskiy had signed off on the mission.

Mykhailo Podolyak, a Ukrainian presidential adviser, told Reuters on Thursday that “objectively speaking” Dugina had been of no interest to Kyiv before she was killed.

“Before Dugina’s murder, the people of Ukraine and representatives of the Ukrainian authorities did not know about her public activities and her influence on propaganda programmes,” he wrote on WhatsApp in response to a Reuters request for comment.

“In our opinion, the key beneficiary of Dugina’s murder was certain Russian radical supporters of the war (in Ukraine). Including a section of the (Russian) special services.”

The New York Times said some U.S. officials suspected that Dugina’s father, a vocal supporter of what Russia calls its “special military operation” in Ukraine, had been the actual target of the assassination.

After the killing, Dugin told mourners that his daughter had died for Russia.

“If her tragic death has touched anyone, she would have asked them to defend sacred (Russian) Orthodoxy, the people and the Fatherland,” Dugin said.

“She died for Russia, in the motherland and on the frontline, which is not in Ukraine but here.” 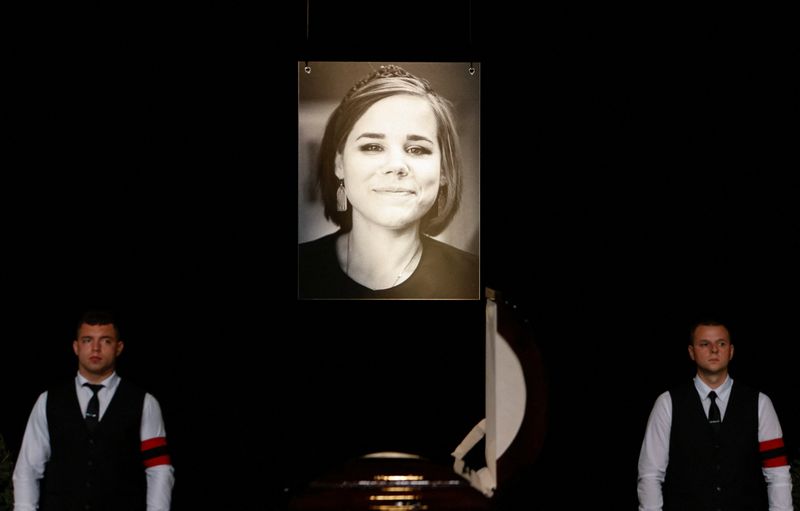