In a speech ahead of next week’s World Bank and International Monetary Fund annual meetings, Yellen said she would ask World Bank management to develop an “evolution roadmap” for changes by December, with “deeper work” beginning by the spring of 2023.

Among changes she is requesting are plans to harness more private capital and use more concessional loans and grants to fund investments that more broadly benefit the world, such as helping countries transition away from coal power.

“Given the scale of the challenges, the development banks must continue to explore financial innovations to responsibly stretch their existing balance sheets,” Yellen said at the Center for Global Development, a think tank in Washington.

Her directive was made just weeks after World Bank President David Malpass came under fire for declining to say whether he accepted the scientific consensus on global warning.

Malpass said his answer to a question on the topic at a forum was mishandled and that he believes human activity is responsible for climate change, but no shareholders have asked him to resign.

“We welcome the discussion on capital adequacy and Secretary Yellen’s leadership on the evolution of IFIs (international financial institutions) as developing countries face a severe shortage of resources, the risk of a world recession, capital outflows, and heavy debt service burdens,” the spokesperson said in an emailed statement.

Yellen made clear that climate change was a prime example of a global challenge that required changes by development banks, calling it “an existential threat to our planet.”

She announced a $950 million Treasury loan to the Clean Technology Fund (CTF), a multilateral trust fund that helps developing countries accelerate their transition from coal power to clean energy, the first of its kind from the Treasury.

Yellen said the World Bank and other multilateral development banks (MDBs) need to adopt stronger targets for mobilizing private finance and deploy a broader range of instruments, including loan guarantees and insurance products.

She said MDBs needed to preserve their ability to borrow from financial markets, but did not mention the debate over whether they could accept lower credit ratings.

Nancy Lee, a senior policy fellow at the Center for Global Development, said the World Bank could boost lending capacity by hundreds of billions of dollars without jeopardizing its credit rating. This could be done by including callable capital – money pledged by governments but not currently “paid-in” – as part of its capital adequacy framework, she added.

The development think tank and other groups are advocating that the World Bank also launch a “green capital increase” focused on boosting lending to address climate change.

On macroeconomic issues, Yellen said the top priority for countries facing high inflation was to return to an environment of stable prices – a fight she said was primarily the responsibility of central banks.

She said the Group of Seven members have “committed to market-determined exchange rates. But we are attentive to the political consequences of exchange rate movements.” 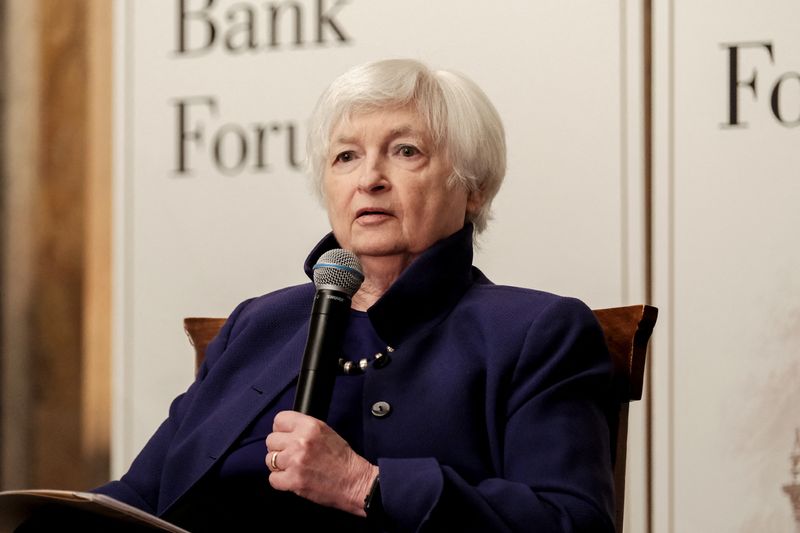