Russia captured the plant in March, shortly after invading Ukraine, and President Vladimir Putin ordered his government on Wednesday to take control of it. The plant is Europe’s largest, and Ukrainian staff have continued to operate it.

“(The) capturing of Zaporizhzhia nuclear power plant (stands) for nuclear blackmail and for exerting pressure on the world and on Ukraine,” Zelenskiy said in a video address to the Sydney-based Lowy think tank via a translator.

“You’re not using the weapons, but you can still be blackmailing by not having the nuclear power plant working for the people – the people are not receiving the electricity.”

Before the Russian invasion, the plant provided Ukraine with about one-fifth of its electricity.

Moscow and Kyiv accuse each other of shelling the territory of the plant, risking a nuclear catastrophe.

U.N. nuclear watchdog chief Rafael Grossi was expected to hold talks in Kyiv later on Thursday on creating a protection zone around the power station.

In his address, Zelenskiy urged Australia to use its influence to help unite the world in its response to Russia.

At the United Nations, the U.N. General Assembly will consider next week whether to condemn Russia’s annexation of Donetsk and Luhansk in east Ukraine and Kherson and Zaporizhzhia in the south. Russia is lobbying for the issue to be voted on by a secret ballot.

“We must now correct our joint efforts in a way to make the vote at the General Assembly for this resolution as unanimous as possible,” Zelenskiy said.

He said Putin was analysing the response to his annexation moves, rejected by Kyiv and the West as illegal.

“If the world’s response is weak then Russia will come up with a new escalation,” Zelenskiy said.

(Reporting by Stefica Nicol Bikes; Writing and additional reporting in Melbourne by Lidia Kelly; Editing by Hugh Lawson; Editing by Timothy Heritage and) 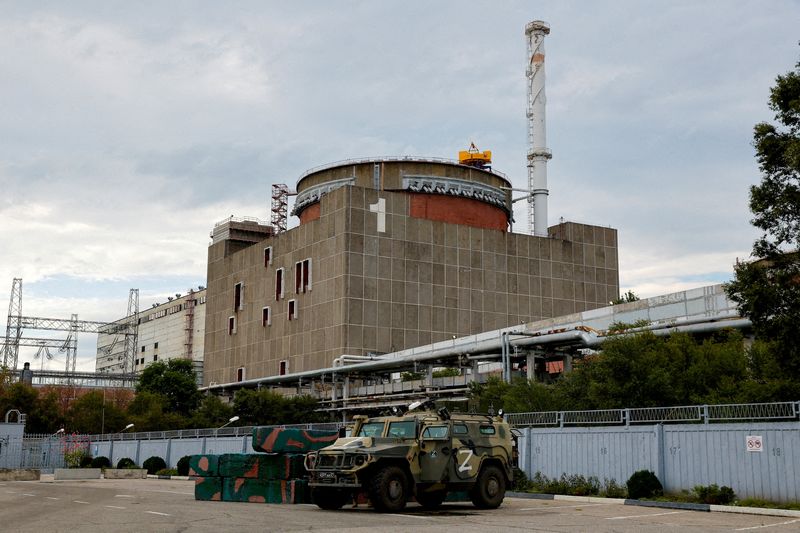