DUBAI (Reuters) -Iran’s clerical rulers will likely contain the country’s eruption of unrest for now, and prospects of the imminent dawn of a new political order are slim if history is any guide, four analysts said.

The protests, which began over the death of 22-year-old Mahsa Amini her arrest by morality police, have spiralled into a revolt against what protesters said was the increasing authoritarianism of its ruling Islamic clerics.

However, the chances of this snowballing into the kind of uprising that rapidly unseated veteran Egyptian and Tunisian rulers in 2011 seem remote any time soon, since Iran’s rulers are determined to maintain their grip on power at any cost.

For decades, the clerical establishment has used its loyal elite force, the Revolutionary Guards, to violently crush ethnic uprisings, student unrest and protests against economic hardship. So far the Guards have been relatively restrained, but they could be mobilised quickly.

If the protests persist, the Islamic Republic will turn to its usual solution: “unrestrained violence against unarmed civilians to quash the protests this time around”, said Kasra Aarabi, the Iran Program Lead at the Tony Blair Institute for Global Change.

Already, the protests have lasted nearly three weeks – turning into one of the biggest demonstrations of opposition to Iran’s Islamic clerical rule in years.

Although the volume of protests cannot be compared to the 1979 Islamic revolution, when millions took to the streets, the solidarity and unanimity of protesters calling for the downfall of the clerical establishment are reminiscent, analysts said.

“The one striking similarity the current protests have with 1979 is the mood on the streets, which is explicitly revolutionary … They don’t want reform, they want regime change,” said Aarabi.

“Of course, no one can predict when this moment will happen: it could be weeks, months or even years … But the Iranian people have made up their mind.”

Challenging the Islamic Republic’s legitimacy, protesters have burned pictures of Ayatollah Ali Khamenei and chanted “Death to the Dictator”, unfazed by security forces using tear gas, clubs and, in many cases, live ammunition.

But Iran’s top rulers are determined not to show the kind of weakness they believe sealed the fate of the U.S.-backed Shah.

To human rights campaigners at that time, the Shah’s great error was to alienate the population with torture and bloodshed. But in hindsight some historians say the Shah was too weak, slow and irresolute in repression.

“The regime’s approach is far more reliant on repression than the Shah,” said Alex Vatanka, director of the Iran Program at the Middle East Institute.

Rights groups said the state crackdown on protests has so far led to the death of at least 150 people, with hundreds injured and thousands arrested.

Officials say many members of the security forces have been killed by “thugs and rioters linked to foreign foes”, echoing Khamenei’s comments on Monday in which he blamed the United States and Israel for fomenting the “riots”.

Shortly before the revolution, Iran’s Shah appeared on national TV, saying: “As Shah of Iran … I heard the voice of your revolution … I cannot but approve your revolution.”

His opponents saw that as a sign of fragility.

“Khamenei had learned the lesson, as he lived through the revolution, that if you tell the people you’ve heard their voices and that you are wrong, this is the end of your leadership. He doesn’t want to do that,” said Vatanka.

“If Khamenei does not listen … and stop this nonsense that protests are all foreign-led, there will be more protests,” he said.

Demonstrations have spread from Amini’s native Kurdistan province to all of Iran’s 31 provinces, with all layers of society, including ethnic and religious minorities, joining in.

“These broad-based protests have attracted almost all segments of the population whose grievances have not been addressed by the regime,” said Vahid Yucesoy, a specialist on political Islam based in Canada.

A popular political Kurdish slogan used in the Kurdish independence movement, “Woman, Life, Freedom” that was first chanted at Amini’s funeral on Sept. 17 in the Kurdish town of Saqez, has been used globally in protests against her death.

Fearing an ethnic uprising, the establishment has adopted a restrained repression instead of the iron fist strategy it displayed in the past, analysts said.

“REVOLTING AGAINST THE CLERGY”

The protests are “secular, non-ideological to some extent anti-Islamic”, said Saeid Golkar, an assistant professor of political science at the University of Tennessee at Chattanooga.

“Iranians are revolting against the clergy … who use religion to suppress the people,” he said.

The anti-Shah revolt reverberated around provincial cities, towns, and villages. But what paralyzed his rule was strikes by oil workers, who turned off the taps on most of the country’s revenue, and by bazaar merchants, who funded the rebel clerics.

While university students have played a pivotal role in current protests with dozens of universities on strike, there has been little sign of the Bazaar and oil workers joining in.

“Bazaaris were important during the 1979 revolution as, at the time, they saw the Shah’s economic reforms as against their interests and therefore backed the revolution,” Vatanka said.

“Today, the Bazaar has nothing to defend, as it no longer controls the economy which is now in the hands of the Guards.”

The Guards, loyal to Khamenei, is an industrial empire as well as being a powerful military force. It wields political clout and controls Iran’s oil industry.

(Writing by Parisa HafeziEditing by Dominic Evans and William Maclean) 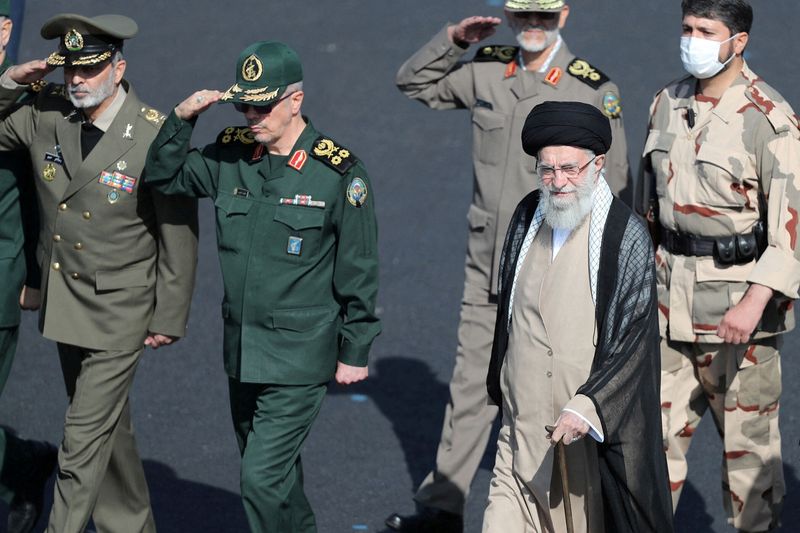 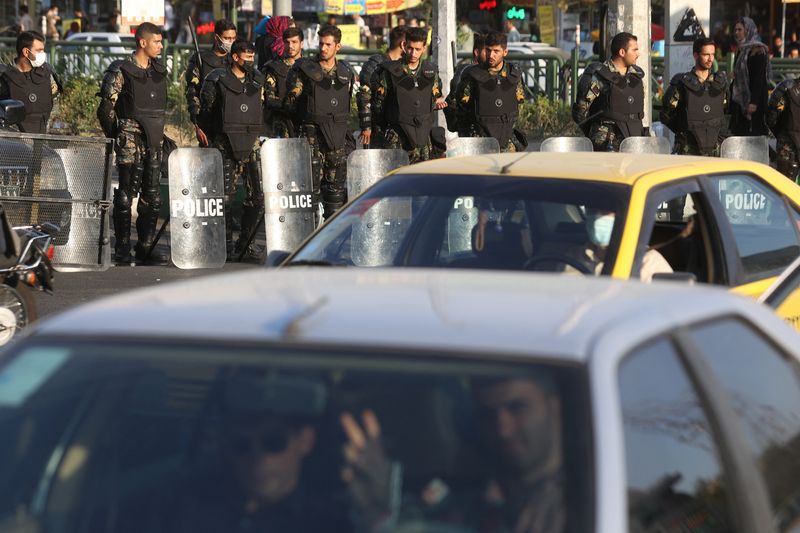 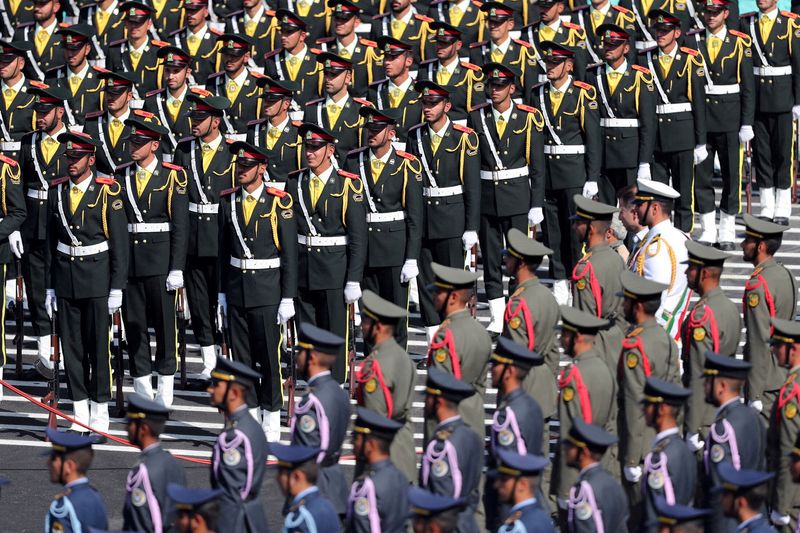 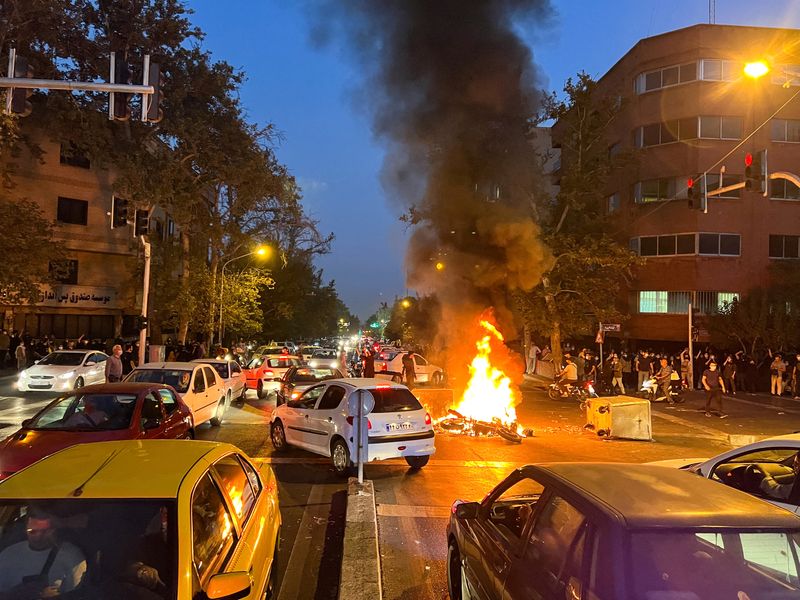