Employment in the goods producing sector fell by a net 24,800 jobs, largely in manufacturing. The services sector was up by a net 45,900 positions, mostly in educational services and health care and social assistance.

“We had a small increase in employment and also a small decline in the unemployment rate. But also as expected, a lot of that had to do with volatility. In the education services sector, there was a huge drop in August in that sector that was reversed in September. So kind of looking through that volatility, the job count is still down 92,000 over the last four months. The unemployment rate at 5.2% is still higher than its record low record low 4.9% in June and July. So I think on balance, there are signs that labor markets are still strong, but softening.”

“The unemployment rate is still low. It was unsustainably low earlier in the summer. So it does probably need to rise in order to put a cap on inflation… So at this point I wouldn’t think the increases we’ve seen to date and in the unemployment rate would worry the Bank of Canada. They’d be still pretty focused on inflation… You would have really needed a big downside surprise in labor markets to kind of really derail them from more aggressive interest rate hikes, and when we didn’t get that.”

“With today’s labour force survey neither rebuking (Bank of Canada Governor Tiff) Macklem’s hawkish stance on policy nor wholeheartedly endorsing it, the reaction in USD-CAD today was primarily driven by the outcome of the U.S. nonfarm payrolls data, which put the debate of the Fed pivot to bed for the time being.”

“The divergence of the data confirms the widening in front-end yield differentials, which we expect to remain in place over the remainder of the year and to drag USD-CAD up towards the 1.40 handle.”

“This report was fairly close to consensus; no huge surprises here. When you dig beneath the surface … I would say on balance it is probably a little less impressive than the headline moves would suggest just because most of the jobs gains were in part-time. There was a fair bit of weakness in the goods producing sector, especially in manufacturing. And of course the unemployment rate largely fell because of a further modest pullback in the participation rate.

Having said all that it is a bit of a relief to see a plus sign in front of the jobs number for once. In some ways, this is an ideal report from a policy stance. You have got modest gains with very slight moderation in wages. It’s cool but not too cool.”

The jobs data is “a little softer than we’d expected even though it is right in line with the market consensus. Given the declines of the previous three months, this is a pretty tepid rebound. The unemployment rate falling, it looks like a good thing at face value, but a lot of that does reflect a lower participation rate. The most interesting piece of this is the fact that wage growth did decelerate a little bit for permanent employees, down from 5.6% year-over-year to 5.2% year-over-year. That was not expected.”

“I think people had been looking for wages to be roughly stable. The Bank of Canada will be pleased to see that. It’s not going to be the sort of change in the evolution of the data that changes the Bank of Canada’s trajectory, but it does reduce one angle of worry. It speaks to the deceleration in the economy.” 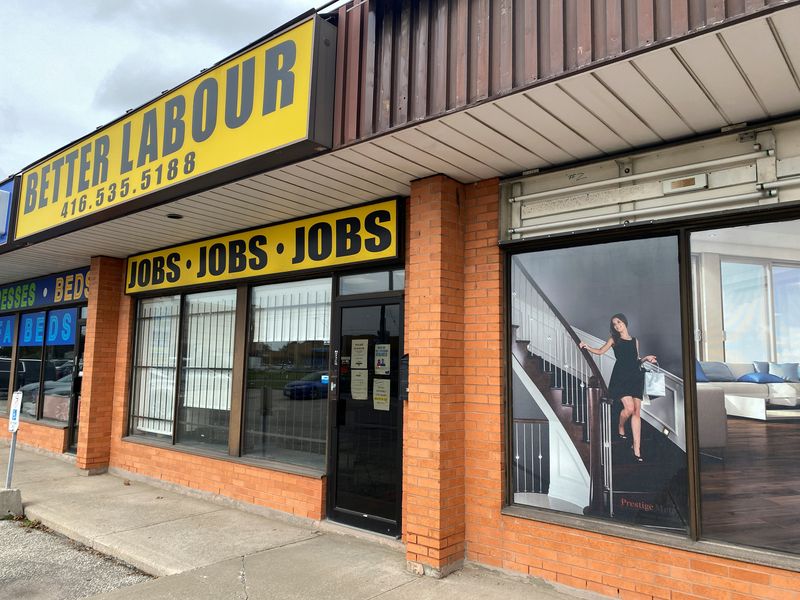