ALMATY (Reuters) – Russians opposed to the war in Ukraine or fearful of being sent to fight there have fled to Kazakhstan in their hundreds of thousands, but many are finding new problems on arrival.

Worries about money, sudden large increases in housing costs in response to the Russian influx, and scarce jobs are compounded by pressures from family back home – some have even been accused by relatives of betraying their country.

And the scale of the exodus has given rise to concerns from some Kazakhs who see the incoming Russians as a potential economic burden and even a security risk.

Kamar Karimova, a university professor in Kazakhstan’s biggest city Almaty, had to move out of a rented apartment within a day when her landlord abruptly raised the monthly rent by 42% to 340,000 tenge ($723).

“Many of my friends, acquaintances and students ended up in similar situations,” she says.

Rents have soared in Kazakhstan and other Central Asian nations – as well as Georgia – where Russians have headed since President Vladimir Putin announced a “partial mobilisation” on Sept. 21 to boost Russia’s flagging war effort in Ukraine.

In Georgia, some landlords have started adding a “no Russians” clause to their rental ads.

“Colleagues and I…rented out a one-bedroom apartment in poor condition located in what we were told was a dangerous neighbourhood,” said Dmitry, 39, a Russian interviewed in the Kazakh capital Astana who asked not to be identified by his full name.

The Kazakh government said this week that more than 200,000 Russians had entered the country since Putin’s announcement, and some 147,000 had since left. No data is available on their final destinations, though some are thought to have headed to neighbouring former Soviet republics.

About 77,000 have registered in Kazakhstan’s national ID system, a prerequisite for getting a job or a bank account.

The Kremlin on Thursday denied reports that 700,000 Russians had fled the country since the mobilisation decree. Putin’s spokesman Dmitry Peskov could give no precise figures but said “of course they are far from what’s being claimed there”.

The sudden influx has worried and even angered some locals in Kazakhstan. Several bloggers have posted videos online in which they ask newly arrived Russians about their position on Crimea, the peninsula which Russia annexed from Ukraine in 2014.

“To be honest, I am concerned because I do not know who they are, what they think, because they only started leaving (Russia) after the so-called partial mobilisation was declared,” Kazakh politician Mukhtar Taizhan said.

“They are draft dodgers, to put it bluntly, the ones who got [became?] afraid they would be sent to war. We do not know… whether or not they support Putin.”

Taizhan said he wanted the government to introduce tighter border controls, including background checks, or, ideally, to shut the border completely for Russians to protect the local labour market and avoid security risks.

“Tomorrow, they might unite into a group, start demanding something here,” he said. “This might turn into a concern for our security and, God forbid, territorial integrity.”

Uzbekistan’s government said on Tuesday it was strengthening border controls, with border guard troops to be involved in vehicle and cargo checks alongside customs officials.

Jobs are another concern, both for Kazakhs and for the Russians. Yana, 25, who left Moscow after getting detained and briefly jailed a few times for attending anti-government protests, is trying to find a job as a waiter in Almaty, but everyone tells her waiters need to speak Kazakh.

Some Kazakh businesses have publicly announced job offers for those fleeing the Russian draft, but some of those offers explicitly stated they were aimed only at ethnic Kazakhs.

Muscovite Alexei, 41, plans to continue working remotely for his company’s Russian office, having relocated to Almaty.

“I am mostly concerned about not being able to transfer money from my Russian bank account to my new Kazakh card. A bank clerk here offered a couple of solutions. Will be good if it works. If not, I’m screwed,” he said.

Nikita Rakhimov, a Russian psychologist who has also moved to Kazakhstan and set up a psychological help chat in messaging app Telegram for fellow emigres, says the most common complaints are accusations of treachery from Russian relatives, and anxiety.

“People usually react to accusations of betrayal with confusion, because this means that this relative values my life lower than the (outcome of) the conflict in Ukraine,” he said.

“(Anxiety) is the most typical complaint right now. Everybody is experiencing it. Even those who had a well thought-out plan when they left – and those are in the absolute minority. Against the backdrop of this anxiety, a person’s worries are amplified. And neuroses worsen.” 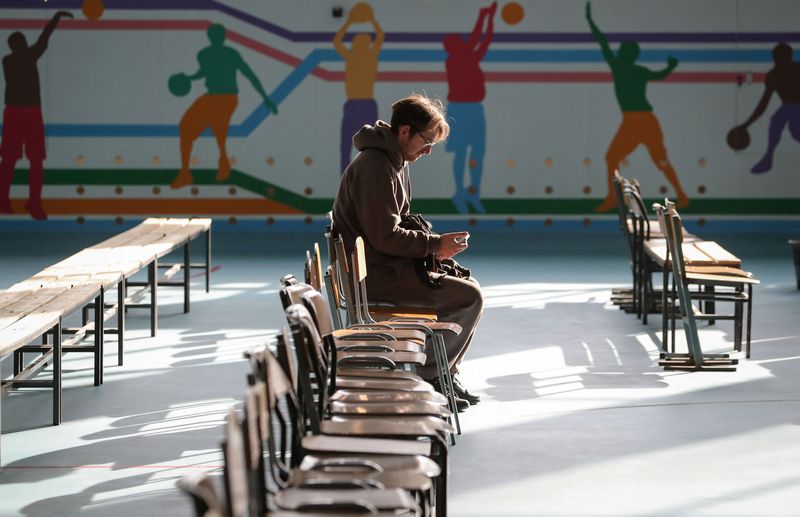 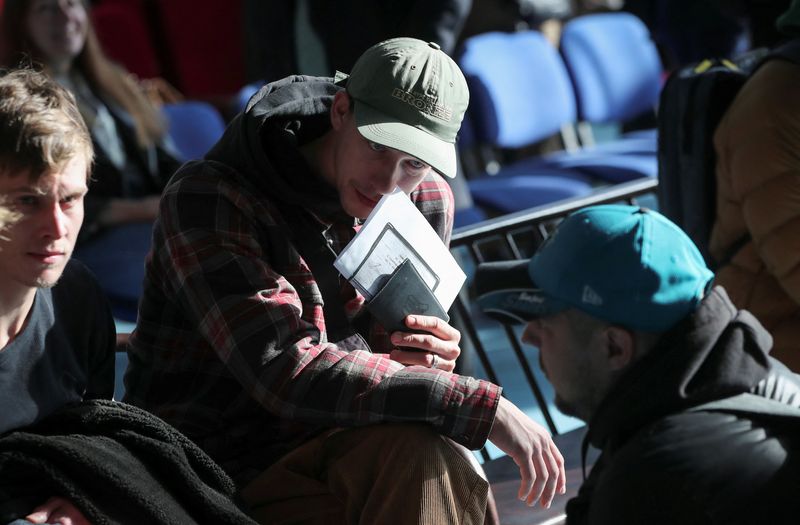 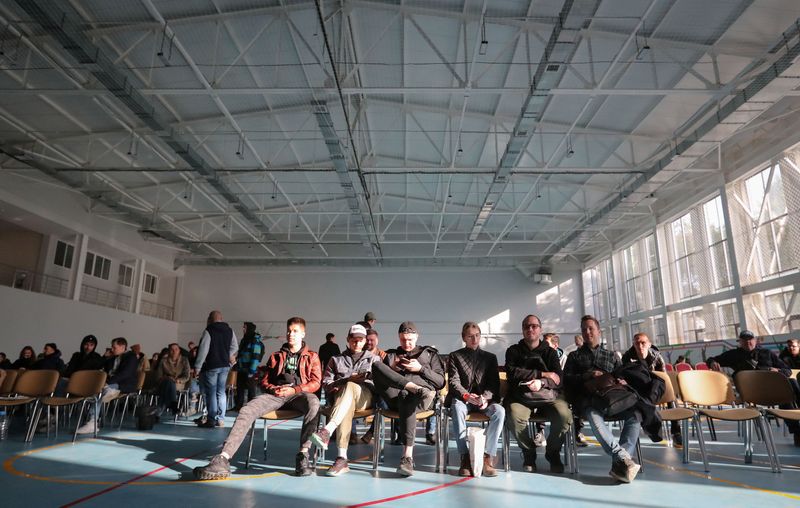 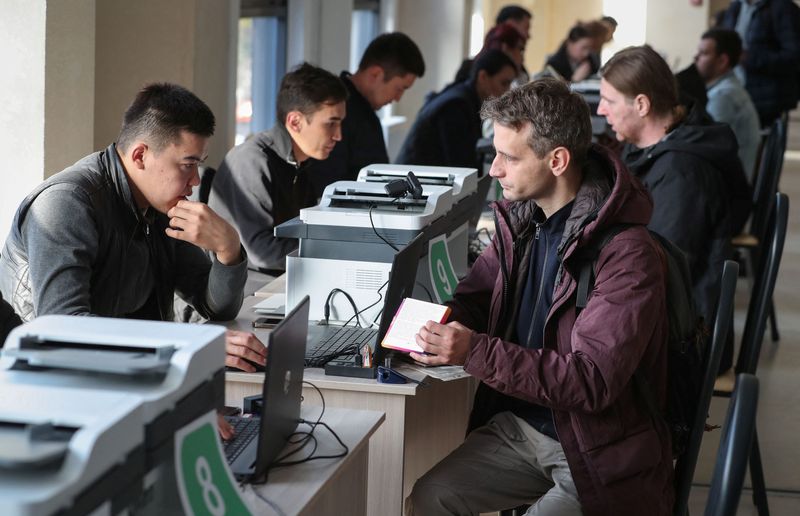 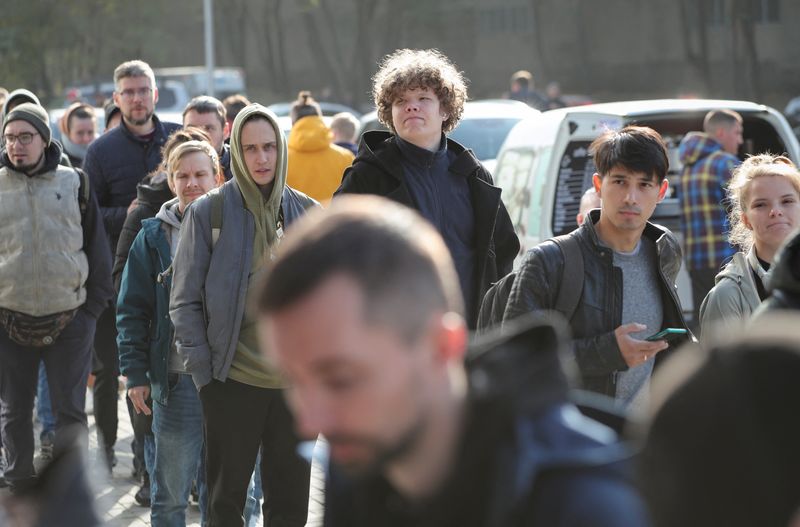