NEW YORK (Reuters) – As a painful decline in markets drags on, investors are grappling with a difficult choice: stick with stocks and hope for a turnaround or avoid them until better times arrive.

The S&P 500 is down 23% on the year, with a brief rally in October threatening to crumble after strong U.S. jobs data bolstered the case for more market-punishing rate hikes from a Federal Reserve that has made fighting inflation its top priority.

As markets have tumbled, wary investors have cut their stock holdings this year in favor of safer terrain, drawn by higher yields on everything from Treasuries to money market accounts.

Yet some investors are beginning to worry that sitting on the sidelines could eventually cost them once the market turns. Missing out on a few big days of gains can cut overall returns over time, while previous market bottoms have been marked by furious rallies that have rewarded those who stuck it out in stocks.

History shows that being under-invested in stocks could lead to missing out on substantial gains. Investors’ annual average return fell from 7.8% a year to 3.2% if they missed the 20 best stock market days over the last three decades, a Wells Fargo Investment Institute study found.

Meanwhile, the market tends to see its strongest gains in the month after it hits a bottom, according to Goldman Sachs research. The firm found that the S&P 500 has posted a median return of 16% during the month following the trough of eight bear or near-bear markets since 1980.

John Lynch, chief investment officer for Comerica Wealth Management, believes a lot of negative news is already priced in to markets, including fears of a recession. His firm is maintaining its standard allocation toward stocks in general in its portfolios.

Investors are looking to next week’s U.S. consumer price report for clues on whether the 300 basis points in rate hikes already delivered by the Fed have dented inflation. Signs that prices remain steep are likely to weigh on markets, further undercutting the case for staying in stocks.

Plenty of investors believe it is too early to get bullish on stocks. Valuations are one concern: The S&P 500’s forward price-to-earnings ratio has fallen to about 16 from nearly 22 at the start of the year, but remains above the level of about 10 times earnings seen during the throes of the 2007-2009 financial crisis.

And while profit estimates have weakened, they may fall further in coming weeks as investors factor in a potential economic slowdown. The challenges to the corporate outlook will become clearer starting next week, when third-quarter results start pouring in.

“This is one of the most difficult macro forecasting environments most companies have ever encountered,” they wrote.

Amid the uncertainty, conventional equity funds have seen net outflows for 35 straight weeks, according to Refinitiv Lipper. Meanwhile, fund managers increased their average cash balances to the highest level in more than two decades, the latest monthly survey from BofA Global Research showed.

King Lip, chief strategist at Baker Avenue Asset Management, said many of his investing clients are more concerned about greater potential losses than missing out on some potential gains.

In fact, some of the firm’s clients want to raise their cash positions further – even though many now hold 5% to 10% of their portfolios in cash compared with their more typical allocation in the low single digits.

“The conversation right now is it’s not about missing out on the rebound per se, it’s about capturing another 20 to 30% of the downside,” said Lip. “That’s what our clients are worried about right now.” 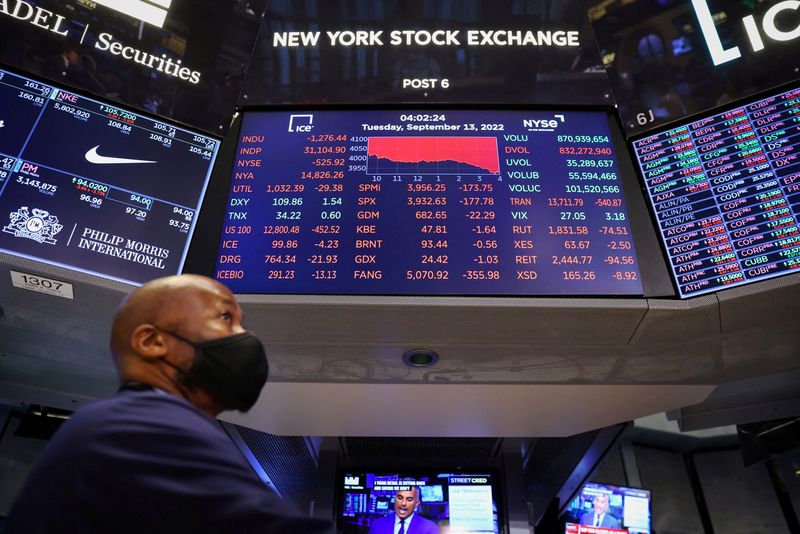