By Emma Farge and Uditha Jayasinghe

GENEVA (Reuters) -The U.N. rights body on Thursday renewed the mandate of a U.N. office to collect and preserve evidence of alleged wartime human rights crimes in Sri Lanka, despite opposition from the government and allies including China.

The resolution brought by Britain, Canada, the United States and others passed with 20 votes in favour and seven against at the United Nations High Commissioner for Human Rights. China and several other countries supported Sri Lanka’s view that the monitoring amounted to meddling.

“Sri Lanka categorically rejects the resolution presented without our consent, despite our efforts to engage with the main sponsors,” foreign minister Ali Sabry said, rejecting it as “rambling” and a “drain on resources”.

China, a close ally of Sri Lanka, voted against the resolution, which it called an example of “politicisation” of human rights issues. Pakistan called the resolution “intrusive”.

Sri Lanka’s neighbour India, which has extended the most financial support during the island’s financial crisis this year, abstained.

The resolution renews the mandate of the Office of the High Commissioner for Human Rights to observe Sri Lanka’s progress towards establishing a credible investigation into alleged war crimes during the civil war that ended in 2009 and promote demilitarisation of its north and eastern regions.

The renewed resolution also called for the government to investigate and prosecute former and current public officials who triggered the country’s worst financial crisis in more than seven decades, plunging the population of 22 million into soaring inflation, currency depreciation and severe food and fuel shortages.

The resolution follows a report by the UN High Commissioner released in September that encourages the international community to support Sri Lanka, but also address the underlying causes of the crisis, “including impunity for human rights violations and economic crimes” by officials.

“We strongly object to the draft resolution pronouncing on domestic, economic and financial policy matters which are outside the framework of this forum,” Sabry said ahead of the vote.

“Solutions to economic and financial crises faced today by many countries will not be found in the mandate, instruments or expertise of this Council.”

It mandates the U.N. rights office to prepare a comprehensive report for release in 2024, essentially giving Sri Lanka two more years to meet its rights-related obligations.

India said it would work with Sri Lanka to achieve the aspirations of the Tamil minority. 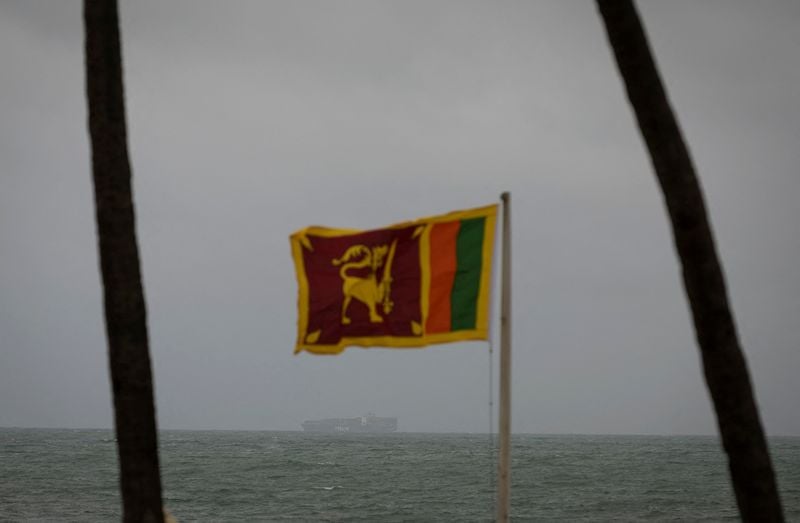