NEW YORK (Reuters) – Oil prices jumped about 4% to a five-week high on Friday, lifted again by an OPEC+ decision this week to make its largest supply cut since 2020 despite concern about a possible recession and rising interest rates.

Oil rallied for the fifth day in a row even as the dollar moved higher after data showing the U.S. economy was creating jobs at a strong pace gave the Federal Reserve a reason to continue hefty interest rate hikes.

That was the highest close for Brent and WTI since Aug. 30. The price jump pushed both benchmarks into technically overbought territory for the first time since August for Brent and June for WTI.

Both contracts posted their second straight weekly gains, and their biggest weekly percentage gains since March this week, with Brent was up about 11% and WTI 17% higher.

U.S. heating oil futures jumped 19% this week to their highest close since June, boosting the heating oil crack spread – a measure of refining profit margins – to its highest close on record, according to Refinitiv data going back to December 2009.

The Organization of the Petroleum Exporting Countries and allies including Russia, known as OPEC+, agreed this week to lower their output target by 2 million barrels per day.

“Among the key ramifications of OPEC’s latest cut is a likely return of $100 oil,” said Stephen Brennock of oil broker PVM.

The OPEC+ cut comes ahead of a European Union embargo on Russian oil and will squeeze supply in an already tight market.

OPEC Secretary General Haitham al-Ghais said the output target cuts will leave OPEC+ with more supply to tap in the event of any crises.

On Thursday, U.S. President Joe Biden expressed disappointment over the OPEC+ plans. He and U.S. officials said Washington was looking at all possible alternatives to keep prices from rising.

However, the U.S. oil rig count, an early indicator of future production, fell by two this week to 602, according to energy services firm Baker Hughes Co, as high inflation forces producers to spend more money to secure workers and equipment. [RIG/U]

“Oil futures prices are managing to gain upside traction even though widespread inflation across the U.S. and Europe is threatening the potential for a global recession where demand will likely take a sizeable hit,” analysts at energy consulting firm Gelber & Associates said.

In Europe, divisions between EU leaders over capping gas prices and national rescue packages resurfaced, with Poland accusing Germany of “selfishness” in its response to a winter energy crunch caused by Russia’s war in Ukraine.

(This story has been refiled to correct milestone for WTI to Aug. 30, not 29, in paragraph 5)

(Additional reporting by Mohi Narayan in New Delhi and Alex Lawler in London; Editing by Marguerita Choy and David Gregorio) 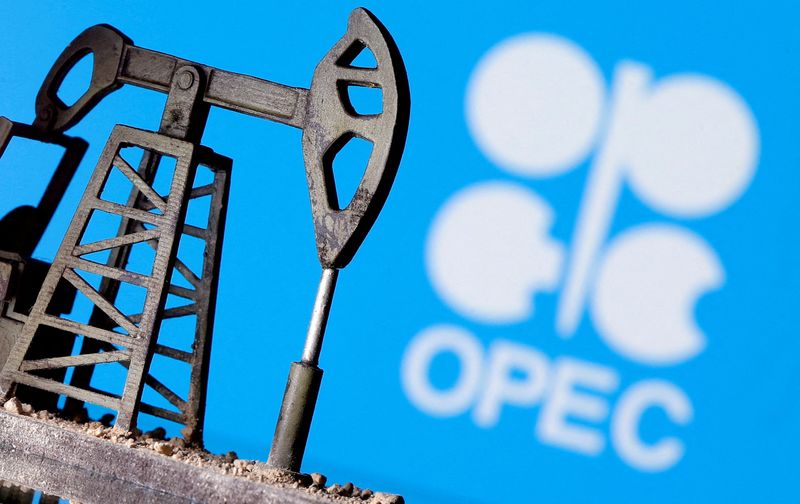