(Reuters) – Markets are shifting their focus east, with Chinese data and policies in the spotlight as Beijing’s once-in-five years leadership reshuffle looks set to see President Xi Jinping break with precedent and secure a third term.

U.S. data will no doubt be scoured for signs of a long-hoped Federal Reserve “pivot”, while central bank and finance chiefs gather in Washington for the IMF and World Bank annual meeting.

Here’s a look at the week ahead in markets from Kevin Buckland in Tokyo, Ira Iosebashvili in New York, John O’Donnell in Frankfurt, and Dhara Ranasinghe and Karin Strohecker in London. Graphics by Vincent Flasseur and Kripa Jayaram.

Chinese President Xi Jinping is set to be appointed to an unprecedented third five-year term as supreme leader in the week to come. But the days leading up to the twice-a-decade Communist party congress will be strewn with reminders of how damaging some of his policies have been for the economy and markets.

Loan data could show how a system awash with cash still can’t find borrowers, as a property crisis and crippling pandemic sap confidence. Exports have fallen victim to factory shutdowns as part of those pandemic counter-measures.

Investors hope for a roadmap out of the draconian zero-COVID policies, and wonder if “common prosperity” efforts will crush more than just the real-estate, hi-tech and tutoring industries. And part of Xi’s vision is a China that includes Taiwan.

Signs that inflation is finally starting to slip from multi-decade highs would be well received by investors, who have repeatedly had hopes dashed for that elusive pivot away from the Fed’s market-punishing rate hikes. But another robust number on Thursday could bolster the case for even more hawkishness.

Wednesday’s Fed minutes could lend insight on Fed thinking on the tenacity of inflation and how durable the U.S. economy is likely to be given rising borrowing costs. Friday’s retail sales and consumer sentiment data should show how U.S. consumers are faring after months of tighter monetary policy.

Bank of England (BoE) intervention to stem a bond market rout and a government U-turn on part of its unfunded tax-cutting plan have bought some calm to UK markets.

But the coming days will put the modest recovery in sterling and gilts to the test. It’s a data heavy week, with UK August jobs figures out on Tuesday and the August GDP estimate, industrial output data and trade balance numbers out Wednesday.

The economy is flirting with recession and weak data could pile pressure on the government to deliver longer-term growth plans. Markets price in a 100 basis point November rate hike, meaning sharply higher borrowing costs will likely add to economic pain.

On Monday the BoE said it would launch a temporary expanded collateral repo facility to help banks ease liquidity pressures facing their client funds. Emergency BoE bond purchases expire on Oct. 14. That could reveal just how much market nerves have been calmed.

4/ A MOUNTAIN TO CLIMB

After an online storm of rumours over Credit Suisse’s future sent its stock tumbling and default insurance cost soaring, the embattled lender will be keeping its fingers crossed the coming days stay calm. In a bid to reassure investors, Credit Suisse ended the week by announcing a bond buyback of up to 3 billion Swiss francs ($3 billion).

The bank, beset by a series of scandals and losses, wants time to work out the final details of an overhaul to claw back the trust of sceptical investors and is set reveal its revamp plan on Oct. 27.

The only difficulty: this vision requires another throw of the dice and potentially further billions of francs in fresh capital.

And the bank’s woes cast a pall over Europe’s financial sector, already in the spotlight over how lenders will cope with the latest market fallout. Germany’s Deutsche Bank is among those feeling the heat.

The who’s who of finance and central banking descend on Washington for the Oct. 10-16 International Monetary Fund and World Bank annual meeting – the first full in person meeting since October 2019.

There is plenty to discuss. A number of developing economies are buckling under the toxic mix of high inflation, food and energy shocks, elevated borrowing costs and the fallout from climate change. Many – like Ghana, Egypt and Sri Lanka – need financial help, knocking on the door of multilateral banks, the lenders of last resort. Ukraine is pushing for a bespoke programme to secure billions of funding.

But the stress is truly global, with central banks outside the United States trying to shore up their currencies against a surging dollar and the fallout from policy mistakes such as Britain’s mini-budget sending tremors through markets. 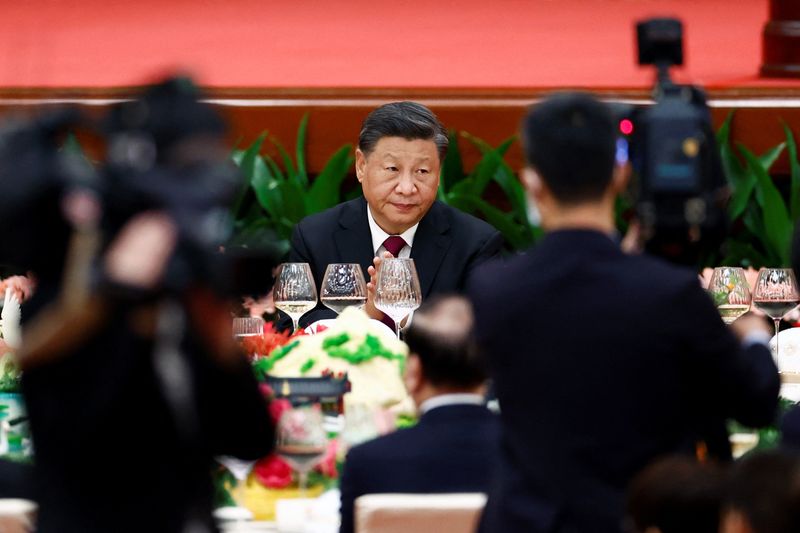