(Reuters) – The U.S. Supreme Court on Tuesday declined to hear white supremacist Dylann Roof’s bid to overturn his conviction and death sentence for fatally shooting nine Black people in 2015 at a church in Charleston, South Carolina.

The justices turned away Roof’s appeal of a lower court’s decision last year upholding the conviction and sentence. In his appeal, Roof, 28, had asked the justices to consider how to address instances in death penalty cases in which defense lawyers and defendants disagree, as they did in this trial, on whether to present mitigating evidence depicting a defendant as mentally ill.

A jury in 2016 found Roof guilty of 33 federal charges for the mass shooting at the historic Emanuel African Methodist Episcopal Church in Charleston. The same jury sentenced him to death in 2017.

Roof fired his lawyers and represented himself during the sentencing phase of his trial after a judge told him that his attorneys could introduce evidence over his objections depicting him as mentally ill.

In appealing the decision by the Richmond, Virginia-based 4th U.S. Circuit Court of Appeals to uphold his conviction and death sentence, Roof’s current lawyers argued that he should not have been forced to represent himself in court in order to prevent evidence he abhorred.

On June 17, 2015, Roof walked into the first-floor fellowship hall at the church and was welcomed to a Bible study session. Toward the end of the meeting as the members closed their eyes in prayer, Roof took out his .45-caliber Glock pistol and began shooting at the 12 people there. He shot the nine victims multiple times. 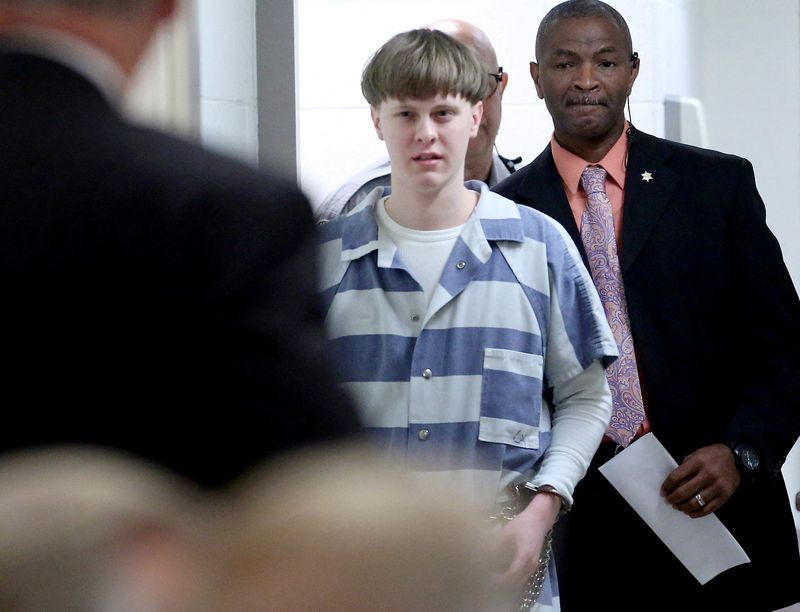