By Stefano Rebaudo and Harry Robertson

U.S. consumer prices increased more than expected in September as rents surged by the most since 1990 and the cost of food also rose, reinforcing expectations the Federal Reserve will deliver a fourth 75-basis-point interest rate hike next month.

Global bond yields rose sharply after the data was published, adding to pressure on other global central banks. Yet euro zone borrowing costs then fell back again in choppy trading. Yields move inversely to prices.

Christoph Rieger, head of credit research at Commerzbank, said euro zone bonds were sensitive to both expectations about the Fed’s actions and signs that the British government might U-turn on some of its contentious fiscal plans.

Euro zone yields fell earlier in the session after reports suggested British Prime Minister Liz Truss could row back on some of the planned tax cuts which have triggered chaos in UK markets.

Despite that later dip in yields, analysts said European bonds were likely to remain under pressure.

“Just when you think things can’t get worse, they do,” Ben Laidler, global market strategist at eToro, said.

“We set a new high for U.S. core inflation, which just completely validates the go-big interest rate strategy of the Fed and is another big disappointment to markets, which you didn’t think could get more disappointed. This global bond rout just gets another green light to continue.”

Some analysts said they now expect the Fed to raise interest rates by 75 bps in both November and December, following three consecutive 75-bp hikes since June.

Commerzbank’s Rieger said investors were likely to stay away from longer-dated bonds “until inflation pressure starts showing signs of abating”. He added: “This week’s and today’s patterns clearly underscore that the problems we are facing go beyond UK gilts.”

Laidler said the U.S. inflation data was worrying for Europe in part because of its likely impact on the dollar.

The dollar index has surged 18% this year as the Fed’s higher interest rates have attracted investors. That has weakened the euro dramatically, making imports more expensive and adding to the pressure on the European Central Bank (ECB).

Yet Dean Turner, an economist at UBS Wealth Management, said he thought the ECB would struggle to raise interest rates too far, given the weakness of the euro zone economy.

“We think (policy) rates (in the euro area) are unlikely to go close to 3% next year,” he said before the U.S. data. “The euro area may be in recession through the winter months, and that’s going to be one of the factors softening the ECB policy stance.”

The gap between the Italian and German 10-year yields was last down 8 basis points to 239.50. 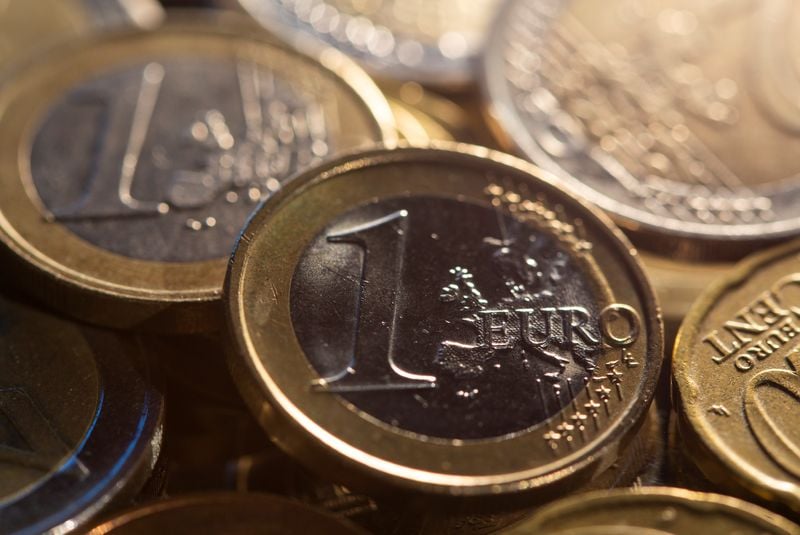