After a wild day on world markets on Thursday – the long-awaited turnaround or yet another bear market rally? – the focus in Asia turns to China.

Beijing releases a raft of key economic data on Friday including the latest snapshots of inflation and trade, while the country gears up for the 20th Communist Party Congress which opens on Sunday.

Chinese President Xi Jinping is widely expected to clinch his third five-year stint in charge – a mandate that would secure his stature as the country’s most powerful ruler since founding leader Mao Zedong.

China’s economic and financial challenges are mounting. Growth is slowing significantly and the huge property sector is in crisis. The yuan last month hit its weakest level in almost 15 years, and the offshore yuan the weakest since it was launched in 2010.

Investors will be looking for signals from Xi on how he intends to tackle these issues, not to mention the domestic, social and international political problems he also faces.

Asian markets will open with a spring in their step on Friday after the huge ‘risk-on’ rally Thursday. That was despite punchy U.S. inflation data that not only strengthened market expectations for another 75 basis point rate hike from the Fed, but opened the door to a 100 bps move.

They will be on FX intervention alert too, after the dollar’s spike to a 32-year high of 147.67 yen. The bullish whoosh across markets on Thursday pulled the dollar back a bit, but it remains above 147.00.

A G7 statement late on Thursday reaffirming policymakers’ commitment that excessive FX moves are undesirable seems to have barely registered among FX traders. If the dollar doesn’t come down further, the BOJ may have to act again.

Key developments that could provide more direction to markets on Friday: 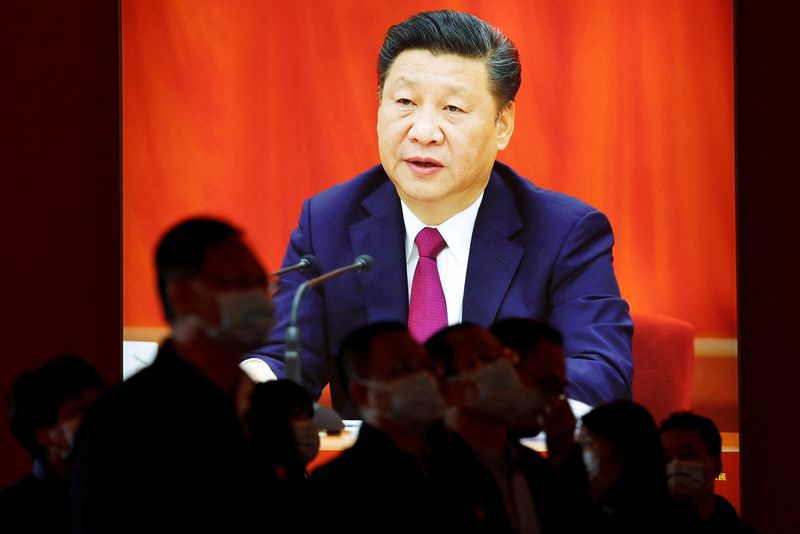