(Reuters) – The U.S. Mint will feature an Asian American on its currency for the first time when it issues a coin next week engraved with the image of actress Anna May Wong, who worked in Hollywood during a time of open racism and stereotyping.

A quarter-dollar coin featuring a profile of Wong with her signature bangs and long fingernails will begin circulating on Tuesday as part of the American Women Quarters Program, the U.S. Mint said in a statement.

“Along with the hard work, determination and skill Anna May Wong brought to the profession of acting, I think it was her face and expressive gestures that really captivated movie audiences, so I included these elements,” said Mint designer Emily Damstra, who helped create the coin.

She went on to appear in more than 60 films including one of the first movies made in Technicolor. She became the first Asian American lead actor in a U.S. television show for her role in “The Gallery of Madame Liu-Tsong” in 1951.

Despite her success, Wong faced anti-Asian discrimination and racism in Hollywood where she was typecast, underpaid and passed up for leading roles, forcing her to go to Europe to act in films, and to London and New York to perform in theater. Wong died in 1961.

Author and civil rights champion Maya Angelou and astronaut Sally Ride, the first American woman to go into space, have also been honored with coins in the series.

(Reporting by Brendan O’Brien in Chicago, Editing by Angus MacSwan) 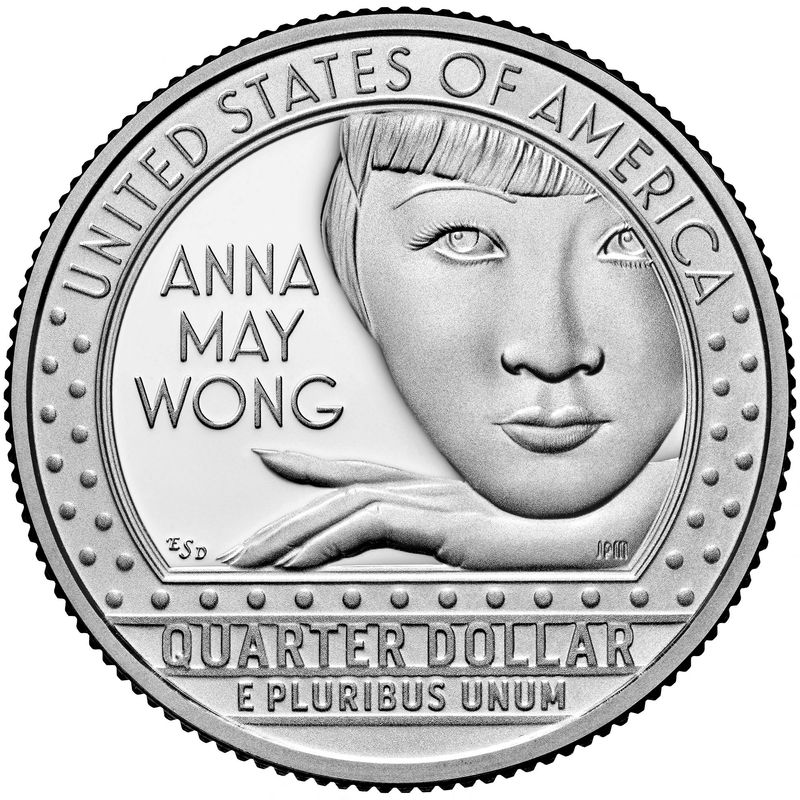