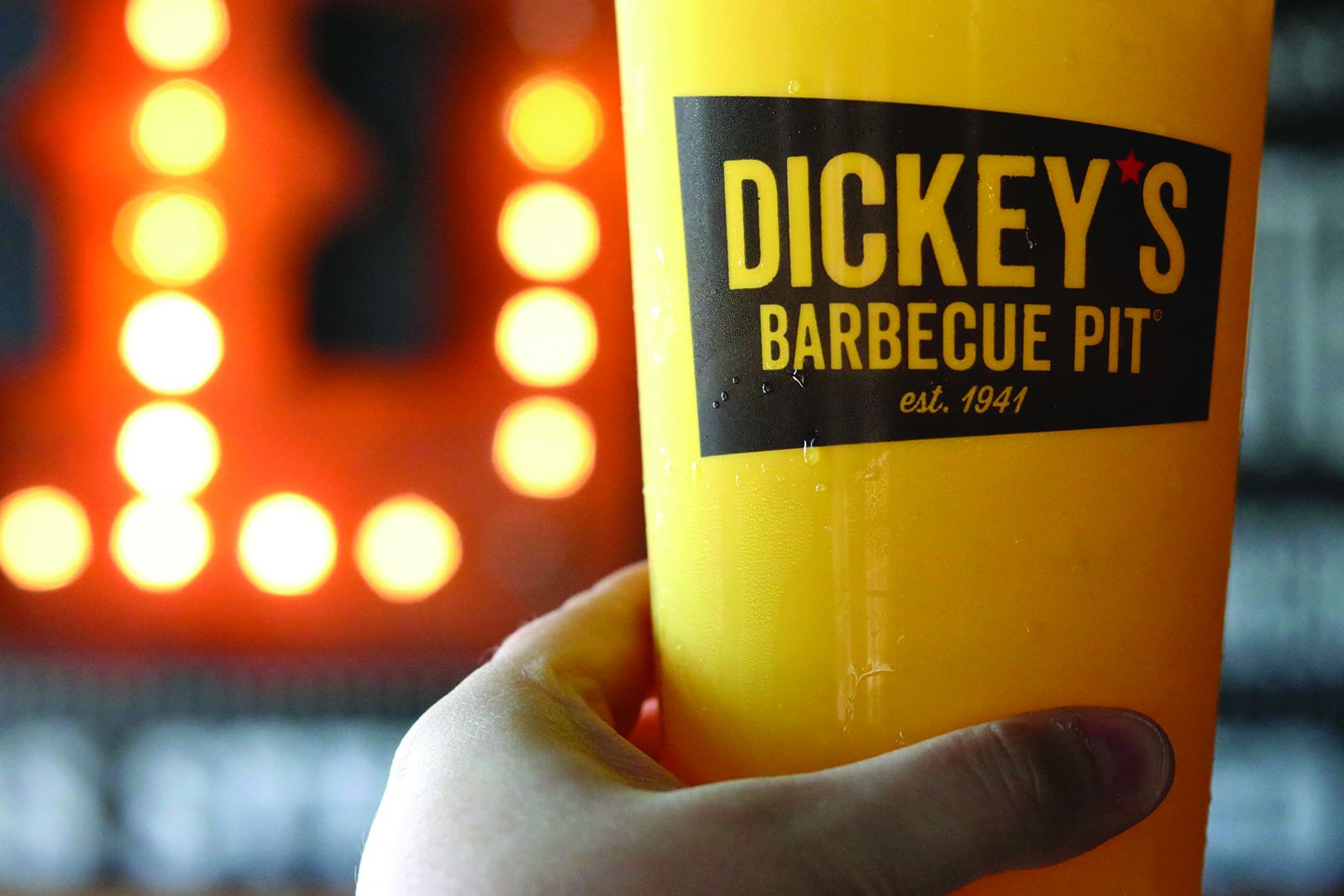 On Thursday, Oct. 28 starting at 6:30 p.m., Dickey’s will celebrate 80 years of serving delicious slow-smoked meats and savory sides at The Rustic, located at 3656 Howell St. in Dallas. The Dickey Foundation, the nonprofit arm of Dickey’s Barbecue Pit, awards grants to provide first responders with critical protective equipment and safety gear they need to help make their job easier and, more importantly, safer. This event will help raise additional funds for the foundation as well as celebrate 80 amazing years serving Legit. Texas. Barbecue.

Acclaimed country musician Josh Ward will perform live during the event while Dickey’s pulls off a Texas-sized accomplishment!

From 7:30-8:30 p.m., the Texas-style barbecue brand will attempt to set the GUINNESS WORLD RECORDS title for most photos of people holding from a reusable cup uploaded to Instagram in one hour. This record attempt will take place nationwide as fans feature Dickey’s iconic Big Yellow Cup in their Instagram photos. Additionally, for every picture posted, Dickey’s will donate $1 to The Dickey Foundation.

Barbecue lovers across the country are invited to be a part of Dickey’s history! All they have to do is take a selfie holding from their Big Yellow Cup and use the hashtags #ShowUsYourCup and #BigYellowCup on Instagram to help Dickey’s set the record.

“We have been waiting a long time for this celebration and we know it will be a very special night,” said Laura Rea Dickey, CEO of Dickey’s Barbecue Restaurants, Inc. “It is an honor to say we have been serving our fans Legit. Texas. Barbecue.™ for 80 years now, and it’s only fitting that we get them involved in our festivities with this GUINNESS WORLD RECORDS™ title attempt. We hope our loyal barbecue lovers can make it out to The Rustic for great music, fun and memories.”

The Dickey’s 80th anniversary event will also feature a pre-sale for Dickey’s newest cookbook, Beyond The BBQ, coming later this year and a silent auction with compelling prizes. Guests of the event can bid on these items:

Tickets for Dickey’s 80th anniversary event are $100 each and include an evening of music featuring Josh Ward and to be treated to food, an open bar and more. For information, visit the event’s Facebook page.

Dickey’s Barbecue Restaurants, Inc., the world’s largest barbecue concept, was founded in 1941 by Travis Dickey. For the past 80 years, Dickey’s Barbecue Pit has served millions of guests Legit. Texas. Barbecue.™ At Dickey’s, all our barbecued meats are smoked onsite in a hickory wood burning pit. Dickey’s proudly believes there’s no shortcut to true barbecue and it’s why they never say bbq. The Dallas-based, family-run barbecue franchise offers several slow-smoked meats and wholesome sides with ‘No B.S. (Bad Stuff)’ included. Dickey’s has over 550 locations across the United States and six other countries and is on track to have over 600 locations by the end of 2021.

In 2016, Dickey’s won first place on Fast Casual’s “Top 100 Movers and Shakers” list, was named a Top 500 Franchise by Entrepreneur in 2018 and was named to Hospitality Technology Industry Heroes in 2021. Led by CEO Laura Rea Dickey, who was named among the country’s 50 most influential women in foodservice in 2020 by Nation’s Restaurant News and was recognized as one of the top 25 industry leaders on Fast Casual’s 2020 Top 100 Movers and Shakers list, Dickey’s Barbecue Pit has also been recognized by Fox News, Forbes Magazine, Franchise Times, The Wall Street Journal and QSR Magazine. For more information, visit www.dickeys.com.