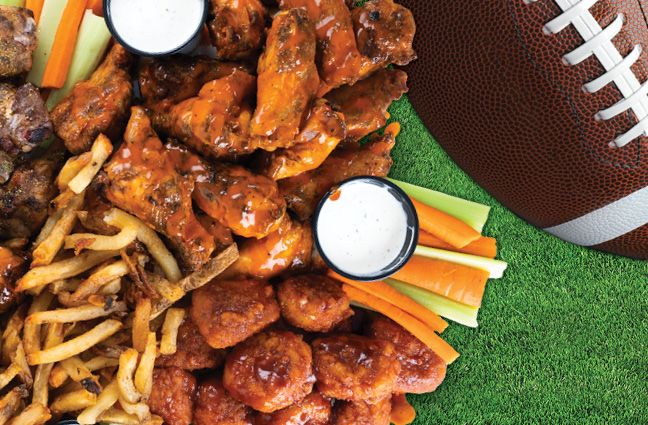 Dallas, TX  (-)  Dickey’s Restaurant Brands wants to help you gear up for the big game with an incredible deal from its virtual concept, Wing Boss. Come to win with your game day chicken wings by Wing Boss! Ensure your game day menu is the day’s real MVP!

The world’s largest barbecue concept is offering a big discount for the big game conveniently available for same-day delivery or pick-up. Game day wings discount for Wing Boss include:

“We’re thrilled to offer our fans this incredible deal – just in time for the big game,” said Laura Rea Dickey, CEO of Dickey’s Barbecue Restaurants, Inc. “If you have a hankering for some delicious, crispy, pit smoked one-of-a-kind wings that are sure to be a crowd pleaser, than we’ve got you covered to take your party to the next level!”

Dickey’s Barbecue Restaurants, Inc., the world’s largest barbecue concept, was founded in 1941 by the Dickey family. For the past 80 years, Dickey’s Barbecue Pit has served millions of guests in 44 states Legit. Texas. Barbecue.™ At Dickey’s, all our barbecued meats are smoked onsite in a hickory wood burning pit. Dickey’s proudly believes there’s no shortcut to true barbecue and it’s why our name isn’t BBQ. The Dallas-based, family-run barbecue franchise offers eight slow-smoked meats and 12 wholesome sides with ‘No B.S. (Bad Stuff)’ included. Dickey’s Barbecue 550 locations across the United States and eight other countries.