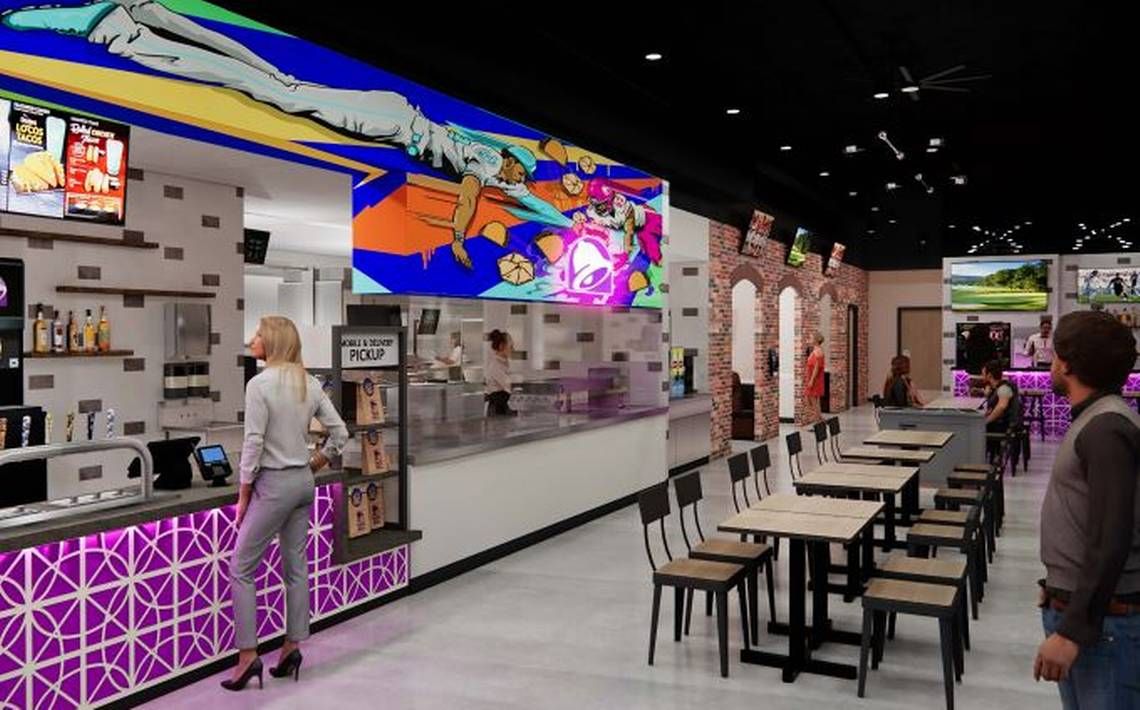 Kansas City, MO  (-)  Diversified Restaurant Group is expanding into Missouri and opening the first Taco Bell Cantina in Kansas City. The restaurant boasts Taco Bell favorites and elevates the dining experience with signature drinks, such as the Twisted Baja Blast Freezes. The grand opening of the Kansas City location (4111 Broadway, Kansas City, MO, 64999) is après-ski themed and slated for Friday, March 4. Festivities will kick off at 6 p.m. and are open to the public.

The Kansas City restaurant is owned and operated by Diversified Restaurant Group. The company owns nearly 300 Taco Bells, 67 of which are in the Kansas City area. They have four cantinas in California and one in Las Vegas. Some of the cantinas have been recognized as the “best” and “most beautiful” in the world.

“Cantina locations set themselves apart from our traditional Taco Bell restaurants with their design and menus and we are thrilled to bring this cool fun vibe to Kansas City,” said Tom Douglas, Chief Operating Officer for Diversified Restaurant Group. “The Westport area is a community that is a great fit for this concept with their unique entertainment and dining options. We are looking forward to celebrating our newest location with our neighbors in greater Kansas City.”

The grand opening celebration on March 4 will feature Taco Bell eats, Royals KCrew, DJ Hydan, Mac the Maverick, giveaways and other exciting fun. The Greater Kansas City Chamber of Commerce, local dignitaries, and other special guests will also be on hand for an official ribbon cutting to commemorate the opening.

The Kansas City Taco Bell Cantina has a sports theme and an urban design concept. They also offer a custom menu with all your taco bell favorites and alcoholic beverages, including mixed drinks, wine, sangria, up to 12 different beers on tap, and the signature Twisted Baja Blast Freezes.

In support of the surrounding arts community, the Kansas City Taco Bell Cantina features murals created by local artists. The colorful artwork spotlights the sports organizations that have made the area famous, including the Kansas City Chiefs, Kansas City Royals, and Sporting KC.

The Kansas City restaurant will be open 7 days a week from 8am to 3am.

Diversified Restaurant Group is a restaurant business comprised of owners and operators working to innovate and grow with quick service and fast casual brands across the country. What started as a 30-unit Taco Bell franchise in 2012 has since grown into a 300+ unit, multi-brand QSR operation with restaurants in Nevada, California, Kansas and Alaska. Diversified Restaurant Group operates over 290 Taco Bells, making them the second-largest Taco Bell franchisee in the world.