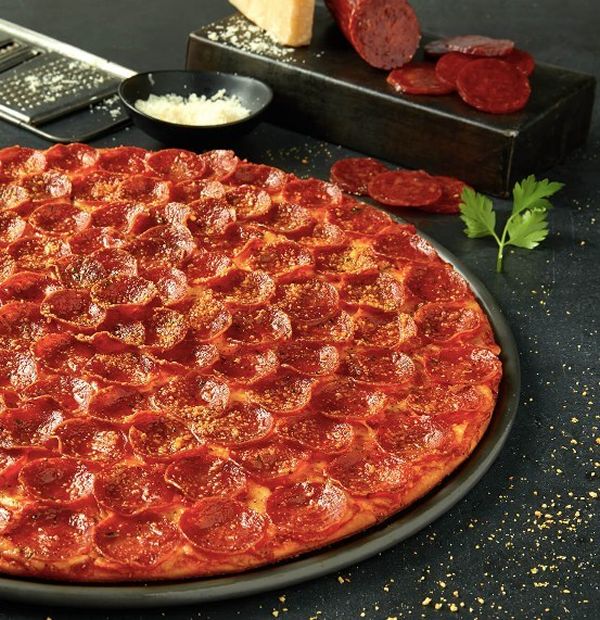 Columbus, OH  (-)  Donatos Pizza, the fast casual pizza chain famous for its Edge to Edge® toppings, is ready to expand its presence across North Carolina and South Carolina, targeting key metro areas. The announcement comes at a time when Donatos is experiencing more demand than ever for its craveable premium pizza, with a widening fan base.

“This is a wonderful franchise opportunity, as we know Donatos will serve a great fan base in metro areas across the Carolinas,” said Jeff Baldwin, Vice President of Development & Franchising for Donatos. “Our Edge to Edge® pizza has become a favorite in many communities across the Southeastern US and we are thrilled to continue our growth in the Carolinas.”

Donatos was founded in 1963 when Ohio State sophomore Jim Grote bought a small pizza shop in Columbus, Ohio from a young seminarian for $1,300. The company was classified “Best in Class” and acquired by McDonald’s Corporation in 1999, at a time when the fast-food giant was extending its reach beyond burgers. A few years later when McDonald’s was looking to get out of the pizza business, Grote and his daughter, Jane Abell, bought back the company in 2003.

For those with experience looking to bring a proven concept to their community, consider opening a restaurant offering pizza like no other in the state. Including a franchise fee of $30,000, the initial investment to own and operate a Donatos restaurant ranges from $360,360 to $697,400. The average store is 1,700-2,200 square feet and employs roughly 30 primarily part-time people. The average volume nationwide, per store, exceeds $1.14 million.

The Carolinas expansion announcement comes at a time when Donatos continues to expand its national footprint. Today, Donatos is served in more than 350 locations in 21 states including in 169 traditional Donatos restaurants. Donatos and Red Robin partnered three years ago to bring a scaled-down Donatos pizza menu alongside Red Robin’s signature burgers in a handful of Red Robin restaurants. The two franchises have expanded plans and today, that partnership includes 181 Red Robin locations in 13 states with plans to have Donatos pizza served in over 200 locations by the end of 2021.

Donatos features the Edge to Edge® pizza, created by Jim Grote who founded Donatos Pizza in 1963. The company was classified “Best in Class” and acquired by McDonald’s Corporation in 1999 at a time when the burger giant was buying small concepts. McDonald’s sold the chain back to Grote and his daughter, Jane Grote Abell, in 2003. Donatos and its franchise partners operate over 300 locations coast to coast in 20 states through its partnership with Red Robin and its availability in sports and entertainment venues. For more information, visit www.donatospizzafranchise.com, like on Facebook or follow on Twitter and Instagram.