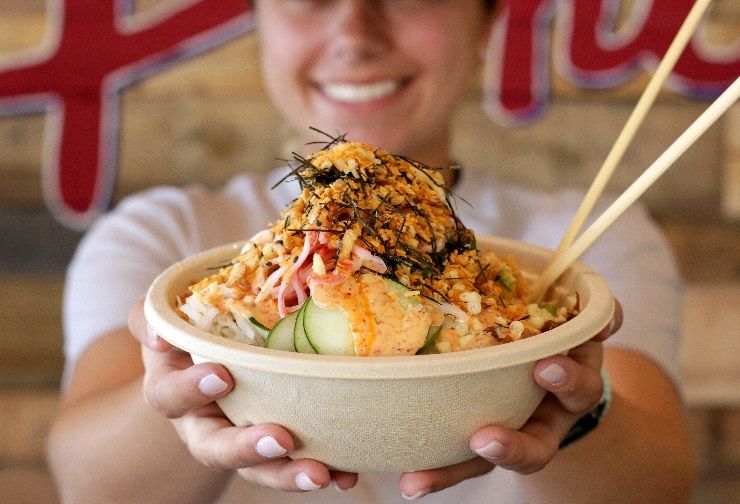 Orlando, FL  (-)  Island Fin Poké, the fast-casual restaurant famous for its Hawaiian-style build-your-own poké bowls, is thrilled to announce the addition of three new locations into its Ohana. These recent deals helped the brand surpass a milestone of 50 locations sold system-wide and will introduce the concept to the Phoenix and Nashville markets for the first time. The third location will be opening in Tampa Bay, strengthening the brand’s already-existing presence in the market.

This recent development brings Island Fin Poké one step closer to its goal of having a total of 40 locations open and operating by the end of 2022. The addition to the brand further positions Island Fin Poké as a prominent provider of healthy, customizable, fast-casual options not only in its home state of Florida, but across the country in general, as it accelerates its national expansion.

“Reaching a total of 50 locations sold is an important benchmark goal for us and we are so grateful that our growing Ohana helped make it a reality,” said Mark Setterington, CEO and Co-Founder of Island Fin Poké. “I’m beyond proud of how far we have come and can’t wait to share our growing brand with the Phoenix and Nashville markets for the first time.”

Island Fin Poké restaurants serve fresh poké (pronounced “poh-kay”), which is like sushi in a bowl. Guests can choose from responsibly sourced ingredients and customize their own poké bowl, with options including over eight proteins, 25 different toppings, gluten-free house-made sauces, and specialty mix-ins. The endless possibilities allow guests to get creative with healthier options and try something new every visit.

Island Fin Poké is a Florida-based fast-casual concept known for its Hawaiian-style build-your-own poké bowls. From farm-to-fork, the brand uses the freshest ingredients to bring traditional flavors from the islands to local communities nationwide. Founded in 2017, Island Fin Poké has 20+ locations open, with numerous others in various stages of development, aiming to have a total of 40 locations open and operating by the end of 2022. For more information, or if interested in joining the brand’s Ohana, please visit www.islandfinpoke.com.