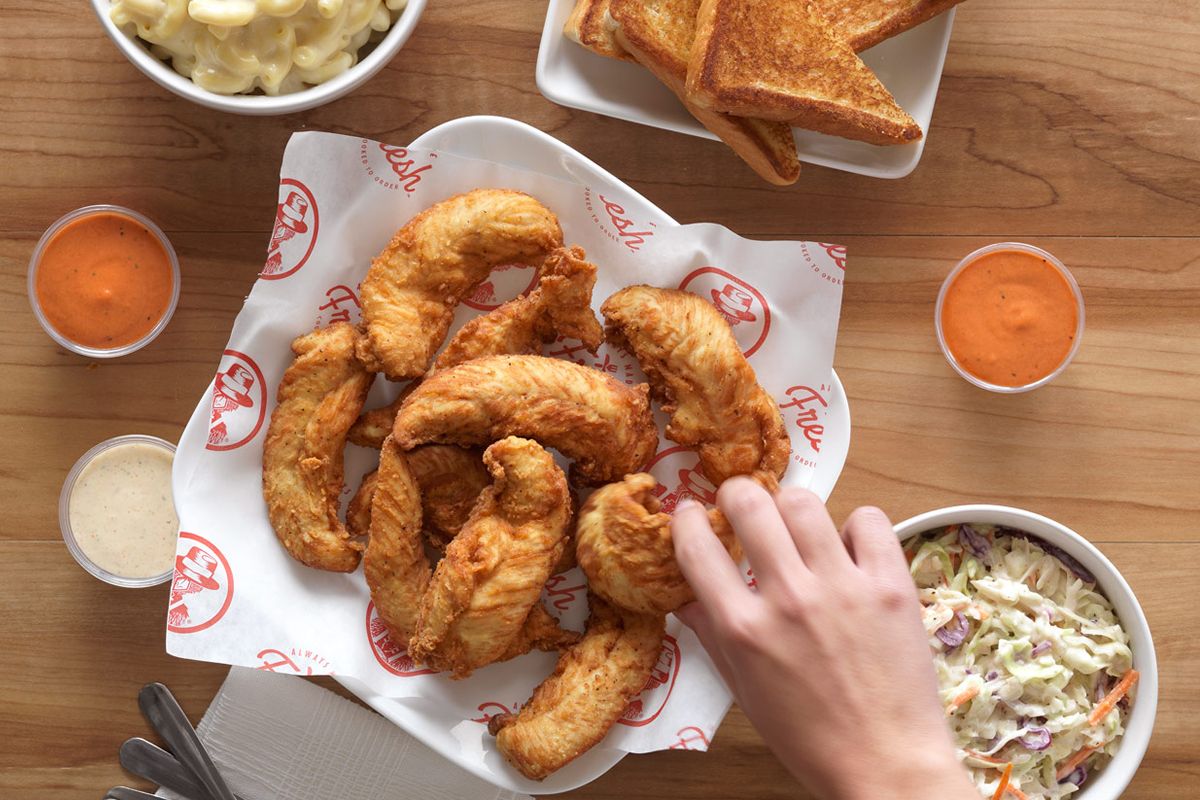 Pearland, TX  (-)  Slim Chickens, a leader in the “better chicken” segment of fast-casual restaurants, will continue the expansion of its 100% all-natural, fresh chicken and unrivaled flavor in Texas, with its newest opening at 11131 Broadway St. in Pearland on November 15.

Garza Management, a Houston-based fast food and quick service restaurant company, currently owns four Slim Chickens locations in the Houston market and plans to open three more locations every two months this year. Garza chose Pearland for its latest location due to its booming economy coming out of the pandemic, and the company wanted to expand brand awareness around parts of Houston and surrounding areas.The company owns other fast food chains along with Slim Chickens throughout Houston.

“After the enormous success of our established Slim Chickens locations, we look forward to opening our fifth location in Pearland,” said Andrew Miller, Garza Management’s COO. “Slim Chickens provides top-notch customer service and will be a perfect fit in the warm and friendly community of Pearland.”

Aside from bringing its famous, delicious fried chicken and Southern-inspired sides to the area, the new Slim Chickens location in Pearland will also make a positive economic impact with more than 75 new jobs anticipated for creation in the community.

The Pearland opening is one piece in Slim Chickens’ larger growth story. Since its founding in 2003, the brand has celebrated more than 150 openings in 25 states, with an overall goal of opening 600 restaurants by 2025. In Texas alone, the brand has already grown tremendously to 26 locations.

“Our freshly made southern dishes and homemade recipes create loyal guests who feel good about the food they’re eating, and we’re proud to be able to grow our loyal fan base into the Pearland market,” said Slim Chickens Chief Operating Officer Sam Rothschild.

By focusing on providing only 100% fresh, all-natural chicken tenders that are buttermilk-marinated, hand-breaded and always cooked fresh-to-order, the brand has committed to providing a “better chicken” experience that can’t be found anywhere else. In addition, a choice of 17 housemade sauces adds exceptional flavor and has earned admiration from both guests and critics alike. Slim Chickens also offers fresh sandwiches, salads, wraps and its signature chicken and waffles. To offset the savory side of the menu, rotating desserts served in Mason jars are also available.

Slim Chickens opened in 2003 in Fayetteville, Arkansas, with a focus on fresh, delicious food with a southern flair in a fast-casual setting. Guests can always expect fresh chicken tenders and wings cooked to order and served with housemade dipping sauces. With over 150 locations opened and a fanatical following in 25 U.S. states, as well as international locations in Kuwait and London, the eternally cool brand is an emerging national and international franchise leading the “better chicken” segment with a goal to grow over 600 restaurants over the next decade. Southern hospitality is not just for the South; everyone, everywhere can appreciate honest food to socialize with friends and neighbors. To learn more about the brand, visit www.slimchickens.com.