SYDNEY (Reuters) – Already-flooded towns across Australia’s east were on high alert on Monday after a weekend of heavy rains, with authorities warning a wild weather system could persist until later this week and trigger renewed riverbank bursts.

Thousands of homes and farms over a wide swathe of New South Wales and Victoria, Australia’s two most populous states, have been inundated and five people in the country have lost their lives as the year’s fourth flooding crisis in the east enters its third week.

About 200 flood warnings remained in place in both states as of Monday morning, with 132 of those in New South Wales.

“The flood warnings are incredible … there are so many rivers experiencing flooding from southern Queensland all the way down into Northern Victoria,” Bureau of Meteorology forecaster Dean Narramore said.

Residents in parts of Lismore, a town of 77,000 about 700 kilometres (435 miles) north of Sydney already devastated by floods in March, faced another deluge after up to 200 millimetres (8 inches) of heavy rain over the weekend. A severe weather warning was cancelled on Monday, but the region is still on flood alert.

Many agricultural regions have been severely impacted, including Moree where the local river peaked near historic flooding levels.

“The damage is horrific and extensive,” Moree Mayor Mark Johnson told ABC television. “There will be some farmers who will get some crops but there will be a lot … who won’t get anything this year.”

Emergency crews urged residents to avoid driving on flooded roads as they searched for a woman who was reportedly trying to escape a vehicle stuck in flood waters near the town of Mudgee.

The federal government on Monday said it would set aside A$577 million ($370 million) to speed up the processing of relief payments, a day ahead of publishing the national budget. 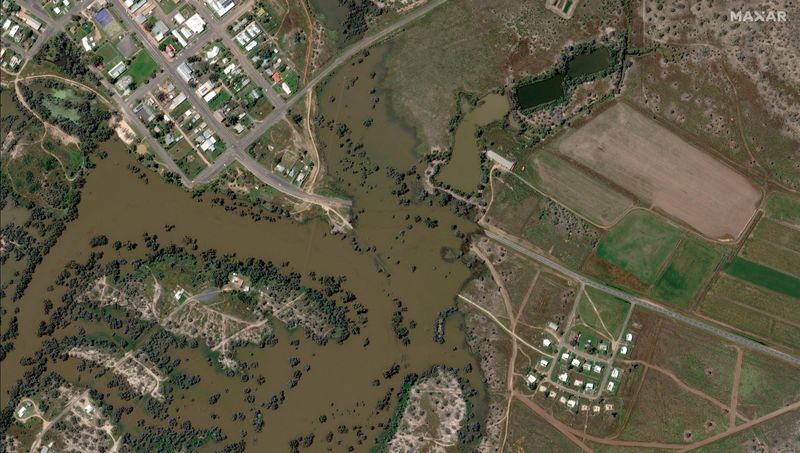