WASHINGTON (Reuters) – U.S. House of Representatives Speaker Nancy Pelosi, the top Democrat in Congress, will attend a forum in Zagreb this week aimed at supporting Ukraine’s independence and the return of the Crimean peninsula to Kyiv, her office announced on Sunday.

“Discussions will be centered on the international community’s efforts to support the Ukrainian people while holding Russia accountable for its documented war crimes and attempted illegal annexations,” Pelosi’s office said in a statement on Sunday.

Pelosi, who visited the war-torn country earlier this year, has been a strong supporter of providing aid and military assistance to Ukraine since Russia invaded on Feb. 24.

Pelosi will give a speech at the forum “where she will deliver a statement of America’s unbreakable commitment to Ukraine,” it said.

The Crimea Platform summit, to be held in the Croatian capital of Zagreb, will hear from Ukrainian government officials and outside experts focusing on “the parameters of Crimea’s reintegration” after Moscow’s annexation of the Eastern European peninsula from Ukraine in 2014. 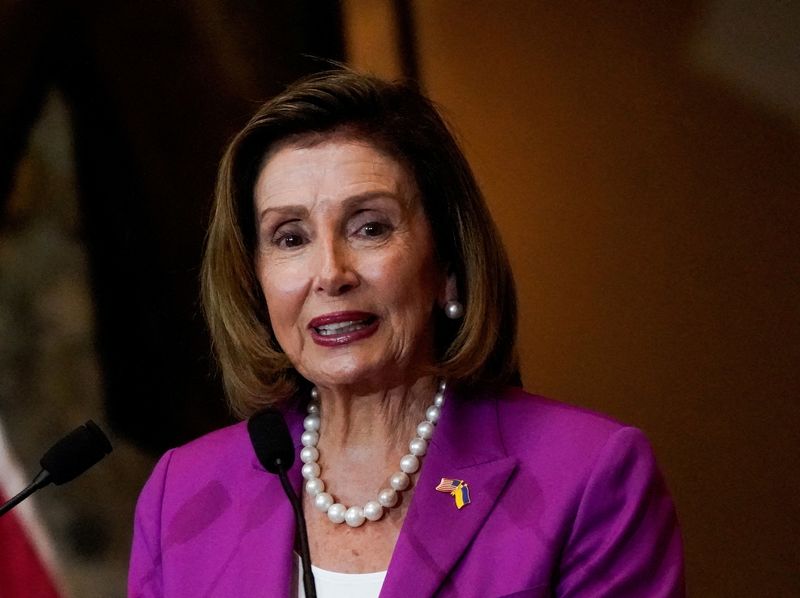