(This Oct 22 story has been corrected to remove reference to Tiffanie Harrison being the first Black woman elected to the Round Rock school board.)

ROUND ROCK, Texas – At traffic-choked intersections in this Texas town, a blunt campaign slogan stands out from clusters of candidate signs: “Teach ABCs + 123s, Not CRTs & LGBTs.”

Blood-sport politics have come to school board elections in Round Rock, a rapidly growing and diversifying suburb of Austin. Parents are forming political action committees, canvassing door-to-door and sparring on social media. National interest groups, political parties and unions are weighing in on what have historically been nonpartisan contests.

The slogan belongs to Don Zimmerman, one of five conservative school board candidates who bill themselves as the “One Family” slate. The group rails against what it calls “political correctness” in schools, “leftist” teachers’ unions, “pornography” in school libraries and LGBTQ-friendly policies.

Among their top targets is critical race theory (CRT), which argues that racism and prejudice are embedded within U.S. laws and institutions. Public schools across the nation have said they aren’t teaching the college-level theory, but it has become a catch-all term for critics of policies that promote equity and inclusion.

Zimmerman is running against incumbent Tiffanie Harrison, a progressive Black woman. Harrison and her supporters call the challengers the “hate slate,” accusing them of fomenting division. In response, Zimmerman regularly labels his critics “bigots” and “trolls” on social media and says his slate is trying to elevate the district’s academic standards.

The battle in Round Rock – which has echoes around the country – is an outgrowth of a surge of activism during the COVID-19 pandemic, when parents angry over mask and vaccine mandates disrupted school board meetings from Florida to Alaska.

Now that discontent is being harnessed by conservatives nationally. Republicans such as Governors Greg Abbott of Texas and Ron DeSantis of Florida have put “parental rights” at the center of their November re-election bids. Grassroots groups such as Moms for Liberty have lobbied legislatures, and outside PACs such as the 1776 Project have raised money nationwide to back hand-picked school board candidates.

The efforts show how Republicans, who have gained control of the majority of state legislatures and governors’ offices in the country – and appear on the verge of seizing at least one chamber of Congress in the U.S. midterm elections on Nov. 8 – are now looking to consolidate power on the community level.

Ryan Girdusky, who founded the 1776 Project, estimated about 70% of his school board candidates have won in elections held so far this year. Victories in Democratic-leaning enclaves such as Miami, he said, speak to how their concerns cross party lines.

“People reorganize and reorient their entire lives around their children,” Girdusky said. “They don’t like their children being messed with.”

The Round Rock school district is ripe for political tension. Tech companies such as Apple and Dell have brought an influx of skilled workers, many of them Asians and other diverse groups. New residents have moved from nearby liberal Austin.

Williamson County, home to much of the school district and traditionally Republican-leaning, narrowly voted for President Joe Biden, a Democrat, in 2020.

The district sprawls across 110 square miles, with 56 campuses that house 48,000 pupils. White students make up about a third of the student population, down from 44% in 2012. Hispanic students make up nearly another third, while the percentage of Asian students has grown to 20% from 12%.

Like school districts across the country, Round Rock was upended by the pandemic. While its lockdown phase was shorter than most, a decision by the board to reinstate a mask mandate last fall as the Omicron variant spread proved divisive.

“We had to make tough choices,” Harrison said. “That’s when we really began to see the divide in our community.”

But it is Zimmerman’s rhetoric around race and gender that has Chuy Zarate, a local parent who is running for the school board, convinced the conservative slate is more concerned about the district’s changing demographics than the children.

Under the auspices of combatting critical race theory, Zimmerman has pledged to abolish the district’s Office of Equity, Diversity, and Inclusion, which works to improve student outcomes for nonwhite students. While the district insists it does not teach CRT, conservatives view programs that promote diversity as examples of its spread.

Zarate fears the slate would also do away with texts aimed at Black and Hispanic students, and social and emotional teaching tools, which encourage children to develop empathy and healthy relationships.

Zarate said he and his wife have considered leaving the state with their children, some of whom identify as LGBTQ, if the conservatives take control.

“I’ve never seen it as terrifying as it is right now,” he said.

In school board races where name recognition may be the largest factor, a few thousand dollars can make a difference.

Earlier this year, the 1776 Project received a $900,000 contribution from another conservative group, Restoration, a PAC backed by billionaire Richard Uihlein of Illinois, whose website says its mission is to “defeat leftists and the woke agenda.”

Girdusky said he’ll spend “thousands” in Round Rock to support the conservative One Family slate. To receive a 1776 Project endorsement, a candidate had to be opposed to mask mandates, school closures and the teaching of critical race theory.

Locally, the One Family slate is backed by a PAC of the same name that has helped stage events and purchase newspaper ads and road signs. The PAC reported raising about $40,000 as of Oct. 11 and still had $16,000 left to spend in the final weeks before the election, according to campaign finance records.

Jeremy Story, a local pastor and a founder of the PAC, said the slate aims to assume full control of the seven-member board and craft policy that reflects their views.

“We want to see change happen if we get elected. One person getting elected doesn’t make change,” Story said.

Story said there were materials in the school libraries that cross the line into “outright pornography.” On Facebook, the slate has identified several books with the word “queer” in their titles as objectionable.

But, Story added, “our opponents want to turn this into book bannings or not trusting librarians. This is not the case. We need safeguards.”

The Texas Republican Party endorsed the conservative slate last month, saying in a resolution that it was concerned about “political indoctrination in the classroom.”

A group of alarmed liberal-leaning parents in Round Rock have formed their own PAC, Access Education, which had raised almost $30,000 as of Oct. 11.

The local teachers’ union has also endorsed a slate of more liberal candidates, as has the county Democratic Party.

Meenal McNary, a member of Access Education, hosts meetings at her house every Sunday, bringing in about a dozen local women to discuss the school board race.

“We have to talk to our neighbors,” McNary said. “This is about including everyone in our community, about lifting up every member of our community.”

Harrison, the current board member, said she has been barraged during the campaign with threats online and over the phone. Earlier this year, she said, she and two supporters received packages containing bloody tampons in what she viewed as an attempt to intimidate her.

She said losing to Zimmerman would be devastating.

“School board elections are supposed to be nonpartisan,” Harrison said. “Children are not red or blue.” 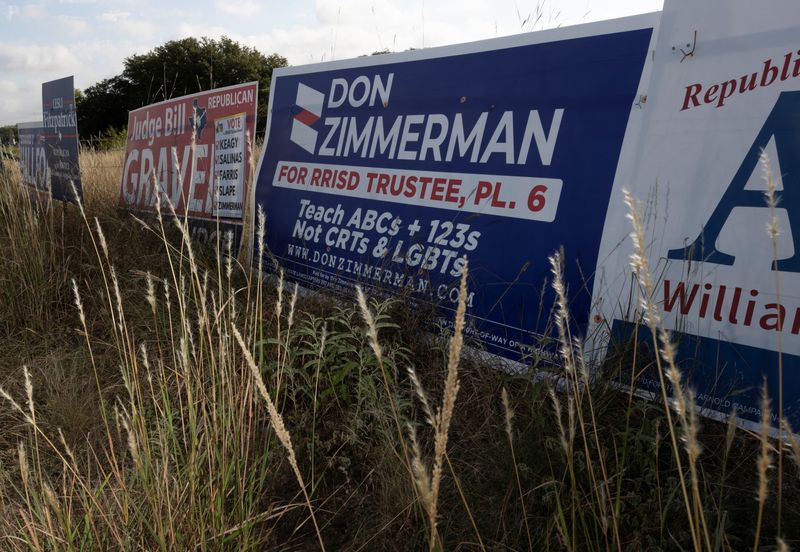 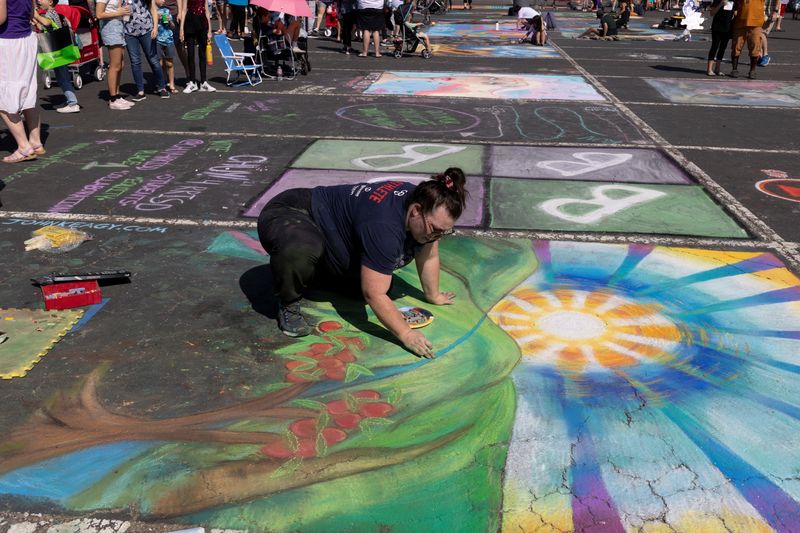 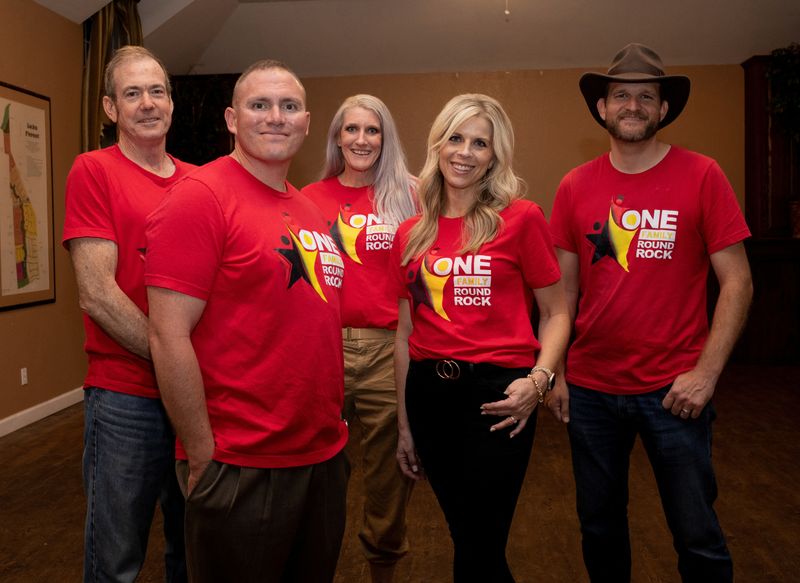 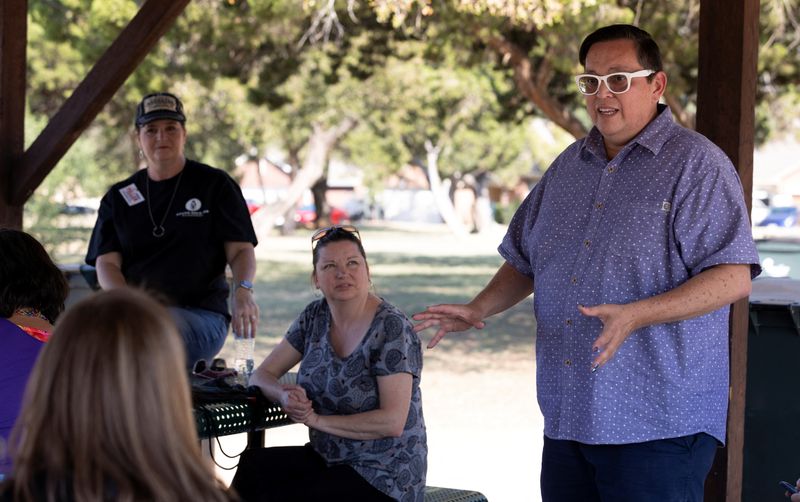 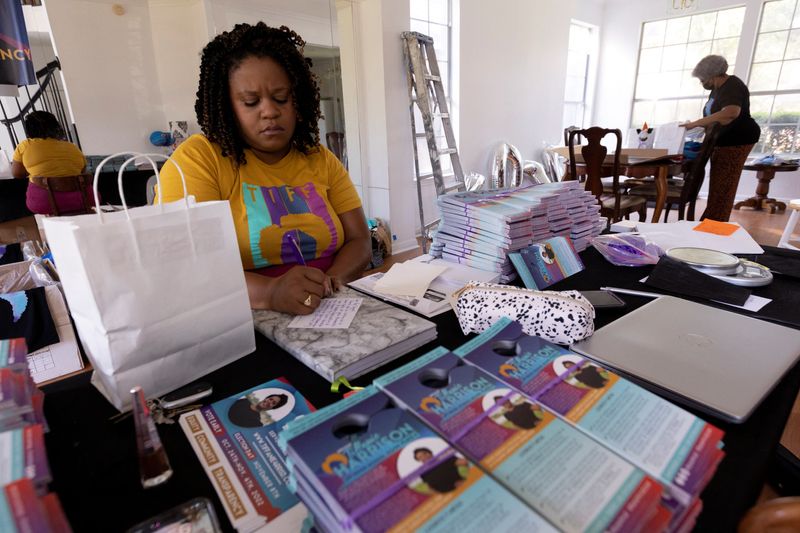