Although higher than in August, China’s September crude imports of 9.79 million barrels per day were 2% below a year earlier, customs data showed on Monday, as independent refiners curbed throughput amid thin margins and lacklustre demand.

Uncertainty over China’s zero-COVID policy and property crisis are undermining the effectiveness of pro-growth measures, ING analysts said in a note, even though third-quarter gross domestic product growth beat expectations.

Ongoing strength in the U.S. dollar, which was up again for part of the trading session following another suspected foreign exchange intervention by Japan, also posed problems for oil prices. A stronger dollar makes oil more expensive for non-U.S. buyers.

“Further dollar strength would weigh on WTI values with a test of our expected downside at the 79.50 mark likely by week’s end,” said Jim Ritterbusch of Ritterbusch and Associates.

Oil prices regained some ground after data that showed U.S. business activity contracted for a fourth straight month in October, with manufacturers and services firms in a monthly survey of purchasing managers both reporting weaker client demand.

S&P Global said its flash U.S. Composite PMI Output Index, which tracks the manufacturing and services sectors, fell to 47.3 this month from a final reading of 49.5 in September.

That weakening could indicate that the U.S. Federal Reserve’s interest rate increases to fight inflation have been working and may persuade it to slow its rate hike policies, a positive signal for fuel demand, said Phil Flynn, an analyst at Price Futures group.

“The miss on the PMI number is a sign that the economy may be slowing a bit, which turns out to be bullish,” Flynn said.

Brent rose last week despite U.S. President Joe Biden announcing the sale of a remaining 15 million barrels of oil from the Strategic Petroleum Reserves, part of a record 180 million-barrel release that began in May.

Biden added that his aim would be to replenish stocks when U.S. crude is around $70 a barrel.

But Goldman Sachs said the stocks release was unlikely to have a large impact on prices.

“Such a release is likely to have only a modest influence (<$5/bbl) on oil prices”, the bank said in a note. 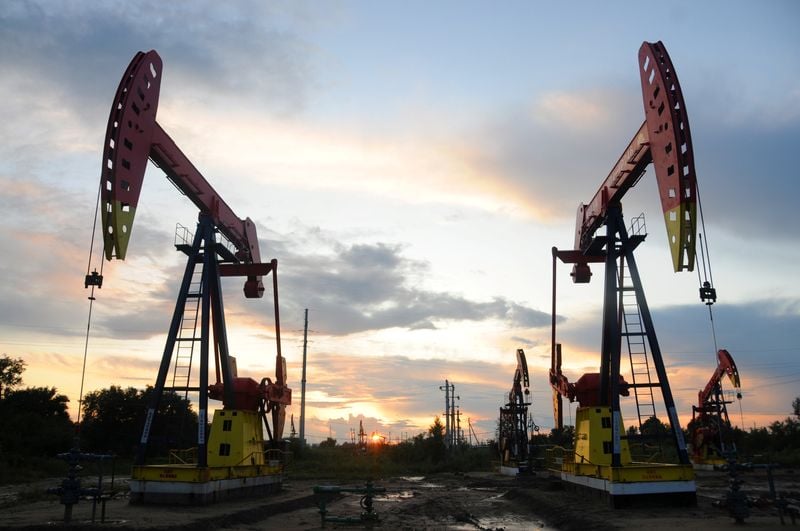