By Luc Cohen and Jody Godoy

NEW YORK (Reuters) -Tom Barrack, a onetime fundraiser for former U.S. President Donald Trump, denied in court on Monday that a United Arab Emirates government official asked him to secretly work for the country in the United States.

Federal prosecutors in Brooklyn said Barrack used his influence with Trump’s election campaign and administration to push the UAE’s interests in 2016 and 2017 without notifying the U.S. attorney general, as required by law. They say Emirati sovereign wealth funds invested $374 million in Barrack’s private equity firm Colony Capital, now known as DigitalBridge Group Inc, in 2017 and 2018.

Barrack, 75, has pleaded not guilty. He is scheduled to resume testifying on Tuesday.

Testifying in his own defense on Monday, he said that UAE national security adviser Sheikh Tahnoun bin Zayed Al Nahyan did not ask him to act at the country’s direction during a meeting in 2016.

Instead, Barrack said that during the meeting he suggested Sheikh Tahnoun meet directly with Trump and help develop the then-candidate’s understanding of the Arab world. Barrack also looped in Trump campaign manager Paul Manafort and Jared Kushner, who he knew to be active in Middle East affairs.

“I thought it would be beneficial for all of them to at least create a dialogue,” he said.

To prove Barrack was a UAE agent, prosecutors must prove he agreed to act under the Middle Eastern country’s direction or control.

Barrack sought to undermine that assertion in other ways during his testimony on Monday, saying he had investors in several countries besides the UAE, including Kuwait and Qatar. Acting at the direction of one country was “impossible,” he said, as it would jeopardize his relationships with others.

During the month-long trial, prosecutors have showed jurors text messages and emails indicating that Emirati officials provided feedback to Barrack on what he should say in television interviews and an opinion article about U.S. policy toward the Middle East in 2016 and 2017, and gave input about what Trump should say about energy policy in a 2016 presidential campaign speech.

Barrack’s lawyers have previously argued his interactions with Emirati officials were part of his job running Colony Capital. They have said that even in instances where his interests may have aligned with the UAE’s, Barrack was acting on his own volition.

In a post on his Truth Social platform on Sunday night, Trump said he did not believe Barrack was a UAE agent, and that Barrack never spoke to him about speeches or “what to say on this subject.”

“Tom Barrack is a highly respected businessman whose DREAM was to see PEACE IN THE MIDDLE EAST, a very good and noble thing,” Trump wrote. “He is being unfairly persecuted only because he is a supporter of ‘Trump.'”

Barrack said on the stand that while he thought of Trump as “instinctively brilliant” and saw his presidency as a chance to help negotiate peace in the Middle East, his connection to Trump drew opposition from Colony investors. 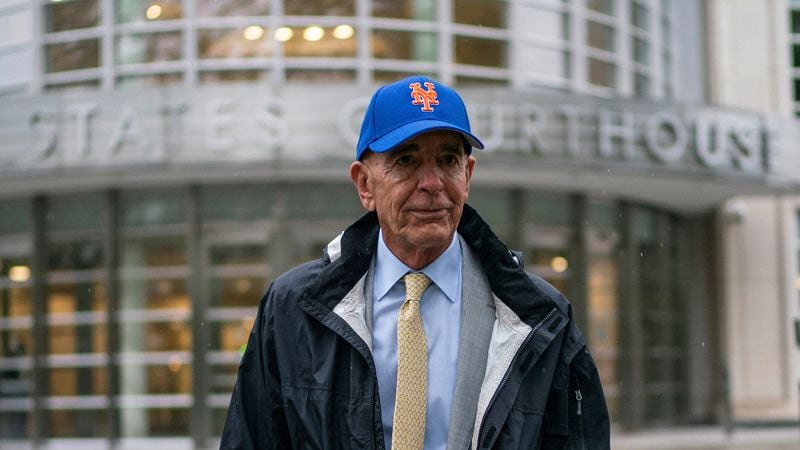