WASHINGTON (Reuters) – The criminal trial of Stewart Rhodes, the founder of the Oath Keepers right-wing militia group, and four associates over their roles in the Jan. 6, 2021, attack on the U.S. Capitol was delayed on Monday after he tested positive for COVID-19.

Rhodes and his four co-defendants – Jessica Watkins, Thomas Caldwell, Kenneth Harrelson and Kelly Meggs – are charged with seditious conspiracy, a rarely prosecuted crime defined as attempting “to overthrow, put down or to destroy by force the government of the United States.”

Rhodes remains in “total isolation” in jail, his lawyers said. U.S. District Judge Amit Mehta asked the parties to return on Tuesday morning to discuss how to proceed with the trial, which began last month.

Members of the Oath Keepers were among the supporters of Republican then-President Donald Trump who stormed the Capitol, attacked police and sent members of Congress scrambling for their safety in a failed effort to prevent lawmakers from certifying his 2020 U.S. election loss to Democrat Joe Biden.

Prosecutors have said the Oath Keepers planned a “quick reaction force” of armed members who waited at a hotel in northern Virginia with firearms they could transport across the Potomac River into Washington if called upon. Defense attorneys have said that the defendants traveled to Washington to provide security for speakers at pro-Trump rallies and maintained that they had no plot to take the Capitol by force.

A juror in the case was excused last week after testing positive for COVID-19. Although officials have lifted a previous mandate to wear a face mask inside the federal courthouse in Washington, Mehta has required those inside his courtroom to continue wearing one unless speaking during the trial.

Defense attorney Edward Tarpley said he has been unable to confer with Rhodes because the defendant remains isolated and cannot accept phone calls.

Defense lawyers said they intend to ask Rhodes if he would potentially agree to appear virtually or waive his appearance while the prosecution questions several “inconsequential witnesses.” It remained unclear if the jail could make such an accommodation or if Mehta would be willing to allow it.

(Reporting by Sarah N. Lynch; Editing by Will Dunham) 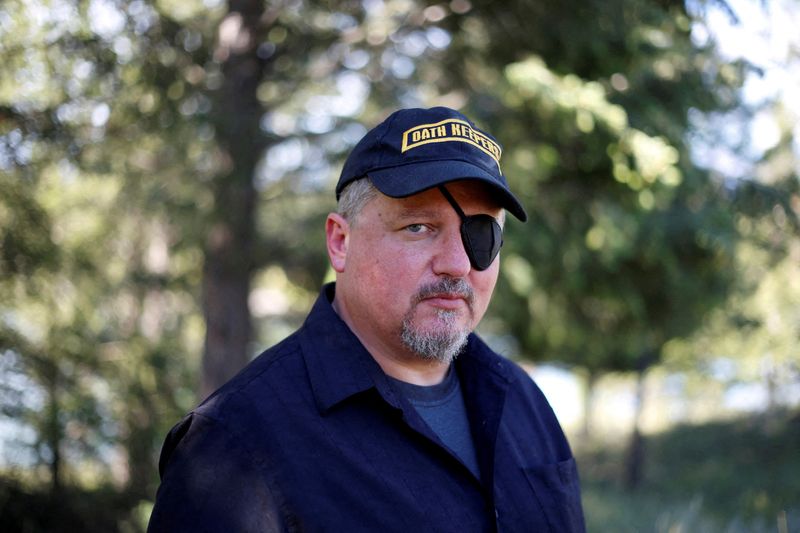