(Reuters) – Michigan jurors on Tuesday began deliberations in the trial of three men accused of assisting in an elaborate plot two years ago to kidnap Michigan Governor Gretchen Whitmer in opposition to strict coronavirus restrictions imposed during the pandemic.

After two weeks of testimony in Jackson County Circuit Court, the court said the jury is weighing the evidence against Joseph Morrison, 28, his father-in-law Pete Musico, 44, and Paul Bellar, 23.

The men, charged with gang membership, firearm violations and providing material support for terrorism, face 20 years in prison if convicted. They have pleaded not guilty.

The three are among 14 men arrested in October 2020 and charged with state or federal crimes in the alleged kidnapping conspiracy.

Prosecutors said the men were members of the Wolverine Watchmen, a militia group that planned to break into the Democratic governor’s vacation home, kidnap her and take her away at gunpoint to stand “trial” on treason charges. The alleged conspirators hoped that the abduction would lead to a violent uprising and instigate a civil war, prosecutors said.

Prosecutors said the plot was motivated by opposition to coronavirus restrictions imposed by the governor and grievances related to the 2020 presidential election.

Defense attorneys for the men argued they did not know of a plan to kidnap the governor and that their actions were protected by the First and Second Amendment of the U.S. Constitution, the Detroit News reported.

Morrison and Musico were accused of hosting tactical training sessions on their property in a remote part of Michigan, while Bellar was accused of providing plans for tactical maneuvers, coded language for covert communication and ammunition.

“They promoted terrorism, they sought out terrorists and when they found them, they trained them,” Assistant Attorney General Sunita Doddamani said during closing statements.

In August, a federal jury in Grand Rapids convicted Adam Fox and Barry Croft Jr. of conspiracy in the plot. Two other defendants were found not guilty in the first federal trial.

In September, a federal judge reduced the sentence of Ty Garbin, who pleaded guilty to participating in the plot after his testimony helped convict Fox and Croft.

Kaleb Franks, who also pleaded guilty to playing a role in the scheme, was sentenced to four years in prison earlier this month after serving as a key witness in the case against Fox and Croft.

(Reporting by Brendan O’Brien in Chicago; Edited by Alistair Bell) 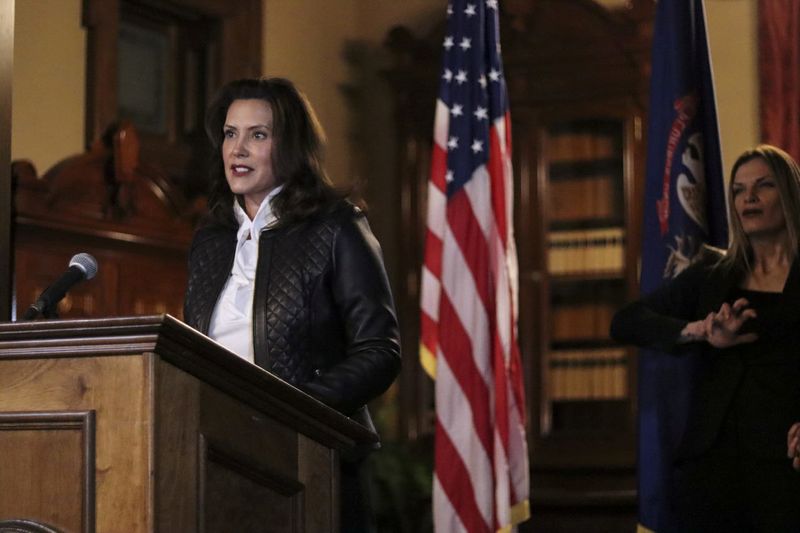