LONDON (Reuters) -Rishi Sunak became Britain’s third prime minister in two months on Tuesday and pledged to lead the country out of a profound economic crisis and rebuild trust in politics.

Sunak quickly reappointed Jeremy Hunt as his finance minister in a move designed to calm markets that had balked at his predecessor’s debt-fuelled economic plans.

The former hedge fund boss said he would unite the country and was expected to name a cabinet drawn from all wings of the party to end infighting and abrupt policy changes that have horrified investors and alarmed international allies.

Speaking outside his official Downing Street residence, Sunak praised the ambition of his predecessor Liz Truss to reignite economic growth but acknowledged mistakes had been made.

“I have been elected as leader of my party and your prime minister, in part to fix them,” said Sunak, who broke with the tradition of standing beside his family and cheering political supporters.

“I understand, too, that I have work to do to restore trust, after all that has happened. All I can say is that I am not daunted. I know the high office I have accepted and I hope to live up to its demands.”

Sunak said difficult decisions lay ahead as he looks to cut public spending. Hunt, who Truss appointed to calm markets roiled by her dash for growth, has been preparing a new budget alongside borrowing and growth forecasts due out on Monday, and repeated his warning on Tuesday that “it is going to be tough”.

The new prime minister also restored Dominic Raab to the post of deputy prime minister, a role he lost in Truss’s 44 days in office, but reappointed James Cleverly as foreign minister and Ben Wallace at defence.

Penny Mordaunt, who ended her bid to win a leadership contest against Sunak on Monday, also retained her position as leader of the House of Commons, a role that organises the government’s business in the lower house of parliament.

Sources had said she wanted to become foreign minister.

With his new appointments, Sunak was seen to be drawing ministers from across the Conservative Party while leaving others in post – a move that should ease concerns that Sunak might appoint loyalists rather than try to unify the party.

Sunak, one of the richest men in parliament, is expected to slash spending to plug an estimated 40 billion pound ($45 billion) hole in the public finances created by an economic slowdown, higher borrowing costs and an energy support scheme.

He will now need to review all spending, including on politically sensitive areas such as health, education, defence, welfare and pensions. But with his party’s popularity in freefall, he will face growing calls for an election if he ditches too many of the promises that the Conservatives win election in 2019.

Economists and investors have welcomed Sunak’s appointment – Ryanair boss Michael O’Leary said the adults had taken charge again – but they warn he has few options to fix the country’s finances when millions are battling a cost of living crunch.

Sunak, who ran the Treasury during the COVID-19 pandemic, promised to put economic stability and confidence at the heart of the agenda. “This will mean difficult decisions to come,” he said, shortly after he accepted King Charles’s request to form a government.

Sunak also vowed to put the public’s need above politics, in recognition of the growing anger at Britain’s political class and the ideological battles that have raged ever since the historic 2016 vote to leave the European Union.

Workers heading towards London’s financial district said Sunak, at 42 Britain’s youngest prime minister for more than 200 years and its first leader of colour, appeared to be the best of a bad bunch.

“I think he was competent, and that’s really what we should hope for at the moment,” said management consultant, James Eastbook, 43.

With two prime ministers appointed in two months without a popular vote, some called for a general election now but others hoped Sunak would stay until the next scheduled election, due by January 2025.

Sunak, a Goldman Sachs analyst who only entered parliament in 2015, faces a challenge ending the factional infighting that has brought his party low. Many Conservatives remain angry with him for quitting as finance minister in July and triggering a wider rebellion that ended Boris Johnson’s premiership.

Others question how a multi millionaire can lead the country when millions of people are struggling with surging food and energy bills.

“I think this decision sinks us as a party for the next election,” one Conservative lawmaker told Reuters.

Historian and political biographer Anthony Seldon said Sunak would also be constrained by the mistakes of his immediate predecessor.

“There is no leeway on him being anything other than extraordinarily conservative and cautious,” he told Reuters.

Many politicians and officials abroad, having watched as a country once seen as a pillar of economic and political stability descended into brutal infighting, welcomed Sunak’s appointment.

U.S. President Joe Biden described it as a “groundbreaking milestone”, while leaders from India and elsewhere welcomed the news. Sunak’s billionaire father-in-law, N.R. Narayana Murthy, said he would serve the United Kingdom well.

“We are proud of him and we wish him success,” the founder of software giant Infosys said in a statement.

(Writing by by Kate Holton and Elizabeth Piper; Editing by Hugh Lawson and Jon Boyle) 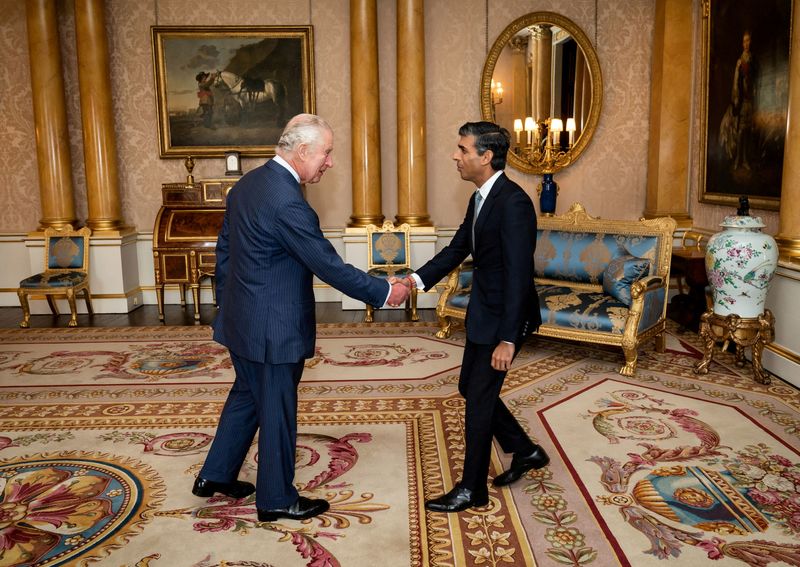 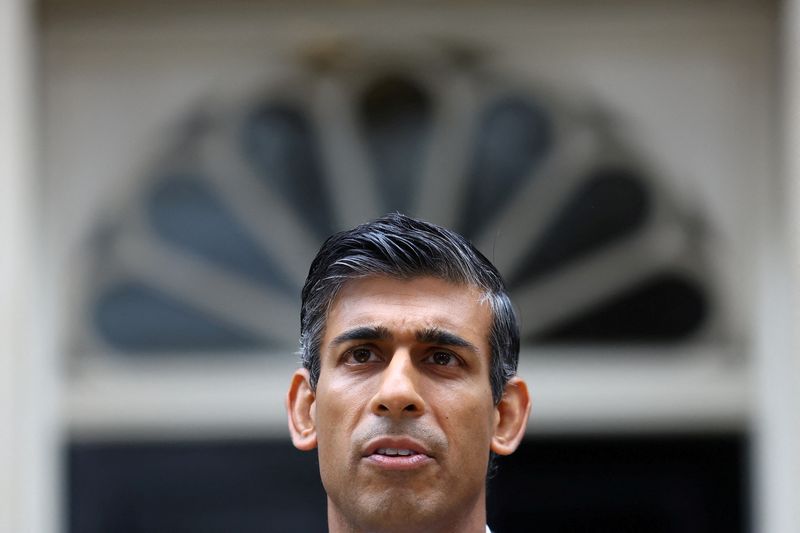 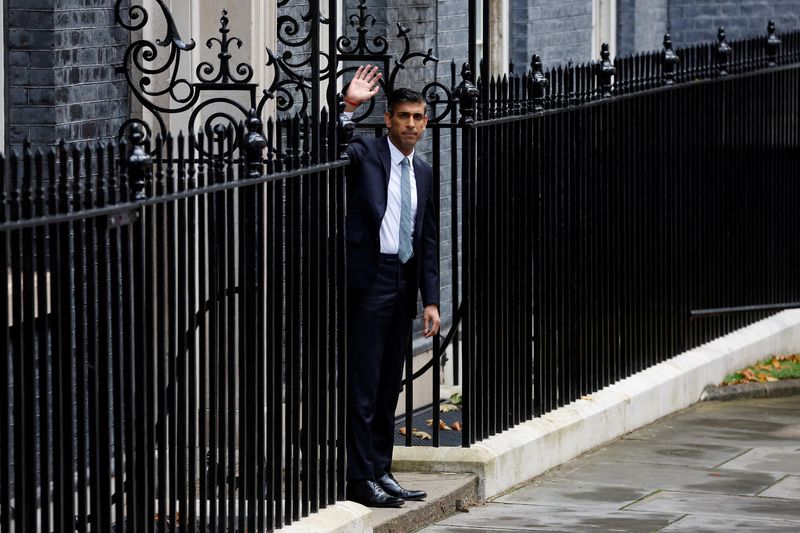 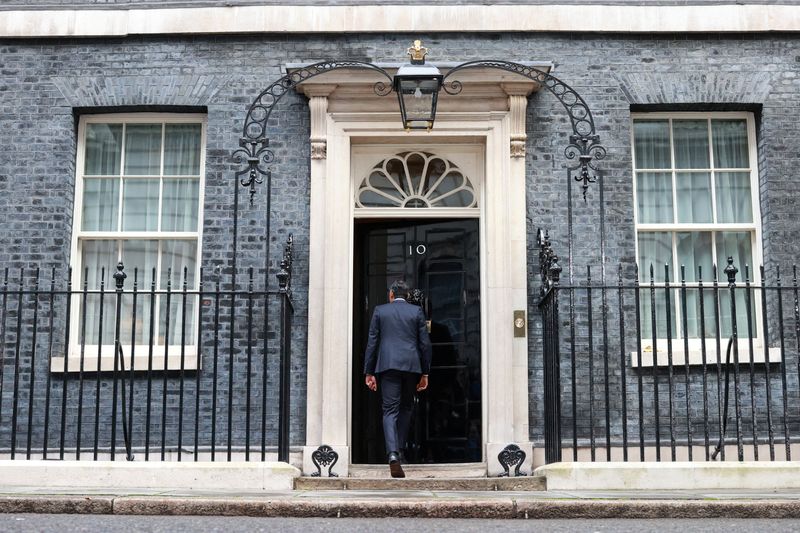 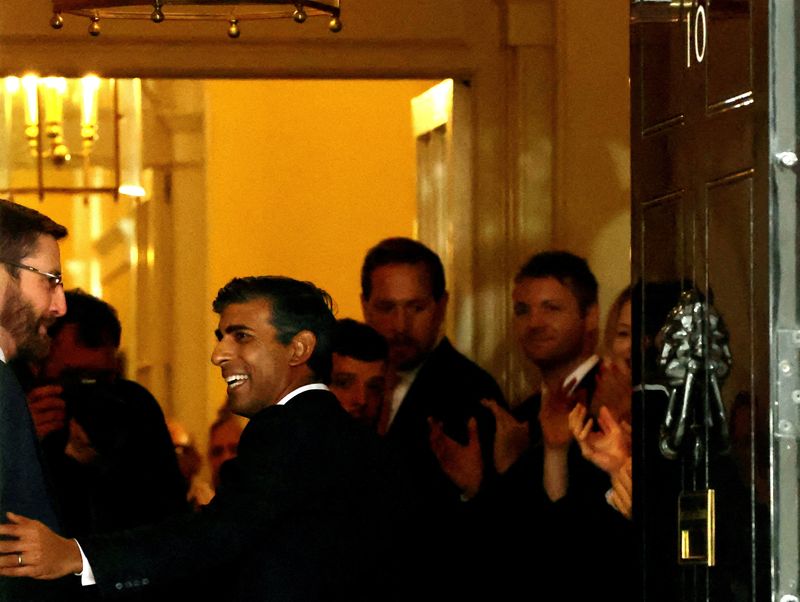