BERLIN (Reuters) – Russia’s sustained drone attacks represent a new low point in its war against Ukraine but are also a sign of Moscow’s desperation, German Chancellor Olaf Scholz said at a conference on Tuesday to plan for Ukraine’s reconstruction.

But Germany’s own history showed that it was possible to rebuild even after a devastating war, and so it was important to plan for Ukraine’s future as a prosperous and democratic European Union member and exporter of green energy and high-tech goods.

“This conference is about creating a Marshall Plan for the 21st century,” he said, opening the Berlin conference. “The commitment to Ukraine as an EU member is one of the most consequential geopolitical decisions of our time.” 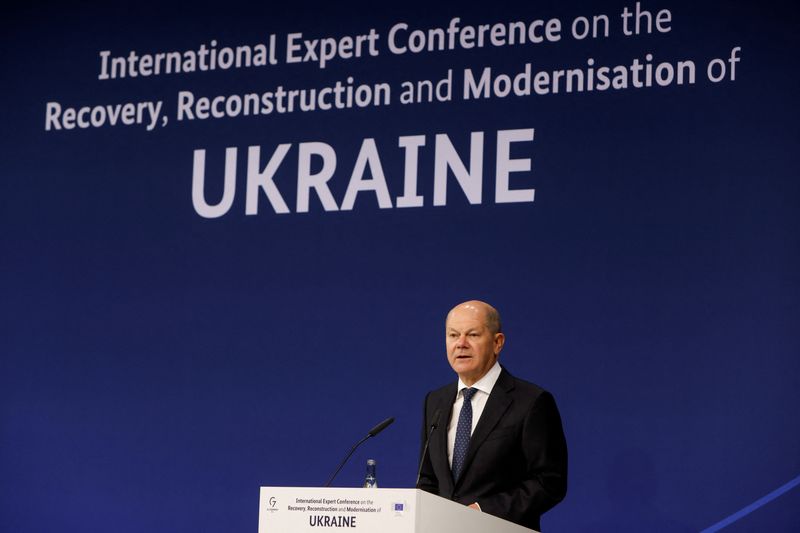